TRUMP’S LESSONS IN THIS TIME OF PLAGUE 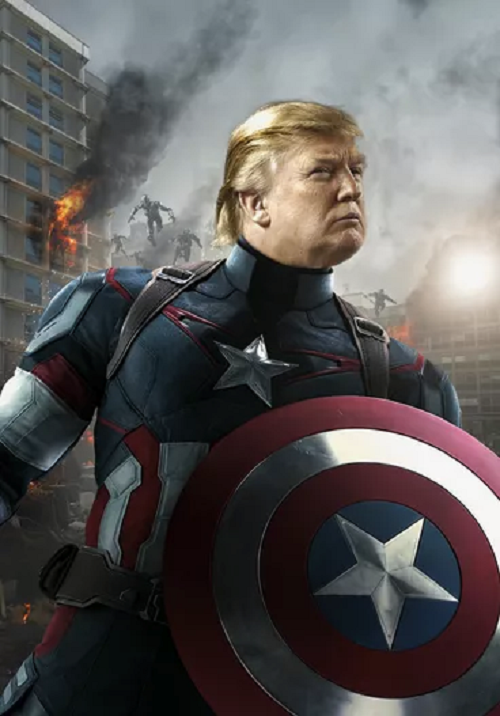 From the outset, he oddly seemed to have believed that having navigated the jungles of the Manhattan real estate market—crooked politicians, mercurial unions, neighborhood social activists, the green lobby, leery banks, cutthroat rivals—better prepared him for the job than did a 30-year tenure in the U.S. Senate.

Certainly, candidate and then President Trump’s strident distrust of China was annoying to the American establishment.

The Left saw China in rosy terms as the “Other” that just did things like airports, high-speed rail, and solar panels better than did America’s establishment of geriatric white male has-beens.

Many on the Right saw China as a cash cow that was going to take over anyway, so why not milk it before the deluge?

In sum, conventional Washington wisdom assumed that appeasing the commercial banditry of an ascendant China, at best might ensure that its new riches led to Westernized political liberalization, and at worst might at least earn them a pat on the head from China as it insidiously assumed its fated role as global hegemon.

Trump once enraged liberal sensibilities by issuing travel bans against countries in the Middle East, Iran, Nigeria, and North Korea as they could not be trusted to audit their own departing citizens. His notion that nations have clearly defined and enforced borders was antithetical to the new norms that open borders and sanctuary cities were part of the global village of the 21st century.

He has waged a veritable multifront war against the overreach of transnational organizations, whether that be the European Union or the various agencies of the United Nations. Even relatively uncontroversial steps, such as greenlighting experimental drugs and off-label uses of old medicines for terminal patients drew the ire of federal bureaucrats and medical schools as potentially dangerous or irrelevant in cost-benefit analyses.

Yet since the outbreak of the virus, Trump’s idiosyncratic sixth sense has come in handy. The country is united in its furor at China—even if it is giving no credit to Trump for being years ahead of where it is now.

No longer is there a national debate over the evils of “protectionism” and “nationalism,” but rather over how quickly and effectively can the U.S. return the manufacturing of key medical supplies, pharmaceuticals, strategically vital technologies, and rare earth metals to American shores.

Not long ago, pundits and politicians were startled to hear Trump in his grating Queens accent berate Chinese “cheating,” as he invoked Neanderthal remedies like tariffs and boycotts.

Today, even liberals are furious that the Chinese Communist Party put their families and businesses at risk by systematically lying about the origins, transmission, and lethality of the coronavirus. When you need a mask or antibiotic, it can cut through a lot of political rhetoric.

When Trump issued the key January 31 travel ban that suddenly stopped the arrival of 15,000 visitors per day to the United States from China, the Left was as outraged as it had been with the ban against Libya, North Korea, and Iran.

Candidates Joe Biden and Bernie Sanders saw an opening against their presumed 2020 opponent, and quickly sought to demagogue voters with “here-we-go-again” rhetoric that racist Trump is banning free travel of a marginalized people in his habitual “xenophobic” and “racist” fits.

That Trump shortly extended the ban to all of Europe—and eventually was followed by almost all nations of the world—did not mean he was not simultaneously caricatured as a nationalist rube.

How odd that no prior critical major newspaper, network, or politician has now called for the end of such unnecessary and hurtful bans and the resumption of travel from China without further interruption—especially now that we are told by CNN and MSNBC that the Communist Party apparat has all but ended the virus or at least is far more competent than the Trump Administration.

What made Trump a renegade Republican was his appeal to the deplorables, irredeemables, clingers, and dregs, whom the national media and elite had derided as toothless, smelly, fat, superstitious, bigoted, racist, superfluous, addicted, and toxic.

Those at Trump rallies were deemed mindless if not scary. Yet Trump claimed he felt more at home with them than with the national press corps on the night of the White House Correspondents’ Dinner.

When 150 million Americans were barricaded behind their doors, corporate lawyers did not deliver their food. Dropping Harvey Weinstein’s name to the guy shelving hand cleanser didn’t mean anything.

The chatterbox Rachel Maddows of the world were not growing fruits, beef, vegetables, and grains for those behind locked doors.

Those pro-Chinese NBA stars were not needed to ensure toilet paper on the shelves, any more than loudmouths like Cher and Madonna were up all night in the emergency room or checking groceries at Costco.

It was not the beautiful people, not the best and brightest, not the globetrotters and cognoscenti who were pulling the country through, but their antitheses, the rubes and assemblers who never learned to code.

We are learning, belatedly, that Trump was also rightly wary of transnationalism.

The World Health Organization in the early weeks of the outbreak was mostly a paid-for Chinese megaphone. Its functionary director propagandized, on Chinese prompts, that the virus was likely not transmissible from human to human and that travel bans were ineffective and thus reflective of Trump’s repugnant views.

Americans were startled at how quickly the brotherhood of the European Union collapsed. Within days, individual countries were ignoring the Schengen open-borders rules and reinvented themselves as nations. None were eager to welcome in their neighbors.

Few were willing to share medical supplies and key pharmaceuticals across ancient boundaries. And fewer still wished to allow even more illegal aliens from the Middle East and North Africa to continue to pour into their nations.

The quite diverse manner in which Germany and Italy respectively reacted to the virus showed very little European commonality, but reflected that both were unique cultures and societies as they had been for centuries.

In sum, the virus panic gave Americans some idea how the European Union might act during a war or invasion—each country likely cutting deals with the invader, and double-crossing one another, with the most virtuous in abiding by EU canons in a suspicious climate, also the most likely to suffer the quickest defeat.

Here at home, under the present lockdown conditions, Americans worry about finding their needed but long-ago outsourced prescriptions and medical supplies, but they are not so fearful of running out of food or fuel for their vehicles and heat for their homes.

Was it good then to have demanded expansions of native gas and oil production, to have supported pipeline construction and more fracking and horizontal drilling? Was it in retrospect wise or foolish to have tried vehemently to stop California authorities from releasing precious state and federal reservoir water out to sea thereby shorting the irrigation contracts of the nation’s most important food producer?

At such times as these, was it smarter to trust in bureaucracies like the CDC to issue test kits or to encourage private enterprise to step forward and become creative producers?

What is one to make of gun stores in liberal cities and counties of all-blue California mobbed by potential gun owners, many of whom had no prior experience with firearms, but plenty of fears that law enforcement would not or could not enforce laws respecting shoplifting, burglary, and assault during the lockdown?

When the jails are emptying, was it then wiser to have a pro-Second Amendment president or one who wished to restrict the availability of guns and ammunition, Beto O’Rourke style?

In short, Trump’s prior initiatives eased the implementation of many of his most effective orders during this crisis.

And his general suspicions about China and globalization, his distrust of bureaucratic regulations, his support for domestic production of key industries, his promotion of the interests of farmers and frackers, and his vehement opposition to increased gun control, all reflect a world view of national and self-independence, in which Americans can only count on themselves and their fellow citizens.

Trump often loudly and crassly pushed these policies. He fought tooth and nail with his opponents. He replied with nuclear tonnage to preemptive media and political attacks on his person and family.

All that also might suggest that presidents really should start being judged by their actions rather than the degree of mellifluousness of their words—yet another lesson from this time of plague?