TRUMP SHOULD FIRE MCMASTER AND THE ENTIRE NSC STAFF 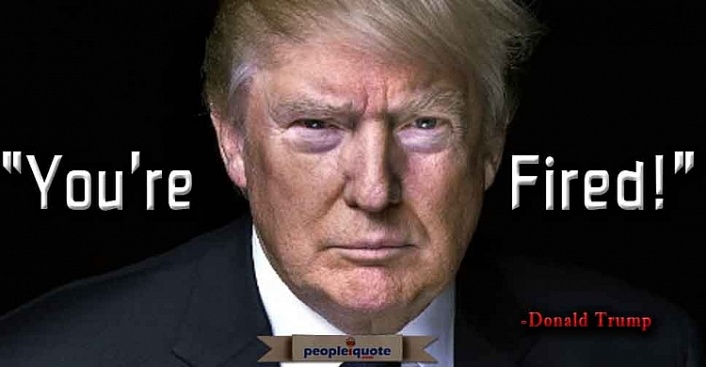 When the Washington Post last Thursday (8/03) published annotated transcripts of President Trump’s Oval Office telephone conversations with the presidents of Mexico and Australia respectively, citing an NSC controlled transcript as the source, inestimable damage was done to the United States’ ability to conduct foreign policy.

No wonder this is being called MOAL – Mother of All Leaks – as it is more damaging than the others by several orders of magnitude:

“Has the press gone mad? Do they not understand the consequences of what the Post has done? Are they so involved in their petty gossip that they don’t realize the Post has just endangered the ability of our President to communicate frankly and in private with anyone?

And it’s not just our president.  It’s every leader in the world, and top officials, and business and military leaders, and anyone else whose private words, made public, might further some political interest with access to intelligence and the press.  The Washington Post and its sources have forever cast a pall upon frank and free speech around the world.”

No foreign leader can speak with President Trump or any future president now without at least a worry that his or her words will be released.

No honest back and forth discussion of ideas can occur, because that exchange of possibilities could be career- or even life-ending for some leaders around the world.

The politically motivated leak by the supposedly apolitical NSC staff that resides in the White House itself, has effectively turned the Oval Office into a ceremonial room.

Why should McMaster be fired for the actions of his subordinate(s)?

As a military man, the general himself should appreciate that when a leader loses control of those in his command, he needs to be removed. And unless McMaster is the leaker himself, he clearly no longer has the ability to protect the interests and secrets of the United States.

The attorney general and the director of National Intelligence have now jumped into the fray with AG Sessions saying Friday (8/04) that the Justice Department, “won’t hesitate to bring charges against leakers.”

Sessions has said that there were a stunning amounts of leaks, flatly declaring, “We will not allow rogue, anonymous sources with security clearances to sell out our country.”

The first step in the Justice Department investigation should be to rescind the security clearance for every member of McMaster’s NSC team. Then they should all be fired but allowed to reapply upon a full and complete background check.

Given the severity of the breaches, it is reasonable to demand this basic, additional safeguard for our nation’s protection.

Our national security and the trust of every other nation in the world has been compromised by criminals operating with security clearances at the NSC and elsewhere in our government.

While in a court of law, these taxpayer-paid actors are entitled to the presumption of innocence, they have no such presumption when it comes to accessing the secrets of the United States government.

With the unprecedented, politically motivated leaking occurring under McMaster’s watch, an honorable man would offer his resignation for having failed his duty to the president. And the president should accept it.

Barring McMaster’s decision to take that course, it is incumbent upon President Trump to remove the National Security Adviser from office.

As part of his exit interview, Lt. General McMaster should also be required to take a lie detector test. After all, he is the outgoing leader of the NSC team that decided to declare war on the elected president of the United States.

Richard Manning is President of Americans for Limited Government.  This article was originally published by Fox News.