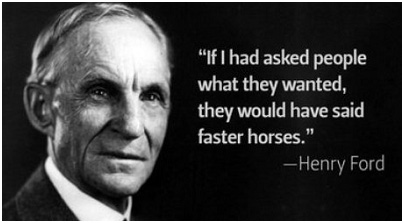 [ssba]The year is 2020.  We’re in the South China Sea on a US Navy Zumwalt-class destroyer with a crew of 140.  The Navy has decided not to put any of its $11 billion Ford-class supercarriers with its officers and crew of 4,300 at risk here.  There’s no longer any need.

We’re patrolling off the coast of Vietnam in cooperation with the Vietnamese, Indian, and Japanese Navies.  Tensions are sky high with the Chicoms threatening war unless “their” sea is entirely evacuated by “foreign aggressors.”  In the past few days, Chicom bellowing has reached a fever pitch.

Suddenly the ship’s over-the-horizon radar screams the warning – the PLA has launched several YJ-62A cruise missiles aimed directly at us from its base on Yongxing (”Woody”) island in the Paracel group 250 miles away.  Skimming just 30 feet above the sea at a speed of 600mph, their 460lb explosive warheads will slam into us in less than 20 minutes.

The captain smiles and calmly orders the railguns operational.  Within moments, two dozen 22lb GPS-guided fin-stabilized tungsten projectiles are electromagnetically accelerated out of the launch tubes at 30,000 times the force of gravity with no explosives or propellant.  At Mach 7 – over 5,000mph (almost 3 times faster than a M16 rifle bullet) – it takes less than 90 seconds to hit the Chicom missiles and vaporize them.

We never see a thing – it’s far beyond our horizon.

But only half of the railgun projectiles targeted the missiles.  The other half targeted the PLA’s YJ-62 launch sites on Yongxing. The impact detonates the YJ-62 stocks. They are obliterated.

Now let’s go back 30 years – to 2010.  An executive from General Atomics is giving a briefing to a fleet of admirals in the Pentagon on how his company’s railgun can revolutionize naval warfare.

“A cruise missile costs over a million dollars.  A railgun projectile costs $25,000.  No explosives, no propellant, at 22 pounds a small destroyer can store a thousand.  The time from threat alert to its destruction is measured in a few short minutes….”

As he ticked off the undeniable benefits, he could see some of the admirals were becoming agitated.  After he finished his presentation, one of them angrily accosted him.  Physically grabbing his lapels, the admiral growled, “What do you think you’re trying to do – make our aircraft carriers obsolete?”

Spoken like a taxicab driver threatened by Uber, a hotel manager by Airbnb – or a buggy whip maker obsoleted by Henry Ford.  This story is true, by the way.

Yesterday (9/07) in Philadelphia, The Donald gave a rousing speech on building up our military.  Heavens knows we need that after 8 years of Zero trying to ruin it. But certainly what’s not needed is just more stuff.

Take the trillion-dollar F-35 boondoggle, for example, “the greatest white elephant in US military history.”  The good old F-16 eats its lunch.  The new innovative technology like GA’s railgun leaves most big-ticket extravaganzas like aircraft carriers and manned bombers in the dust.  Manned bombers?  How 20th Century can you get?

Trump wants more soldiers, 61,000 more in the Army, 4 more Marine battalions.  Fine.  What he should also want is fewer officers.  The Navy now has hundreds of more admirals than ships.  There are over a thousand admirals and generals in our military today, with chauffeurs, servants (called “aides”), and private jets. It’s called Brass Creep and it’s totally out of control.

And let’s not get started on Zero’s homosexualization of the military.  What will a President Trump do about that?

At the Burning Man pretend utopia in the Nevada desert on Sunday (9/04), envious thugs vandalized one of the camps for enjoying things they didn’t have, calling it a “revolution against rich parasites” just like any Communist or Mussolini Fascist.  Organizers of Burning Man supported the vandals.

Trump can talk all he wants about how to make America “great” again, how he wants to create jobs, how he wants better trade deals, how he wants to bring manufacturing back to the US from overseas.  Fine, go for it.  Almost anything he does will be better – as in gargantually better – than Hacking Hillary who will do her best to make it worse (except for her cronies).

I believe that Trump’s heart is in the right place, while Hillary’s is in a deep dark hideous hole.  Nonetheless, there’s something he needs to understand about economics – namely, that the key to it, the key to whether a society prospers or pauperizes, has nothing to do with economics.

The real key is social-cultural-moral, not economic.  The key to all that Trump wants to achieve is this:  What counts more than anything else is the extent to which a society permits innovation – what Austrian economist Joseph Schumpeter (1883-1950) called Creative Destruction.

America, to a degree like never before, is stagnating with an economy run by crony-phony capitalists, crooked politicians, and envious fascisti bureaucrats.  The innovative exceptions that slipped through their cracks – like fracking – are saving our economy.

I am asking Trump to be a champion of creative destruction.  Now since he’s running for president and doesn’t want to frighten the horses, it would be better if he used a euphemism – a term better nuanced to elicit positive relaxed emotions when you hear it.

That term, a euphemism for creative destruction meaning the same thing, is: Permissionless Innovation.

Get the crooked politicians and their cronies, the envious environmentalists, the warmist scammers, the vast hordes of thuggish bureaucrats with their guns and regulations, the corporate monopolists the hell out of the way, sweep them into the gutter, and let innovators create new ways of doing things that no one ever thought of before, making their competition obsolete.

America is the Land of the New, of Innovation, like no other on earth.  Yet it is stagnating at 1.1% growth and tens of millions unemployed or grossly underemployed while its innovators are hamstrung with government regulations, permissions, crony subsidies, and a plethora of other obstacles.

Get all this garbage thrown in the trash and you’ll see a US economy with GDP growth numbers through the roof, the good jobs and return of manufacturing that Trump wants for all Americans.

For innovation isn’t just about technology.  As Veronique de Rugy makes clear in Beyond Permissionless Innovation:

“As Wall Street Journal columnist Gordon Crovitz summed up nicely in a 2014 piece, ‘The freedom to innovate without asking permission should become the rule for all U.S. industries, not the rare exception.’ But why stop there?

Just as innovators shouldn’t have to ask the government before they can bring new products to consumers, people who want to try out new arrangements for living their lives or making their livings shouldn’t have to ask for permission, either. So long as everyone respects everyone else’s rights, why can’t we have permissionless consumption, employment, entertainment, and more?

This means people shouldn’t be subjected to employment barriers set up by lawmakers—usually at the behest of special interests—that limit their ability to start a business.

Occupational licensing laws that require expensive and time consuming training and certification from the state to become a hair-braider, an interior decorator, or a horse masseuse (yes, really) have no place in a permissionless employment world. Nor do ‘certificate of need’ laws that force people to literally ask a government agency for the authority to start a new small business or expand an existing one.”

That’s the way for Trump to achieve the sort of opportunity he wants to give Black Americans and all Americans in general.

You will no longer need the permission of government to live, work, and innovate should be the primary economic message of his campaign – and his presidency.  It’s the way to achieve his goal with astounding success.