THERE IS NO GOP CIVIL WAR 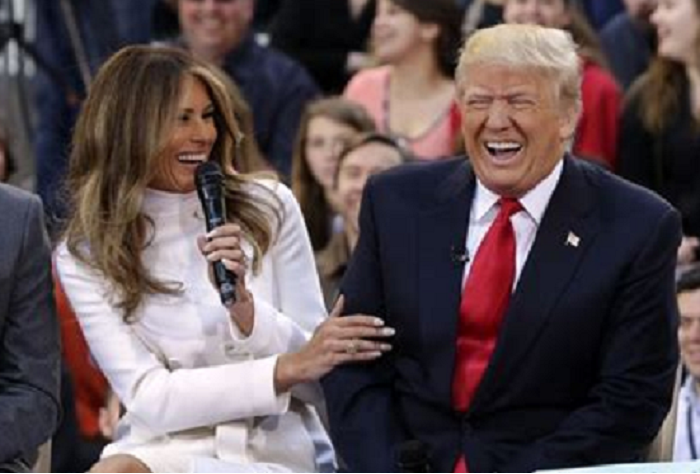 In the film “Wag The Dog,” Robert De Niro plays a political fixer who produces a fake war to save a president from a scandal.

In one seminal scene, William H. Macy plays a CIA operative who tells De Niro’s character that there is no war. But the fixer has an answer; he says of course there is a war, because he is watching it on TV. We find ourselves in a similar place on the supposed Republican civil war in the wake of the non-leftist Capitol riot.

Let’s be perfectly clear: there is no civil war in the GOP, no major schism, no two sides battling for control of the party of Lincoln.

Poll after poll shows us that Republican voters overwhelmingly see Donald Trump as the leader of the party. Senate Minority Leader Mitch McConnell and Rep. Liz Cheney’s hopes that voters would abandon Trump have been dashed on the cliffs of reality.

So why is the media pretending that some major battle for the future of the GOP has been joined?

One reason is quite simply the desire to keep the profitable Trump story going. After spending five years addicted to easy bait and click stories, the media is loathe to give Trump up. Stories of him, Machiavelli-like, plotting and planning in the glam quarters of Mar a Lago are too tempting to resist.

The right sort have been mocking Republicans like House Minority Leader Kevin McCarthy and Sen. Lindsay Graham for heading to Florida to kiss Trump’s ring. But why wouldn’t they?

Trump’s populist, America First presidency was wildly popular among conservatives. His willingness to be the first Republican to fully engage the culture war also gave a new meaning and purpose for the party even in defeat.

Let’s look at what each side is offering and compare. The Trump wing, otherwise known as 90 percent of the GOP, is offering a laser focus on American jobs, a firm hand at the border, and a foreign policy that doesn’t kowtow to China and avoids new wars. Culturally it’s a party willing to say that men cannot become women and that America is not a racist country.

The establishment side is offering what, exactly? Calm? Dignity? I don’t know, judges? Judges are great, and they are McConnell’s legacy. But by the time political and cultural issues go before the courts, conservatives have already lost; they are already on defense.

What is McConnell’s vision for the Republican Party? What is Cheney’s? What do they want to achieve? Does anyone know?

As conservatives look at the country right now they see schools teaching their kids that America is bad place. They see corporations embracing racism that is eroding the very notion of a society of equals. They see big tech censoring not just opinions but actual news that could hinder the leftist march towards total power.

In short, conservative voters see an existential crisis. It’s a real one, not the political theater of troops and fences in Washington DC awaiting an insurrection that isn’t coming, but the fraying of the basic fabric of America.

Voters don’t want to hear McConnell’s complaints about Trump’s behavior. They want to hear how a Republican Party that has been playing defense for 30 years will take the fight forward to restore basic American values.

For those in the media, and former conservatives left homeless by Trump’s success, the myth of this civil war is too much to resist. They are desperate to believe that any moment now GOP voters will come to their senses and reject Trump.

It isn’t going to happen.

They warn that losses in the suburban white vote will doom Republicans to permanent second place, but as the party becomes more diverse and working class it can afford to leave the Whole Foods set behind.  Note this report yesterday (2/22) from the Washington Examiner: Blue-collar workers, including black and Hispanic voters, take major turn toward GOP under Trump.

Not under McConnell and the GOPe.  Under the POTUS.

The Republican Party is Donald Trump’s party. It is today and it will be tomorrow.

As the out of touch media drones on about establishment fossils trying to turn the clock back, rest assured they have no idea what they are talking about it. There is no civil war; it’s just a TV show. And we already know how it ends.

David Marcus is a New York based writer published in several conservative journals.