THERE ARE TIMES WHEN IT IS REALLY PAINFUL TO BE RIGHT 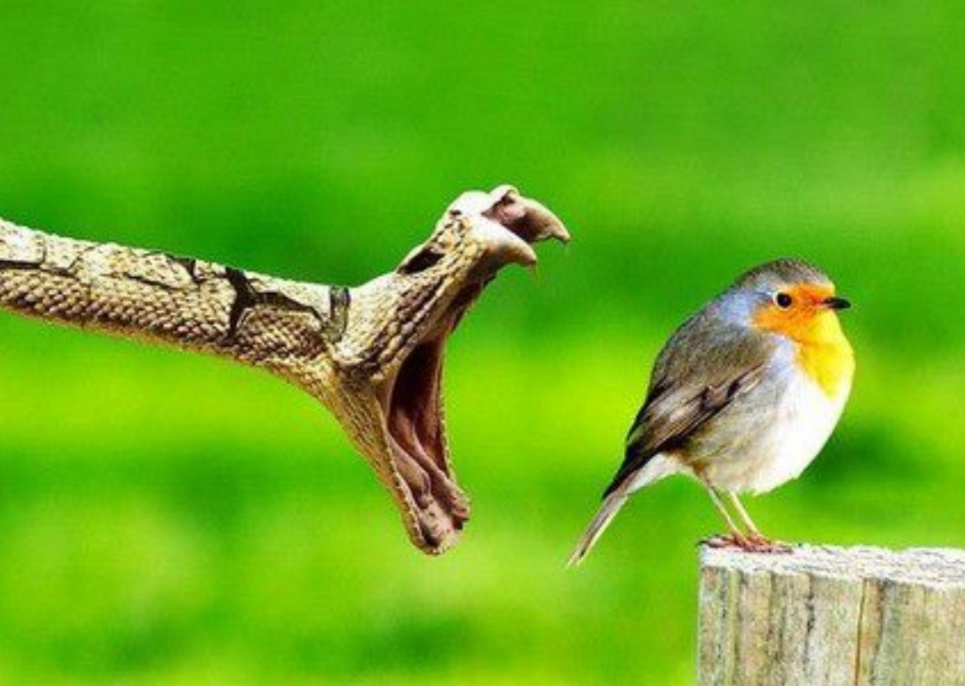 I am currently in Lisbon on my way with Rebel to spend Christmas-New Years with our son Jackson and his wife at their home in Bali, Indonesia.

Lisbon is five hours ahead of DC time, so I finished the HFR last Friday evening after 11pm local time, sent it off to Miko, and crashed.  I woke up early the next morning to learn that while I was asleep, the Supreme Court had become the Coward Court dismissing Texas v Pennsylvania with a nonsense copout called “lack of standing.”

That was 36 hours ago and I remain paralyzed with shock.  By the time you read this on Monday (12/14), thanks to the Coward Court all the news will be about a Electoral College Vote Fraud making the Dem theft of the presidency official.

The vote will have been fully unconstitutional since only state legislatures have the constitutional authority to appoint Electors, yet in all four of the defendant states in Texas – Georgia, Michigan, Pennsylvania and Wisconsin – it was the Dem governor who appointed them, not the GOP-majority legislatures.

Maybe there’s still some hope that POTUS can triumph in the final Electoral vote count by Congress on January 6.  Yet many a TTPer has reminded me of what I wrote 21 months ago, in March 2019.  It made a lot of people really mad at me at the time, but now, in re-reading it myself, what I feel is real torment, real pain over realizing that I had been right all along when I didn’t want to be.

As we try to figure out where we go from here in a fully lawless land that no longer has courts and a constitution, we’ll step back in time 21 months ago to contemplate the warning that was not heeded.  Here it is:

This is a real picture, taken by famed French nature photographer Laurent Schwebel.  I want you to look at this picture long and hard so it burns into your brain.  It should give you nightmares preventing a good night’s sleep.

For this is what the Democrat Party is going to do to America in the November 2020 election – eat and swallow it whole.

The President can build his Wall, as high, as deep, as extensive and impenetrable as he wants, damming up entirely the flood of illegal aliens pouring into our country.

The President can continue to grow and expand our economy beyond precedent, with good jobs available for blacks, whites, Hispanics, young and old, women and men equally.

The President can continue to be a peacemaker and protector of America beyond precedent, making peace with North Korea, neutralizing the threat of Communist China and Putin’s Russia, ridding the world of Communist dictatorships in Venezuela and Cuba.

The President can effect regime change in Iran, ending the mullah’s sponsorship of Islamic terrorism and being a nuclear threat to Israel.  With that, he can then enable Israel to eliminate Iran’s terrorist proxies of Hamas and Hezbollah, its Shia Militias in Iraq and Syria, and the ISIS proxy of Erdogan’s Turkey.

The President can strengthen America’s friendships with other countries into sturdy alliances like never before based on mutual national self-interest instead of subservience to a globalist bureaucracy.

The President can inspire countries around the world to embrace his example of getting government interference in business out of the way, deregulating and de-bureaucratizing the economy to allow entrepreneurial permissionless innovation so their economies flourish like never before, so that America’s prosperity creates a fully global prosperity.

President Trump can do all this and more – and he is still going to lose reelection in 2020 to whomever the Democrat candidate will be, no matter how pro-infanticide, anti-gun, and Anti-Semitic Fascist Left they are.

Not only that, the Democrats will expand their majority in the House, and gain majority in the Senate.  The very first thing the Schumer Senate will do being sworn in on January 3, 2021 will be to eliminate the filibuster, thus needing a simple 51 votes to pass any of their bills.

Further, a substantial number of Republican governorships and state legislative majorities will fall to the Democrats as well.

How can all this be so confidently predicted with 100% assurance?  Because the awful truth of Stalin’s observation now guarantees it in America:

“It’s not who votes that counts – it’s who counts the votes.” 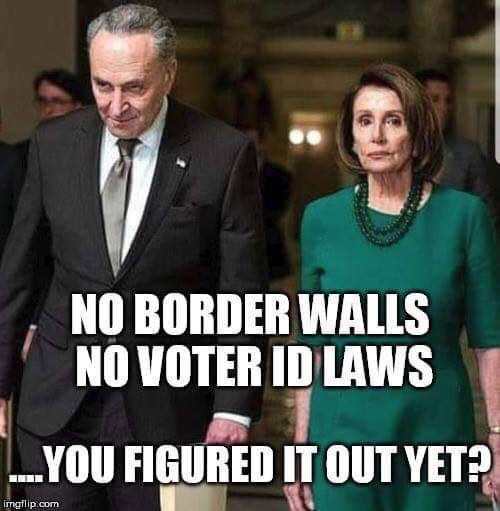 Last Saturday, March 2, the President gave an extraordinary speech to the CPAC conference in Washington.   So extraordinary that a number of political analysts – such as at Reason magazine – are saying “Trump Might Have Won the 2020 Election with His CPAC Speech.”

Reason’s analysis is a must-read – and accurate:  there is no Democrat, none, zero, nada, who can remotely compete with him.  His reelection is a foregone conclusion.  However, Reason forgets to provide the mortal caveat:  Foregone, yes, if the election is an honest one.

Which it won’t be.  It will be the most dishonest and fraudulent election in American history by infinity.

Which is why Trump may have lost his 2020 reelection with his CPAC speech.

You can watch the White House video and read the White House transcript of the speech, and you will neither hear nor see him say one single word about Democrat voter fraud and the vital necessity of requiring Citizenship Voter ID to prevent it.

The key word in that sentence is “necessity.”   Legally mandating and enforcing Citizenship Voter ID in federal elections has now become a necessary condition for free and fair elections in America today.

A necessary condition is something if you don’t have it, you don’t get what you want.  Oxygen is necessary for human life – no oxygen, you die.  Article I §3 of the Constitution makes being at least 30 years old necessary to be elected US Senator – any younger, you can’t run.

Comprehensive elimination of Democrat voter fraud tactics is the same – without it, Trump and any targeted Republican running for federal office will lose.

Read Ed Ring’s “California’s Rigged Election Process Is Coming to America”  (TTP 12/05/18).  The Dem tactics of Motor Voter laws mandating anyone with a driver’s license is registered to vote, sending absentee ballots to all voters, and allowing anyone (not just actual voters) to send in an absentee ballot guaranteed the election theft of, e.g., all six Republican House seats in Orange County.

This is why Trump’s Wall, however necessary to stop the invasion of illegals into our country, will do nothing to prevent Dem Voter Fraud – because there are already 20 to 30 million or more illegals already here capable of illegally voting Dem in 2020.  The Wall will stop more of them, but there are many times over enough right now to overwhelm our system.

Which is why Trump’s demand that a citizenship question be on the 2020 Census is utterly beside the point – the toothpaste is already out of the tube, we need a proof of citizenship requirement for voting in 2020.

Yet that is precisely why Dems are coming out of their pretend-to-be-moderate closet and wear the true colors of their Marxist Hate America clothes.  Because they know with their Vote Fraud ace in the hole, they’ve got 2020 in the bag.

Look at that picture of the snake and the bird above – and yes, Laurent Schwebel reported that the bird did not fly away in time, the snake engorged and digested the bird whole.

Worse, we are running out of time at warp speed to do anything to stop it.  Whatever can be done must be in place many months before November 3, 2020.  And it has to be done under current existing law.

Is there such a law?  Yes, there is:  The Illegal Immigration Reform and Immigrant Responsibility Act of 1996, signed into US federal law on September 30, 1996 by President Bill Clinton, remains the law of the land today.

On page 26 we find the relevant section:

“§ 611. Voting by aliens: (a) It shall be unlawful for any alien to vote in any election held solely or in part for the purpose of electing a candidate for the office of President, Vice President, Presidential elector, Member of the Senate, Member of the House of Representatives, Delegate from the District of Columbia, or Resident Commissioner”

This is followed by a series of loopholes that lawyers love, yet nonetheless it provides the legal basis for Trump under the presidential designation (by Obama) of election systems as “critical infrastructure” for US national security, to mandate Election Day Only Voting with US Citizen Photo Voter ID (diplomat/military absentee ballots the only exception) to be in effect and applied to federal elections in 2020.

This would require a gargantuan effort of making a uniform method of proof of US citizenship for over 120 million registered voters across the land amidst a firestorm of legal, media, and political opposition.  But if it is not done, ruled constitutional by SCOTUS, put into effect, and enforced on election day – well, see the Schwebel photo once more.

In his CPAC speech, President Trump said this:

It’s a soaring statement, exactly true about Democrats and all variants of Leftism.  Unfortunately, it is not true about the future – for belief in freedom is not enough to secure it.  It requires action.  The immortal quote of Ronald Reagan is the hard truth:

“Freedom is never more than one generation away from extinction. We didn’t pass it to our children in the bloodstream. It must be fought for, protected, and handed on for them to do the same.”

Freedom’s extinction comes in November 2020 unless it is fought for as in do-or-die.  Ending gargantuan voter fraud planned by the Democrats by implementing and enforcing US Citizen Photo ID Voting is our country’s only salvation.

Pray that President Trump understands this and acts accordingly.