THE WORLD’S MOST UNUSUAL GRAVES 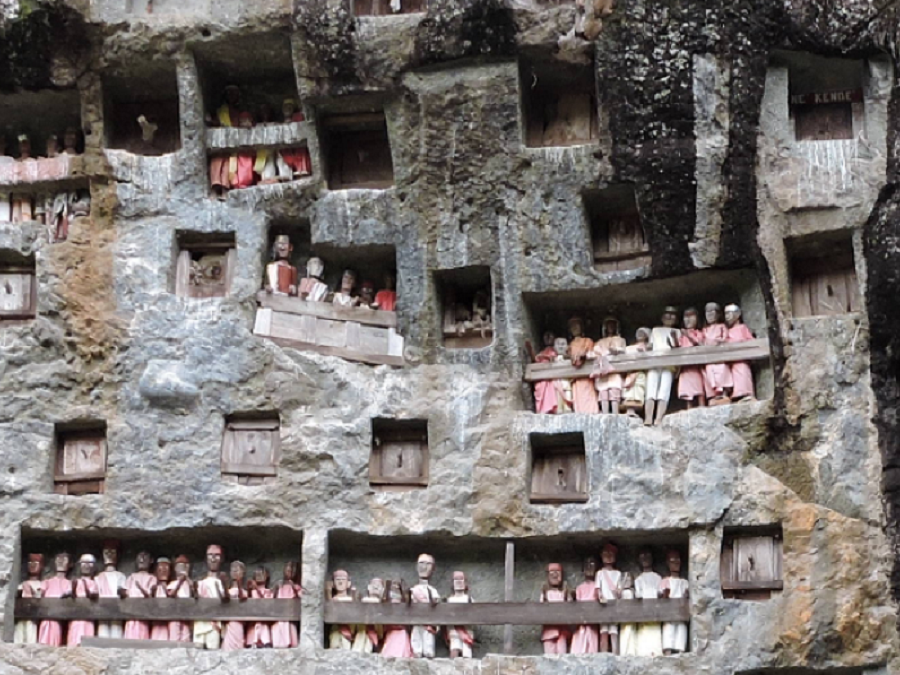 East of Borneo in Indonesia is a large starfish-shaped Island called Sulawesi, where in the south-central mountains the Toraja people have created one of the most exotic cultures on earth.  They bury their dead in caves carved out of vertical cliffs, with balconies at the entrances lined with clothed wooden effigies called a Tau Tau as guardians for the departed.

The Toraja live in villages composed of family long houses with enormous peaked roofs of wood and thatch, decorated with exquisite painted art and scores of buffalo horns.  While Indonesia is predominantly Moslem, the Toraja are a blend of Christian-animist.  They are a gentle, peaceful people, marvelously welcoming and friendly.  It is a priceless privilege to spend time with them, as I was able to during the summer of 2016. (Glimpses of Our Breathtaking World #49 Photo ©Jack Wheeler)