THE WORLD’S MOST UNIQUE BIRD 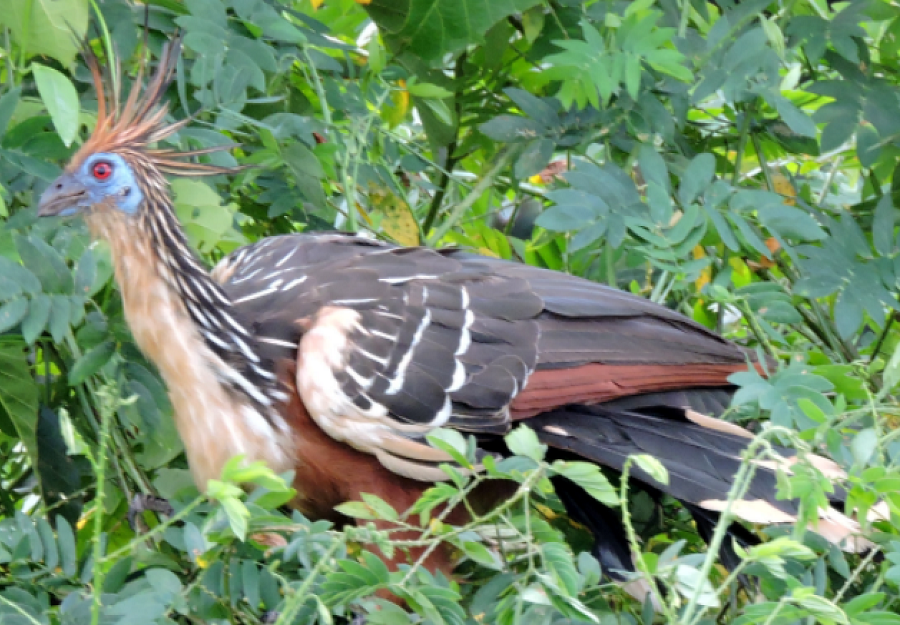 This is a Hoatzin. I took this picture in the Amazon jungles of Colombia, its native habitat. It has no genetic relationship to any other bird, and thus has its own family, the Opisthocomidae, and its own suborder, the Opisthocomi.  Extensive DNA-sequencing demonstrates that “the hoatzin is the last surviving member of a bird line that branched off in its own direction 64 million years ago, shortly after the extinction event that killed the non-avian dinosaurs.”

The Hoatzin is the Dinosaur Bird, the only bird on earth directly descended from the dinosaurs.  It makes weird noises – grunts, hisses, groans and croaks – no melodious birdsongs.  It emits an awful smell due to its fermentation digestive system, and tastes just as awful so no one hunts it for food. Yet it is distinctively pretty in a hyper-funky way.  Spend enough time exploring the Amazon, and you may be lucky to see one. (Glimpses of Our Breathtaking World #186 photo ©Jack Wheeler)