THE WORLD’S MOST SACRED MOUNTAIN 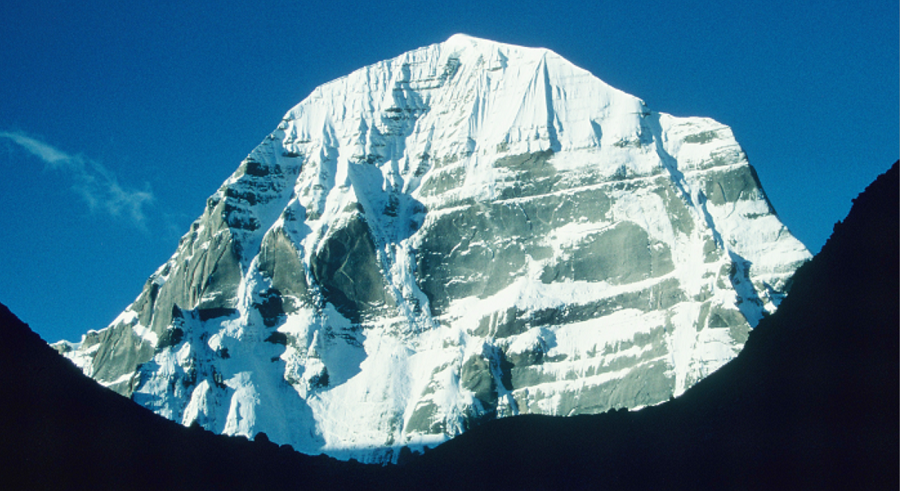 This is the North Face of Mount Kailas (6,638 m/21,778 ft) in a remote region of far western Tibet inhabited only by Changpa nomads. For 22% of all people on Earth – 1.2 billion Hindus, 510 million Buddhists and many millions of others – it is the spiritual Center of the Universe, the Navel of All Creation.

Kailas and surrounding glaciers are considered the source of four of Asia’s great rivers radiating out from it: the Indus, Tsangpo-Bhramaputra, Sutlej, and Karnali-Ganges. As a sacred mountain it has never been climbed.

For thousands of years, people from all Asia have made the arduous pilgrimage to Kailas to perform the sacred act of circumambulating around the mountain – most clockwise, counterclockwise for others such as the Changpa adhering to the ancient Bön Tibetan religion.

It is not easy. Huffing over the high point of the pilgrimage route with TTPer Big John Perrot, our altimeter said we were as high as Kilimanjaro, over 19,000 feet. The highlight, however, is being among so many pilgrims from so many diverse cultures. This is one of our world’s thrilling adventures, and such a privilege to participate in. (Glimpses of Our Breathtaking World #38 Photo ©Jack Wheeler)