2 The Point News » Guest Authors » Members Only » THE TRUMP SOLUTION 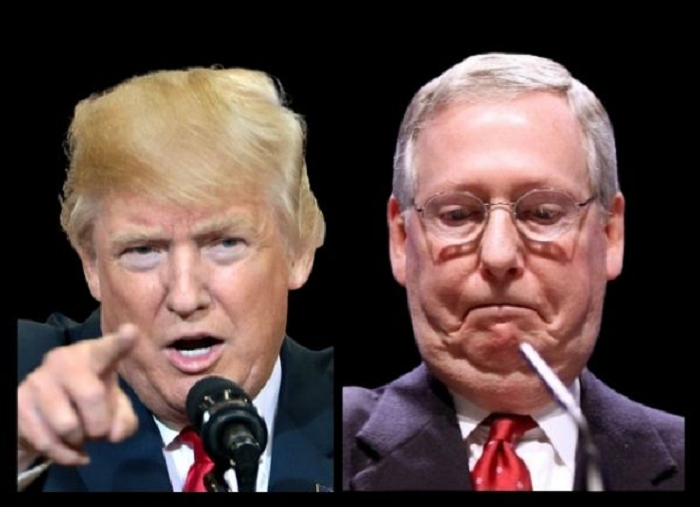 Having been commendably supportive of the former president through most of his term, the Journal joined in the general embarkation of NeverTrumpers over the ostensible election results.

The theory that inspired its headline is Trump had his chance but lost the election in a manner practically indistinguishable from defeated incumbents Jimmy Carter in 1980 and George H. W. Bush in 1992 (when there were no suggestions of questionable results).

The editors suggest further that Trump had exhausted any grounds he had for contesting the fairness of the counting of ballots, and that it was his duty to go quietly into that good night and do everything that he could to elect Republican senators in Georgia to preserve the Republican majority in the Senate and to enhance the likelihood of the reelection next year of Governor Brian Kemp of Georgia and his secretary of state Brad Raffensperger.

I’m not kidding, read the WSJ to see.

These state officials were to be embraced even though they had capitulated to the leader of the Georgia Democrats, Stacey Abrams, permitting the critical electoral votes of their state to be wrongfully cast for Joe Biden. They assumed Trump had to do all he could to keep those in his own party who had betrayed him in place.

That is not normally how the system, or human nature, works.

Raffensberger, remember, submitted the country to the moronic farce of repeated hand-ballot recounts of falsely cast votes. Then Mitch McConnell in his final days as Senate majority leader, called Trump a phenomenon who had come and gone and it was back to pre-Trump Republican politics.

For good measure, McConnell endorsed the stupidly ungenerous $600 COVID relief payment, $800 beneath the amount called for by Democrats (and Trump) who were contending to take both Georgia Senate seats in special elections in early January.

A Settling of Accounts

Despite all of this, it was somehow Trump’s duty to ignore the desertion of much of his party and its betrayal of him, and to ignore McConnell’s terminal intervention in the reelection chances of the Georgia senators, as well as McConnell’s false attack upon the president for effectively inciting the invasion and vandalism at the U.S. Capitol on January 6.

Equally ridiculous was McConnell’s outrageous suggestion that while Trump had committed criminal offenses, an impeachment trial was not the place to address them. Moreover, Trump was also somehow obliged to excuse Kemp and Raffensperger for the mortal damage they did to his reelection campaign.

reform law. But there is going to have to be some settling of accounts between the former president and the enemies within his own party.

The key is that the anti-Trump Republicans stormed out of the closet with indecent haste and mistaken judgment. President Trump had a historically  successful term despite an unprecedented level of harassment, much of it almost certainly unconstitutional in the Trump-Russian collusion fraud.

Further, while he lost the popular vote in seeking reelection as he did in his election of 2016, he did, as in 2016, win reelection in the Electoral College if the votes have been counted fairly. He would have won even if the votes had been counted fairly only in Georgia, Pennsylvania, and Wisconsin, where a flip of approximately 50,000 between the three states would have given him victory.  Indeed, in a handful of counties in these three states.

The fact that the former Republican establishment fell in with the Democrat narrative and refused to accept the possibility of this, in the most tainted election in American history (except perhaps 1876), is a disgrace and a dishonor to them. There was never any moral or practical imperative for President Trump falsely to abandon the righteousness of his claims of a dishonestly counted election.

McConnell Forgets Who Trump Is

The Trump campaign launched 28 lawsuits against individual incidences of apparent illegalities in the counting of decisive numbers of votes in swing states, including the Texas attorney general’s direct appeal to the Supreme Court supported by 18 other states on the issue of the unconstitutional failure of several of those states to comply with the requirement to ensure a fair presidential election result.

None of these cases was adjudicated—judges invoked technical reasons to avoid addressing the merits. The Supreme Court presumably ducked the Texas case because of the extreme controversy that would have arisen had it reversed the election result, and also to reduce in advance the prospect of a court-packing bill and to preserve the integrity of the court for possible challenges to the Democrats’ planned assault on the entire system of free elections in H.R. 1.

Whatever their reasons, the judiciary abdicated.

Given the questionable results, President Trump had absolutely no reason to abandon his legitimate claims. In any event, there was no argument whatever to be made that Trump should extend himself in the slightest degree to accommodate McConnell’s incandescent ambition to cling to the furniture in the Senate majority leader’s office.

The problem, to revert to the Wall Street Journal’s haughty injunction, is that McConnell and the other NeverTrumpers, dragging the editorial board of the Journal with them, not only did not realize Trump had a serious argument that his election had been stolen, they also did not realize the Republicans are and remain his party.

It is not for Trump to bury his grievances, to be a good loser like Carter and Bush, and toil in the vineyards of protecting the sinecures and preferments of those who betrayed him in his own party. The real question is how and to what extent are Trump and his enemies within the Republican Party to be reconciled.

The present conditions are in fact quite conducive to that result. The NeverTrumpers have seen that the Trump phenomenon has not simply passed on like a dreadful meteor.

All indications are clear that the great majority of Republicans support him and his comparatively low-key approach to the issues remaining from the election and being generated each week by the congestive failure of the Biden regime. These remind the voters, Republican and otherwise, of Trump’s successes and not of the irritating aspects of his strident and sometimes bumptious partisanship.

This is to some extent a self-healing wound and the shared mutual interests of all Republicans—and a growing number of Democrats and independents—to revive Republican congressional majorities and assure a strong challenge to the reelection of this administration.

It is now almost inconceivable that the 2024 Republican presidential nominee will not be either President Trump or a candidate favored by him. In most circumstances, both the correlation of political forces and the normal political etiquette require McConnell and the others to abandon their open hostility to Trump and for all of them to align around a common program to defeat the Democrats.

For the Wall Street Journal to expect the former president to forget that he and the majority of his fellow Republicans were betrayed by either the incompetence or the venality of the governor of Georgia and his secretary of state is preposterous.

They, abetted by the Journal in this case, are the wrongdoers and they should be walking to Canossa like Henry IV in 1077. They will make that pilgrimage, either voluntarily, or dragged by their voters.

At some point, the former Republican establishment will need to familiarize itself with the consequences of being defeated by Trump within its own party, of having been led effectively by him, and of having been deliberately or negligently complicit in his unjust (if perhaps only temporary) departure from the nation’s highest office.

The fact that the Wall Street Journal has to be told this, though not surprising when reading some of the members of its editorial board on the subject, is disconcerting.