THE TRAP OF LIZZIE WEBBER

In 1850, a timber merchant named George Webber from Durham in northeast England decided to put his wood to good use.

He ordered a ship from William Pile shipbuilders at the famous Sunderland shipyard on Durham’s River Wear.  It was a beautiful square-rigger, sleek and fast, a “China Clipper” built for the booming tea trade from China to London.  George named her after his wife, Elizabeth, whom everyone called Lizzie. 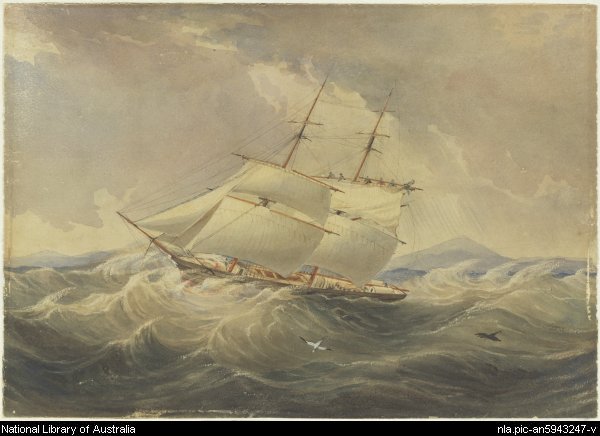 Launched in 1852, the Lizzie Webber had several successful tea runs back and forth from China.  Then, in 1860, a fellow Clipper, the Fiery Cross, was wrecked on a reef in the South China Sea.  This was in an uncharted area of hundreds of shoals, reefs, and islets known collectively as the Spratlys, named after Richard Spratly, an English whaling captain who sailed among them in 1843.

Attempting to locate and rescue the Fiery Cross within the treacherous labyrinth of the Spratlys, the Lizzie Webber ran aground and was wrecked on a lost half-submerged islet herself. That is why there is an island named Lizzie Webber in the South China Sea.

Many years ago when I was running a cinnamon business in South Viet Nam, I flew from Saigon to Jesselton in British North Borneo (now it’s Kota Kinabalu in Sabah, Malaysia).  Out the window I saw all these gorgeous tropical island paradises sprinkled over the ocean.  I asked the captain what they were.

“The Spratlys,” he said.  I pointed to one jewel in particular.  Checking his map, he answered, “Lizzie Webber.”

“Yeah, she’s beautiful all right – but don’t ever go sailing down there,” he warned.  “She’s a trap, just like all the Spratlys.”

Now today, thanks to President Zero, America is caught in the trap of Lizzie Webber.

There have been headline stories around the world this week regarding five Chinese military ships harassing a US Navy submarine surveillance ship, Impeccable, on Sunday (3/08) in the South China Sea.  Of course, the Chicoms blame the US.

This took place some 75 miles south of the Chinese island of Hainan.  It is no coincidence whatever that this early Chicom bullying of Zero took place in exactly the same area where they tried bullying George Bush shortly after his inauguration.

On April 1st, 2001, a Chinese fighter jet harassed a  US Navy submarine surveillance aircraft (a Lockheed EP-3 Orion) so much that the incompetent Chicom pilot crashed into the Orion and killed himself.  The Navy pilot of the Orion was able, through incredible skill, to emergency land on Hainan – where he and his 23 crewmates were held hostage by the Chicoms for over a month.

It was a blatant attempt by Beijing to bully a new president, to which Mr. Bush failed to stand up.  He failed to use the attempt as a teachable moment – to educate the world that the South China Sea does not belong to China.

Now Zero is being handed the same opportunity – and he will wimp out far worse than Bush, because he has to.

Here is a map of the South China Sea: 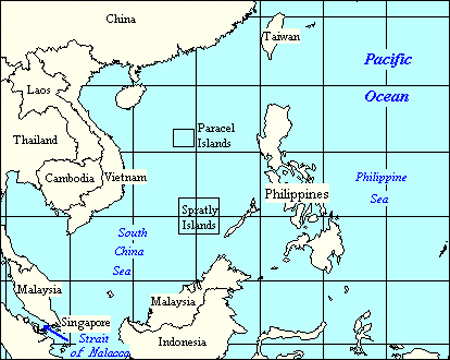 And here is an official Chinese government map: 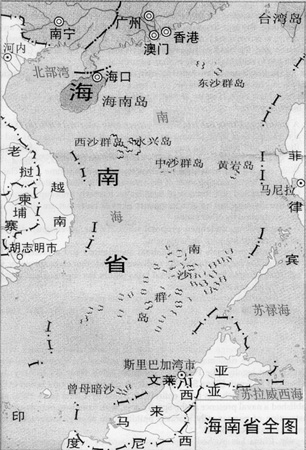 Note the dash lines encompassing the entire sea.  Those are what China claims as it border:  the entire South China Sea.

It is hard to overstate the dangerous lunacy of this claim.  Over 80% by value of the world’s shipping goes through the South China Sea.  For China to claim sovereignty over the most valuable shipping lane in the world – and to militarily enforce that claim – means war.

Or surrender.  Surrender, kowtowing, of America to China.  And that it just what is about to happen.

It is utterly on purpose with malice aforethought that the Chicoms pulled this stunt on the eve of the meeting scheduled between Zero and Chicom president Hu Jintao (London, April 4).  The safest bet on the planet is that Zero will not publicly inform Hu – and thus the rest of the world – that the South China Sea does not belong to China.

Just like Secretary of State Hillary Clinton did not when she met with Chinese Foreign Minister Yang Jiechi yesterday (3/11), and like Zero did not when he met with Mr. Yang today.

Zero cannot and must kowtow to China instead because of the Golden Rule.  Not the one in the Bible, the other one that states:  He who has the gold makes the rules.

China has the gold, $2 trillion of our money we gave it for buying their stuff.  If they don’t spend it on propping up the dollar by buying Treasurys – they already have $700 billion worth – then the dollar hyper-inflates with Zero’s multitrillion-dollar deficits.

That’s if they stop buying more.  If they start selling what they already have, then hyper-inflation isn’t months away, it’s days.

“Oh, but if they sell, they’ll lose countless billions as the Treasurys lose value!” is the rebuttal.  Right.  So, they have to keep pouring in hundreds of billions more – good money after bad – just to stave off the day of reckoning when the trillions of debt finally pop the Treasury bubble?  In your Chinese dreams.

Zero is trapped in a Chinese Box.  It’s a trap of his own making.  He is willing to sell our national sovereignty to the Chinese, let them push our military around, give them a free ride on human rights, let them gain ever more leverage against us with ever-more Treasurys – all so he can borrow trillions to expand government power over his fellow Americans.

A very strong case can be made that China, with its military buildup and plans for asymmetrical warfare against us, is the single greatest national security America faces in the world today – more than Islamofascism, more than Mexico, more than anything.

But it is not true.  For there is a far greater threat to American national security than China, than any foreign power or menace.  Historian Will Durant’s famous observation applies to us more now than ever:

A great civilization is not conquered from without until it has destroyed itself from within.

We now have a president seemingly dedicated to destroying us from within.  The Chinese are very, very happy.