2 The Point News » Kelly's Panorama » Members Only » THE STORM COMMENCES 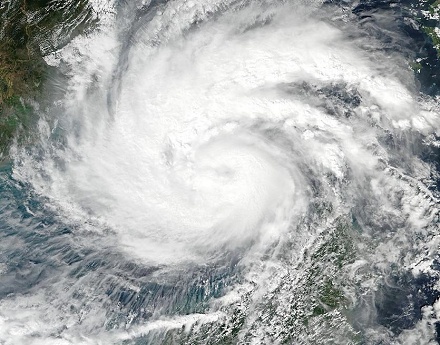 The storm about to hit the Deep State

The first hammer dropped at 10 p.m. last Friday night (3/16). The responses to it have been enlightening.

Stealth Jeff acted on the recommendations of DOJ Inspector General Michael Horowitz, appointed by President Obama in 2012, and the FBI’s Office of Professional Responsibility, headed by Candace Will, appointed by FBI Director Robert Mueller in 2004.

“Both the OIG and FBI OPR reports concluded that Mr. McCabe had made an unauthorized disclosure to the news media and lacked candor – including under oath – on multiple occasions,” Sessions said in a written statement.

An “unauthorized disclosure to the news media” is a leak, which is a felony if it involves classified information. To say McCabe “lacked candor” is FBI-speak for “he lied.” Lying to the FBI is a crime. You can ask LTG Michael Flynn about that. “Lacking candor” under oath is perjury.

He was the victim of “an unprecedented effort by the Administration, driven by the president himself, to remove me from my position, destroy my reputation, and possibly strip me of a pension I worked 21 years to earn,” McCabe said.

His firing is part of a larger effort “to taint the FBI, law enforcement, and intelligence professionals more generally,” McCabe said. Most in the FBI don’t see it that way.

He admitted leaking, but that was okay because FBI Director James Comey knew what he was doing, McCabe said. That could be a problem for Comey, noted law professor Jonathan Turley, because Comey told Congress, under oath, he’d never authorized any leaks.

As for his “lack of candor” (multiple times) about leaking, he was “distracted in the midst of chaotic events,” McCabe said.

President Trump was delighted McCabe got the axe. But he didn’t swing it. McCabe was terminated on the recommendation of career professionals in DOJ and FBI who were appointed during the last two administrations, not Trump’s.

Which didn’t stop the MSM from pushing the evil Drumpf is persecuting the poor FBI guy narrative. As far as the Lying Swine are concerned, anything a Democrat does is okay, everything a Republican does is suspect.

Several Democrats in Congress offered McCabe a job, so his pension could fully vest.

It was a mistake to fire McCabe, said Sen. Marco Rubio. The Senate Judiciary Committee should hold a hearing on why he was fired, said Sen. Lindsey Graham.  Clueless Rino Wimps are almost as big a danger to our country as Democrats.

The Waste Stream Media’s biased, dishonest “reporting” of McCabe’s firing actually is an improvement, because most who get their “news” from the MSM had never heard of McCabe.

*The WSM don’t know that during a video conference in February, 2017, McCabe told senior FBI executives: ““first we eff Flynn, then we eff Trump.”

*Or that McCabe had it in for Flynn because Flynn supported FBI Agent Robyn Gritz in her sexual harassment suit against McCabe.

*Or about the key role “Andy” played in giving Hillary a pass for her felonious mis-handling of classified information, and the illegal surveillance of the Trump campaign, according to the email exchanges between purported lovers Peter Strozk and Lisa Page.

*Or that associates of Hillary Clinton contributed nearly $1.2 million to McCabe’s wife, Jill, for her campaign for a seat in the Virginia state senate in 2016. (Virginia law permits the McCabes to keep unspent campaign funds.)

The eff Flynn remark was first reported by former FBI agent “Thomas Paine,” a year ago March, then by Sara Carter of Circa News last December.

If there is a video, and DOJ IG Michael Horowitz has it, this is a story the WSM can’t bury.

We’ve only seen a few of the text messages between lovebirds Strozk and Page. I doubt we’ve seen the worst of them.

News media bias is most pernicious when important facts are blacked out. TTPers know pretty much who’s who in this graphic, and what it’s about. Those who get their “news” from ABC, NBC, CBS, CNN, the Washington Post or the New York Times haven’t a clue.

When the Lying Swine circle the wagons – as they are around McCabe now – people get curious, they want to find out what the fuss is about.

Getting the truth past WSM censors and spinners is President Trump’s most daunting task. He’s done remarkably well, given the odds.

The timing of McCabe’s dismissal likely was determined by the impending date of his pension vest. It may also indicate release of the IG report – with its 1.2 million pages of documents (and maybe videos) — is imminent.

So yes, Senate Judiciary Committee, please do hold hearings. Have Horowitz and Will explain why they recommended McCabe be fired. Ask other FBI agents what they think of their former deputy director.

When Adam Schiff won’t say McCabe’s dismissal was unjustified, you can bet those Democrats who did will come to regret it.

McCabe has lots more to worry about than losing his pension. The IG and OPR wouldn’t have interviewed him under oath.

McCabe isn’t alone. I detect the stench of flop sweat in the tweets of Brennan and Power, of bargaining from Eric Holder – who in classic pretend tough guy talk threatened Trump in a speech last week: “(If) they want to have a fight, let’s do it. You want to rumble, let’s rumble. You want to have a knife fight, we’re gonna do it.”

Is “Fast and Furious” Eric too dumb to know that Trump will bring a gun to your knife fight and blow you away?

They see what’s coming, know they can’t stop it. They NEVER thought he would win.

Adding former U.S. Attorney Joe DiGenova – who represents IC whistleblowers – to his strategic communications team (DiGenova will be there to talk, not file motions) indicates President Trump is gearing up to go on offense once the IG report drops.

After it does, I expect indictments to be unsealed, arrests to be made, moonbat heads to explode as leftist narratives fail, epically.

Batten the hatches. The Storm has begun.