THE STONE TURTLE OF GENGHIS KHAN 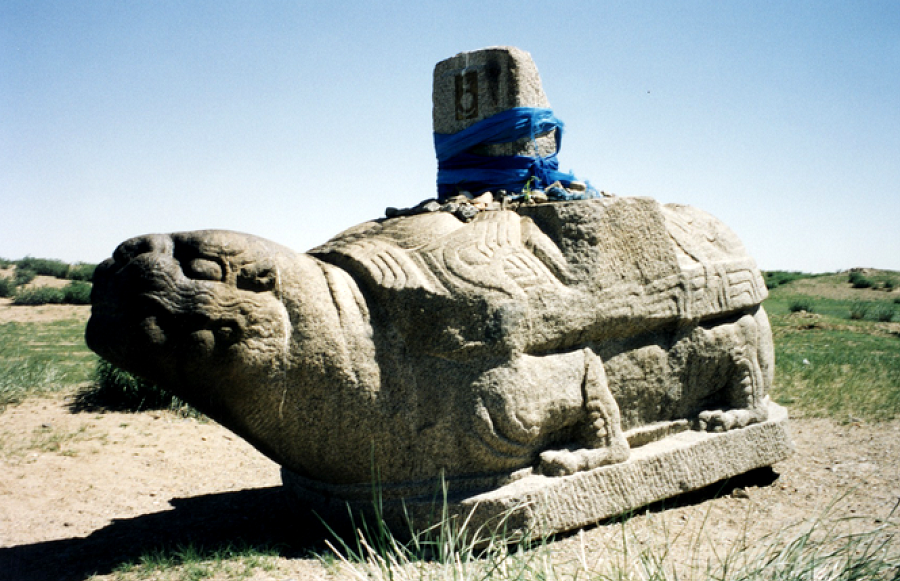 800 hundred years ago in 1221, Genghis Khan established the capital of the Mongol Empire he created at a place called Karakorum in the grasslands of central Mongolia.  It became a city of palaces, temples, and mansions of the Mongol nobility, a place of fabulous wealth that left Marco Polo in awe when he visited in in the 1270s.

When Mongol rule over China ended a hundred years later, the Chinese rulers of the Ming Dynasty ordered Karakorum razed to the ground with all evidence of its existence obliterated.  All that was left was this solitary stone turtle lying in mute witness to the glories of what was here once and is no more.  Known as the Stone Turtle of Genghis Khan, it’s all there is for you to try and imagine the magnificence of the past amidst what is now an empty wilderness. (Glimpses of Our Breathtaking World #149 Photo ©Jack Wheeler)