THE SCIENTISTS WHO DESTROYED AMERICA IN ORDER TO SPITE TRUMP 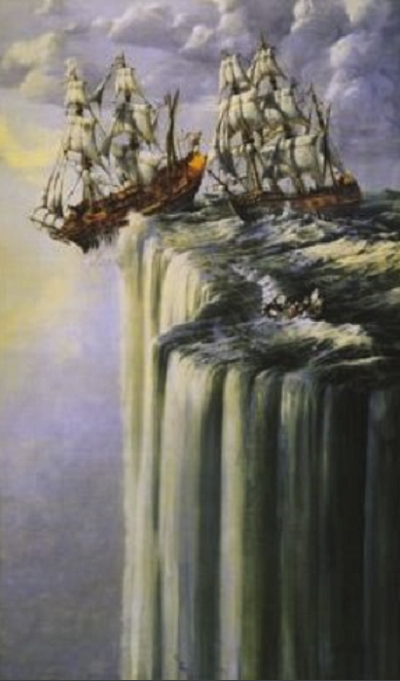 Sailing off the edge of sanity

For the past year and a half of COVID, we have been told by those supposedly in the know, to “follow the science.”  Those who question the science are at best called names, like “deniers” or “racists”, and at worst, lose their jobs and reputations, and are banned from social media.

One gets an appreciation for what scientists of centuries ago endured as they questioned science dogma of the day such as the Earth being flat or the Sun revolving around Earth. Such censorship was attributed to the medieval scientific mindset centuries ago long before the enlightened age of Facebook, Twitter, and CNN.

Last year’s outbreak of the Chinese coronavirus allowed the world to travel back in time to an age where sailors feared sailing off the edge of the world into a pit of monsters or nothingness.

Instead of being called “Flat Earthers” they are called anti-maskers or anti-vaxers. How did we get to such a place where science can’t be questioned, at least science deemed incontrovertible by the government and media?

It started with the “global warming” aka “climate change” movement. Back in the 1970s, we faced a crisis of global cooling.  Remember.  Here’s a scare-story TIME cover from 1979. 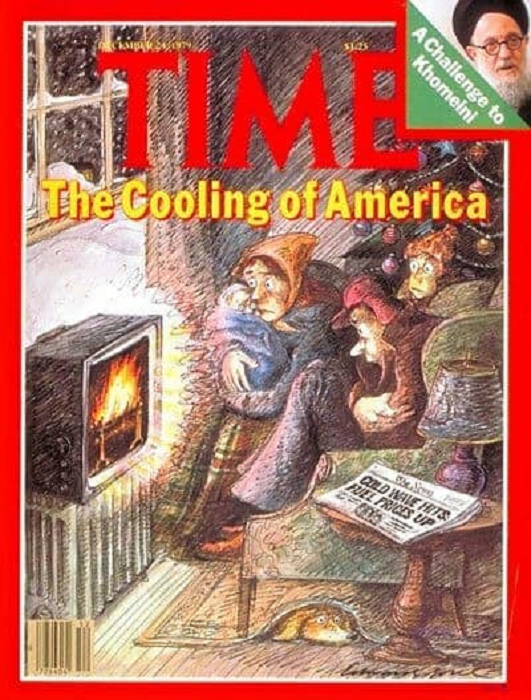 That didn’t sell, so the mantra changed to global warming, where the planet would heat up enough to melt the polar ice caps, flooding coastal cities.

When these fatalistic predictions failed to pan out, the movement created a new name, climate change, that conveniently covered both warm and cool temperatures, rain, drought,

storms, and all other forms of weather, attributing normally changing weather to something nefarious.

Scientists are supposed to follow the scientific method, observing natural phenomena, collecting data, forming a hypothesis to explain these observations, then refining the hypotheses as new data emerges.

Instead, with both climate science and COVID the process has been reversed, ignoring or jiggering the data to conform with a predetermined hypothesis, rejecting new or contrary data simply because scientists did not like or approve of the source of the contrary data.

The origin of the Chinese coronavirus has been a touchy topic. Dr Fauci and the medical smart set assured us that it came from a wet market and an animal host, despite no such host ever being identified. Ignored was the fact that the city of origin, Wuhan, was home to a bio lab that specifically studied coronaviruses.

Also ignored was that Dr Fauci and his agency were funding, either directly or indirectly, gain of function research into coronaviruses, essentially making them more contagious and/or deadly.

Lastly, Dr. Fauci participated in a ‘secret meeting’ with scientists about COVID-19 origins in Feb. 2020, before the pandemic really began, where lab origin was already considered probable.

Even comedian Jon Stewart surprised fellow leftists by recently making an impassioned case that COVID came from the Wuhan lab.

But the scientific community didn’t want to hear of this. Why? Because President Trump suggested the possibility and dared name the virus after its place of origin, calling it the China Virus, which was somehow considered racist.

The same scientific community had no trouble with Ebola, Lyme disease, Rocky Mountain spotted fever, German measles, Hong Kong flu, West Nile virus, and a host of other diseases named after their origination point without talk of racism. But Trump didn’t name those other viruses.

Now that Dr Fauci’s past emails have been made public, showing his gain of function funding at the Wuhan lab, all of a sudden, the lab leak hypothesis is gaining traction. Is it because of new science? Or is it because of who is in the White House?

As Forest Gump would say, “just like that,” scientists are now curious over the lab leak hypothesis, after adamantly denying it for well over a year, and want to investigate further, according to a letter published by 18 scientists. As NBC reported,

“And while public discussion of a potential lab leak has shifted significantly in recent months, as more people pay attention to a theory that was originally promulgated by former President Donald Trump and his followers, the scientific evidence has remained unchanged, according to interviews with five virologists who have experience in microbiology, infectious disease ecology and viral evolution.”

Note “the scientific evidence has remained unchanged”. So what did change? The President changed.  NBC explains:

“There had been trepidation among some scientists about publicly discussing the lab leak hypothesis for fear that their words could be misconstrued or used to support racist rhetoric about how the coronavirus emerged.

At the time, it was scarier to be associated with Trump and to become a tool for racists, so people didn’t want to publicly call for an investigation into lab origins.”

“Unbelievable. These scientists ignored science over the fear of somehow being associated with Trump or proving him correct. What is the state of scientific thought if following the science can be construed as racist?

What else did scientists ignore or suppress simply to spite Trump and not give him any credit for his insights on the virus and pandemic?

With all the fancy degrees after their names, doctors and scientists have boiled down science to something quite simple. If Trump says X is true, the scientific community says X is false, regardless of the science or the implications. Talk about cutting off your nose to spite your face!

Were the faulty case and death count methodologies fudged to make the pandemic appear worse to hurt Trump’s credibility and reelection prospects?  Yes they were.

Were the benefits of hydroxychloroquine and ivermectin demonized simply because Trump suggested them as potential therapeutics? Yes they were.

How many people could have avoided hospitalization and death if these inexpensive and safe drugs were made available rather than banned, threatening the medical licenses of physicians daring to prescribe them, and firing or ostracizing those promoting their use?

Or deplatforming their websites, as Amazon recently did to America’s Frontline Doctors.

Was vaccine safety and efficacy reported honestly? Or is politics guiding vaccination policy too? Not to mention masks, distancing, school and business closures, lockdowns, and quarantining the healthy.

Were these measures science based – were they simply anti-Trump measures? Yes they were.

Did the medical and scientific establishment wreck the American economy, and destroy millions of families and businesses simply because “it was scarier to be associated with Trump”? Yes they did.

How many Americans died or suffered medically due to virtue-signaling scientists?

Ironically, scientists feared being labeled as racist if they didn’t vigorously oppose anything Trump said. Yet their scientific malpractice made COVID far worse than it should have been, a disease that disproportionately affects people of color. Who are the real racists here?

Aside from the medical and scientific community having blood on their hands over politicizing the biggest medical calamity of our time, their future credibility is shot.

When the next viral pandemic comes around, who will believe the “follow the science” experts? Will future health warnings be taken seriously? Will any pronouncements about climate change be viewed as anything but tabloid gossip?

Where was the media during this time? Rather than asking and questioning, as is their job, they clapped along like trained seals, repeating and defending every bit of the anti-Trump science, perpetuating the fraud. The media too has blood on its hands.

The scientific and medical communities now have as much credibility as Brian Stelter or Nicolle Wallace. And deservedly so.

Once highly trusted, scientific and medical experts have taken a big step backward, with trustworthiness now approaching cable news or Congress levels. They are unlikely to recover from their self-inflicted wounds for a long time to come.

Brian C. Joondeph, MD, is a physician and Clinical Professor of Ophthalmology in Denver.