2 The Point News » Adventure/Explore » THE ROCK-HEWN CHURCHES OF LALIBELA, ETHIOPIA

THE ROCK-HEWN CHURCHES OF LALIBELA, ETHIOPIA 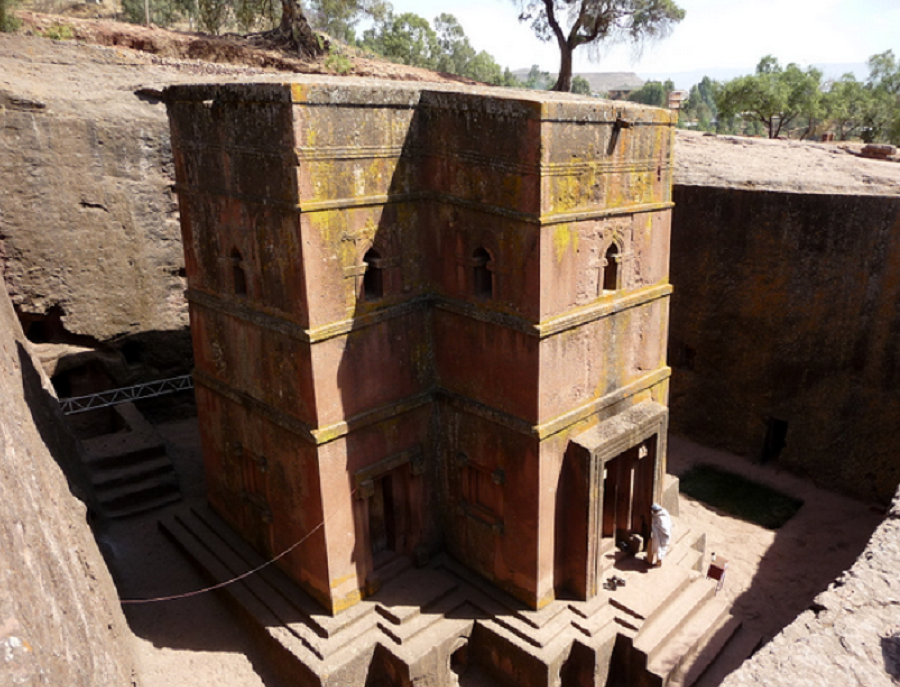 900 years ago, the Church of Saint George (Bete Giyorgis in Amharic) was not built – it was hand carved downwards from a horizontal rock ledge. There is nothing like the rock-hewn churches in Lalibela anywhere else in the world.

Christianity was established in Ethiopia in 330 AD and has flourished ever since. Experiencing the devotion still so very much alive in one of the oldest Christian countries on earth is inspiring. (Glimpses of Our Breathtaking World #26 photo ©Jack Wheeler)