THE RETURN OF “AMERICA HELD HOSTAGE” 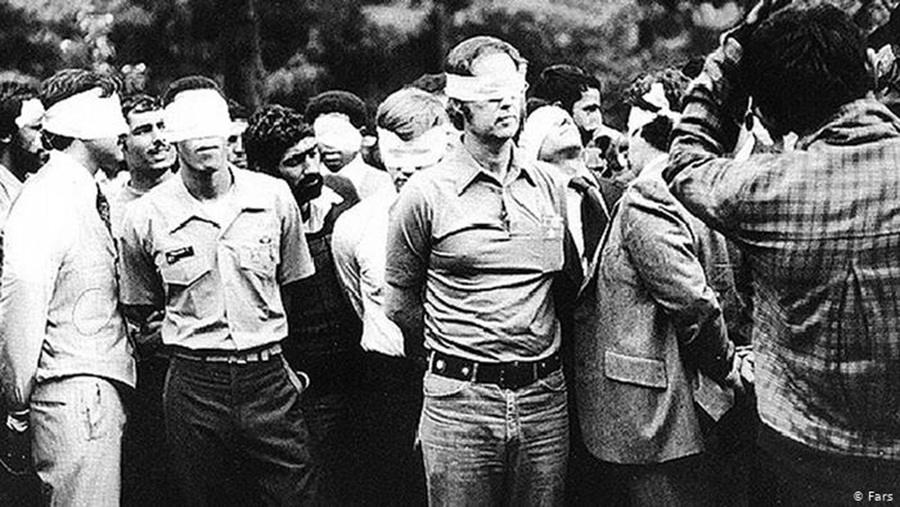 Some 15,000 U.S. citizens and residents are behind Taliban lines. There are reports there may be three times that. There’s no easy way to get them out.

As Taliban forces consolidate their control of Kabul, the nature of the new regime remains somewhat veiled. One thing, however, is clear: The Taliban hold the lives of thousands of U.S. citizens—and the future of the Biden administration—in their hands.

The collapse of the Ghani government left at least15,000 Americans and permanent residents along with an unknown number of other Westerners and foreigners trapped behind Taliban lines. Tens of thousands of Afghans employed by the old government, allied military commands and Western-oriented nonprofits are, with their family members, also desperate to leave.

While U.S. forces control the Kabul airport, American citizens—and Afghans with U.S. visas—must run a gantlet of Taliban roadblocks and checkpoints to reach the American perimeter.

As for the thousands of Americans, citizens of allied nations and endangered Afghan nationals stranded in other parts of the  Texas-size country, at present U.S. officials have no plan in place to bring them to safety. Congressional offices report being deluged with pleas for help from Americans behind enemy lines and from veterans seeking help for Afghan contacts and friends.

While 1,100 U.S. citizens, permanent residents and family members were evacuated yesterday (8/17), there were reports of people being beaten and turned back from the airport. U.S. officials are in contact with Taliban and attempting to resolve these incidents as they occur, but national security adviser Jake Sullivan said cooperation is “hour by hour.”

The U.S. military deserves great credit for launching the Kabul airlift so swiftly, but the safety of the Americans left behind by Washington’s precipitous retreat is by no means assured.

Mr. Biden vowed that his Afghan withdrawal would not lead to a Saigon moment. That ship has sailed, but Saigon 1975 is far from the worst-case scenario for Afghanistan today. With thousands of unprotected U.S. citizens scattered across the country, Mr. Biden should worry about a repeat of Tehran in 1979 – on steroids.

While Americans and allied citizens remain on Afghan soil, a major crisis can break out at any time. During the Iranian revolution, the captured U.S. diplomats and citizens, who numbered 52 at crisis’ end in January 1981 (precisely at the time of Reagan’s Inauguration), became the center of political firestorms in both Iran and America. In Iran.

The mullahs used the hostage crisis to discredit and defeat moderate forces and cement their control over the emerging Islamic Republic. In the U.S., the crisis engulfed Jimmy Carter’s presidency and played a major role in Ronald Reagan’s 1980 election.

The Taliban, some of whose leaders President Obama released in exchange for captured American soldier Bowe Bergdahl, understand the politics of hostage taking as well as anybody.

But even if national Taliban authorities want to avoid a confrontation, with thousands of unprotected U.S. and other foreign citizens scattered around a chaotic country, authorities in the capital may not be able to control radical factions or ransom-hungry groups of local fighters and criminal gangs.

Nothing is more important than getting American citizens to safety as quickly as possible, but the U.S. doesn’t control the process. Mr. Sullivan said Tuesday that Washington “will hold” the Taliban to their commitment to allow safe passage to the airport if they try to stop Americans.

But the U.S. options for doing so aren’t great. If our threats could deter or our promises entice, the Taliban would have given up the war long ago. The Taliban are in charge and without their help we cannot bring our people home.

In the event of an Afghan hostage crisis, the Biden administration, already thrown off balance, could well find itself negotiating from a position of weakness under intense domestic pressure. While Americans might rally behind the president in the short term, as they initially did during the Iran hostage crisis, an extended standoff would likely be as damaging to Mr. Biden as it was to Mr. Carter.

Images and videos of beheadings and mutilations in Afghanistan, coupled with agonized pleas from trapped Americans, could pose extraordinary challenges to Mr. Biden’s authority and standing at home and abroad.

Until and unless the evacuation is finished, the U.S.—to say nothing of Mr. Biden’s political future—is a hostage not only of the Taliban, but of the chaotic conditions in a war-torn country undergoing a revolutionary upheaval.

By failing to prevent or at least to slow the Taliban conquest long enough to get our people home while the getting was good, Washington not only put American lives at risk; it gave some of our most bitter foes a powerful weapon against us.

Walter Russell Mead is the James Clarke Chace Professor of Foreign Affairs and Humanities at Bard College.  He is one of America’s most distinguished scholars on American foreign affairs.