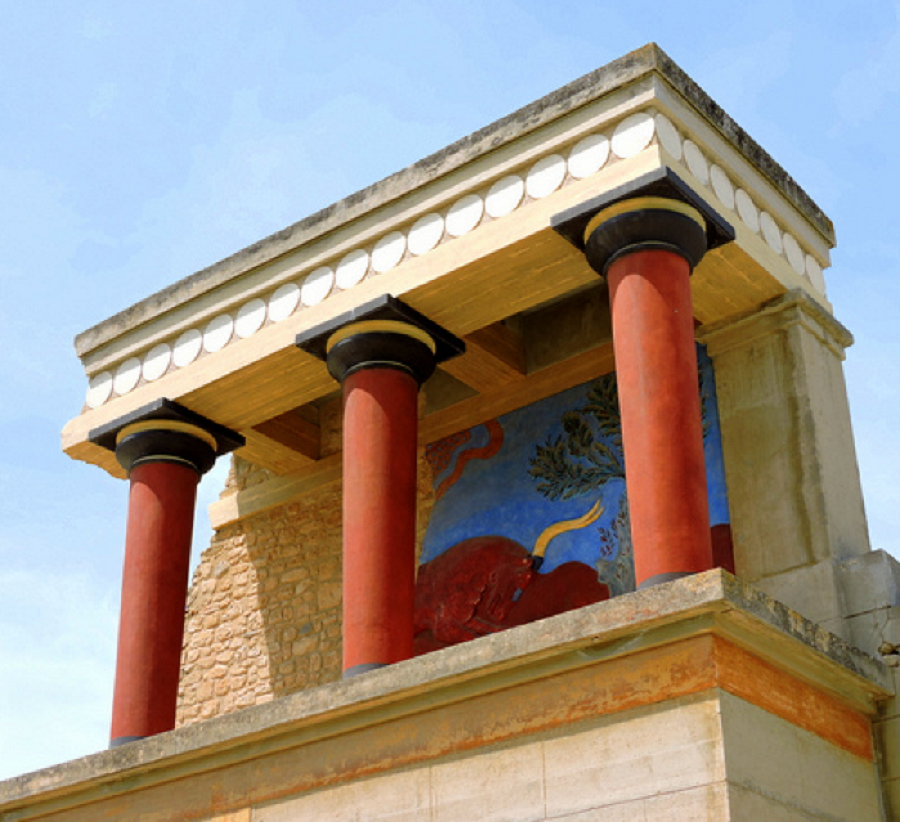 Here we are at the real Atlantis in Knossos, Crete. More nonsense has been invented about Plato’s myth of Atlantis – mentioned briefly in his Timaeus and Critias and not by anyone else in antiquity – than any other legend you care to name.

Yet like many myths, it was constructed out of something that really existed.  Atlantis is the Minoan Civilization of Crete, Europe’s oldest. By 2,000 BC, the Minoans had created the world’s first peaceful capitalist empire, based not on military might and conquest but on trade, with trade routes across the entire Mediterranean. They became immensely wealthy, building fabulous palaces and villas – but their cities were not fortified.  Europe’s original civilization was the most peaceful in European history.

Around 1450 BC, the Minoan island of Santorini 60 miles north of Crete – known to the Greeks as Thera – suffered a colossal volcanic explosion with the resultant mega-tsunami wiping the Minoans out on Crete.  It was “The wave that destroyed Atlantis.”  Yet you can see for Atlantis for yourself, its excavated villas with fabulous preserved frescoes, and step back into a period of inspiring history. (Glimpses of Our Breathtaking World #68 photo ©Jack Wheeler)