2 The Point News » Guest Authors » Members Only » THE PENCE CARD 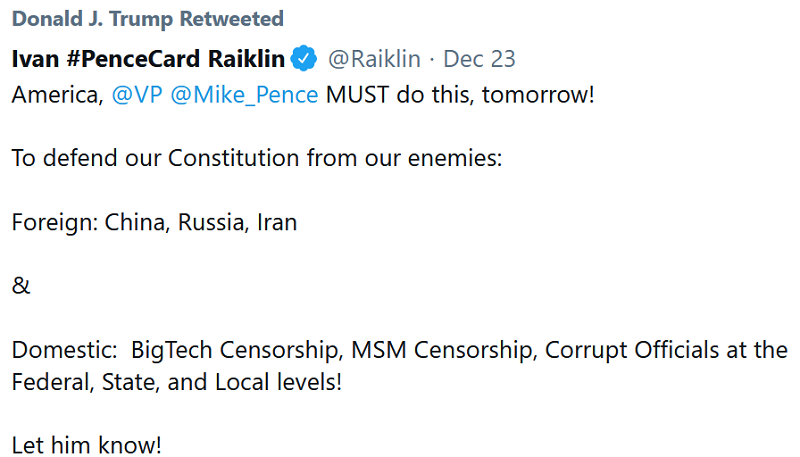 Yesterday (12/23), President Trump played “The Pence Card” with this tweet.  Attached to it is a memorandum appended below.

For the most part, Americans assume that the Vice President lacks power. The President may assign him responsibilities, but the Constitution does not. Instead, he’s the understudy, there just in case something happens to the president.

Except that, in this strange year of 2020, we may learn that the Vice President is the most powerful man in America. Ivan Raiklin, a constitutional lawyer, claims that the Constitution grants Mike Pence the power to overturn a manifestly fraudulent election.

As you can see above, what POTUS retweeted was Raiklin urging Pence to inform the Secretaries of State in those six contested states that, despite overwhelming evidence of fraud, they certified Electors which he cannot accept because the electors were not legally appointed.

The attached memorandum for President Trump us from the White House itself – proof of that is POTUS verification in retweeting it. Here’s my attempt to summarize in plain English the core claims in the memorandum:

Under Art. II, Section 1 of the Constitution, each state, as its legislature “may direct,” will “appoint” its Electors. Because the six disputed states (Arizona, Georgia, Michigan, Nevada, Pennsylvania, and Wisconsin) ran entirely fraudulent elections, and because their Legislatures did not dictate fraudulent elections, there is nothing to certify.

Because the legislatures in those six states did not authorize fraud as a basis for selecting Electors, those six states, on December 14, could not and did not validly certify their Electors. The problem is one of fraud in the inception: When fraud permeates an election, the state lacks the power to appoint Electors because no law authorizes the state to act in the absence of an honest election.

Notably, more than 50 courts have refused to examine the mountains of evidence attesting to illegality in the elections. The cases were decided only on procedural grounds. Thus, no authority within these states has ever properly ruled upon election fraud. There is, however, one person who can examine that evidence and act accordingly.

First, of course, the Vice President (who is also President of the Senate) has available to him all the evidence the public has seen. However, he also has unique information available to him that state representatives, Supreme Court justices, and other senators haven’t seen.

He gets classified information, which includes evidence about foreign intervention in the election under President Trump’s 2018 Executive Order 13848. (We’re still waiting on DNI Ratcliffe’s final report, although he has confirmed that Iran and China interfered in the election.)

The combination of his special knowledge and his special authority means that Pence has the sole right to demand proper certification from the states and the “sole plenary power” to determine whether the Elector appointments he receives are legitimate.

America was built on the courage of extraordinary men. When the Founding Fathers signed the Declaration of Independence, each man knew he might, at that moment, have signed his death certificate for each signature was a hanging offense.

Likewise, when the American patriots took up their arms, they didn’t risk only dying in battle; they too risked hanging for treason.

If Raiklin is right about the law and the publicly and privately available information about election fraud make it patently clear that Trump won the 2020 election, will Vice President Pence have the courage to act?

Pray that he does.  By retweeting what POTUS verifies as a genuine White House staff memo, the Vice President is being asked by his boss to play The Pence Card.  Here is the memo: 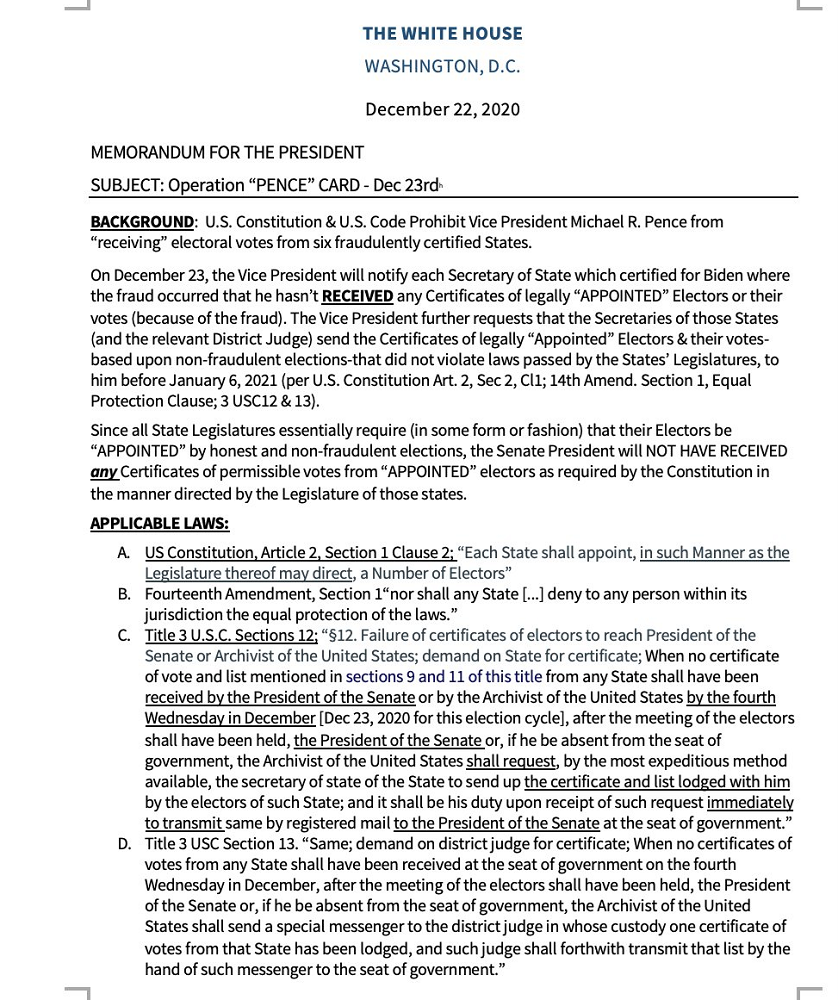 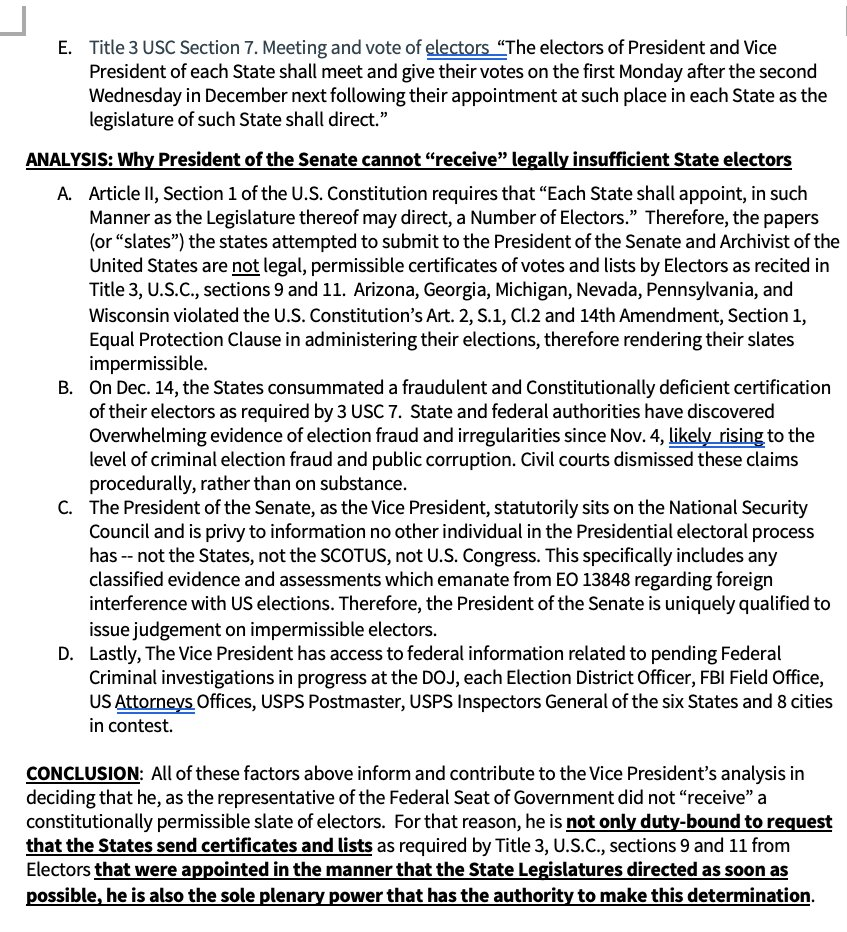