THE NFL IS ON THE BRINK 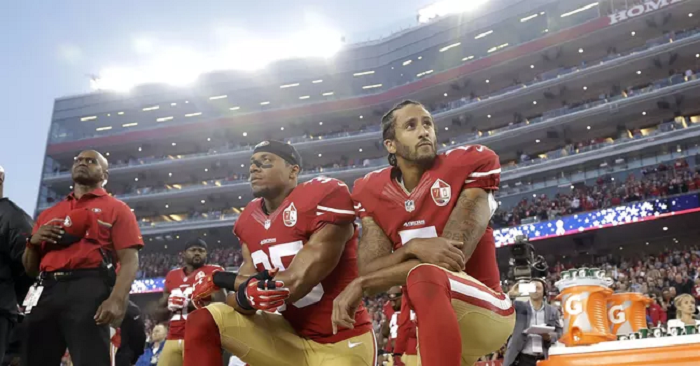 The National Football League celebrated its 100th anniversary last year. This should be a time of self-congratulation for the brutal sport, which has no similar counterpart outside the United States.

The NFL’s megaprofits dwarf those of other professional sports in the U.S. The Super Bowl, not the World Series, is America’s national sports event.

The league has survived all sorts of crises in the past. It was one of the first professional sports to integrate its teams, doing so in the 1920s. But the integration unfortunately ceased, and the NFL didn’t reintegrate until the mid-’40s, becoming one of the last sports leagues to embrace fully a racially-blind meritocracy.

The NFL successfully absorbed the rival American Football League in 1966. So far, the NFL has avoided federal safety regulations that could curb the incidence of physical trauma inherent in the sport.

The league’s owners are a cross-section of America’s most successful entrepreneurs and old-money families — many of them politically well-connected.

Yet the NFL is in deep trouble like never before.

In 2016, San Francisco 49ers quarterback Colin Kaepernick refused to stand for the national anthem. He claimed he was protesting the treatment of African Americans.

Kaepernick was an odd revolutionary. His mother is white, his father is an African American of Ghanaian-Nigerian ancestry, and he was raised by a middle-class white couple. Kaepernick’s only prior controversy was being accused by another player of using the N-word. He denied it but was still fined by the league.

Kaepernick’s rejection of “The Star-Spangled Banner” eventually spread throughout the NFL. Even though he was a backup quarterback, Kaepernick became a resistance idol. Soon he was a corporate ad man pitching Nike sneakers.

Then game attendance fell. So did television viewership. Apparently, lots of fans had no desire to spend their Sundays watching 20-something multimillionaires lecture them that the American flag was not worth honoring.

In 2018, the league belatedly banned players from kneeling for the national anthem. By then, Kaepernick had left football and become a megaphone for even more corporate sponsors.

Now the NFL is in the news amid national protests and violence following the killing of George Floyd at the hands of police.

*The inspirational song “Lift Every Voice and Sing” — also known as the Black national anthem — will be played before every game of the first week of the season.

*The league is considering letting players wear protest insignia on their helmets or jerseys.

*NFL Commissioner Roger Goodell apologized to players for not listening to them about racism.

Yet the NFL capitulation poses fundamental problems for the league. It has now essentially green-lighted the sort of activism that in the last few years has been eating away its profits.

NFL owners and head coaches are almost all white. But nearly three-quarters of the players are black. Those who play the game obviously want to see more diversity in coaching and ownership.

In a culture so obsessed with identity politics, is it the players or the owners and coaches (or both) who do not “look like America”?

Given that about 13 percent of the U.S. population is Black, and given that the Black Lives Matter movement embraces concepts like proportional representation, today’s NFL teams hardly qualify as diverse.

Social activists might argue that the league should mentor and recruit more Latinos, Asian Americans and Native Americans to better reflect their percentages of our diverse national population.

Perhaps an NFL compromise could ensure that 30 percent of coaches and owners are nonwhite, thus reflecting current U.S. demography. But then, in reciprocity, the players would match such mandatory demographic diversity — leading to Native Americans, Latinos, Asians, whites and those of mixed ancestry accounting for 87 percent of the player population.

This progressive model of proportional representation could also apply to overrepresented white athletes in hockey, tennis, golf and swimming — sports faulted by identity politics groups as being unfairly overrepresented by whites.

Obviously, such racial gerrymandering will not happen because fans value meritocracy over ethnic affiliations.

Or at least they did.

If the multibillion-dollar NFL decides that multimillionaire players have no obligation to stand to honor a collective national anthem, and that there will be separate anthems and politicized uniforms, then millions of Americans will quietly shrug and change the channel.

And that silent protest will make the 2016-17 anthem protest look like child’s play.