THE NEUROLOGICAL DYSFUNCTION OF THE LEFT 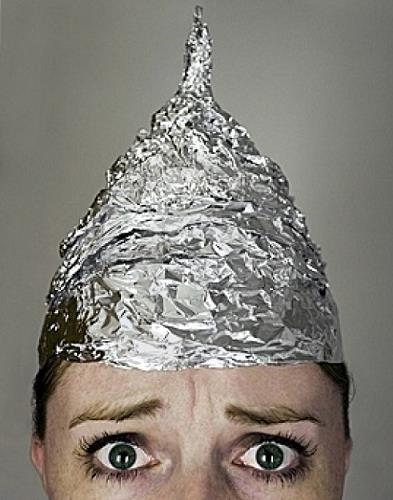 The lovely and courageous Dana Loesch was absolutely correct when she commented that the Left loves mass shootings – not the tragedy aspect, but the ratings gold, of which they leap to take advantage.

Before the bodies are removed from the site, the Left begins politicizing the event.  The massacre in Florida was no exception.

This time, the media really upped their game.  They contacted the students who survived and encouraged them to appear on their “news” programs, which are not news, but calculated propaganda.  If the student or the parents do not support the Leftist version of gun control, they are given a script to stick by or disinvited.

The ridiculous program staged on CNN and hosted by Jake Tapper was the most egregious example yet.  Adults and teens were most likely directed to behave like animals in a zoo, screaming and jeering at Marco Rubio and Dana Loesch as if they had personally shot up that school.  That they actually found that many people who agreed to behave so horribly is a tragedy in itself.

Ours is no longer a civil society.  Every adult and teen in that room should be ashamed of himself.  It was an appalling display of spewing venom for political purposes.  The dead kids were reduced to fodder for Jake Tapper’s personal crusade against the Second Amendment.

This monstrous example of planned media deception most likely won the NRA thousands of new members.

Ms. Loesch, a representative of the NRA, was also correct to point out that the Left media who are so obsessed with using the Florida catastrophe for their own ends never pay a moment of attention to the thousands of grieving mothers of the dead in Chicago.  Not one bit.

When someone points to this fact, he is generally called a racist.  It is racist to point out that more people were shot and killed in Chicago this month (31), four times as many in 2018 so far (67) than died at that Florida high school (17).  Go figure.

The purveyors of progressivism are having a really bad year.  They were certain their concocted Trump-Russia hoax would ensure a Clinton victory, but that is backfiring.  Their hatred of the president has made them all neurologically dysfunctional.  Watching the White House press corps torment Sarah Sanders or Raj Shah with tiresome, repetitive questions day after day after day is excruciating.

All they care about are the things Americans outside that press room do not care about: Rob Porter’s past crimes against his wives; the Mueller investigation, which the rest of us see is clearly an orchestrated witch hunt; their obsession with disarming law-abiding citizens, which in no way will stop murderous criminals from committing their evil deeds; any women Trump may have brushed up against at any time in his life; etc.

We care about the economy, which is booming.  We care that ISIS has been defeated.  We care that the thousands of regulations Obama ordered to restrict businesses and energy independence are being rescinded.  We care that we have a president who loves this country.

Obama made it clear from the outset that he pretty much loathed America.  We like that Trump fights back against the corrupt media in a way Bush never did.  It is quite likely that even Democrats in flyover country are sick to death of the D.C. media-Beltway’s nonsense obsession with destroying Trump.

There are no words to adequately address the devastating loss of those seventeen lives in Parkland.  None.

But there are plenty to describe the horrific behavior of the Left media and, by extension, the Democrat members of Congress who have piled on, relishing the notoriety.  They think of themselves as heroes!  Heroes of the thick-walled bubble they inhabit.  They have no sense at all about how regular Americans see, hear, and read them.

For the most part, those same Americans know better than to buy these politicians’ silly Marxist notions about how the American people need to be controlled.  The thing is, they, the media, and their handmaidens in Congress, and vice versa, are the criminals.

The media are criminals of a sort because they are no longer journalists.  They are adjuncts of the Leftist machine, the DNC.  They do not report what they do not want people to know.  They believe without compunction that the bulk of American citizens are as dumb as rocks and will buy what they sell.

The Democrats in Congress, the bureaucrats in the State Department, the DOJ, IRS, CIA and FBI are criminals because they are intent on covering up the many crimes committed during the Obama administration:

The surveilling of American citizens without cause, the use of the IRS to target conservative groups, the commission and manufacture of a fake dossier to take down a presidential candidate, countless illegal leaks to the press in service of their plan, to name a few.

These are not the kind of leaders the Founders intended for the constitutional republic they created.  Nor is our press the one the First Amendment envisioned.  Not even close.  There were some scoundrels among those men, to be sure, but they sacrificed everything for the cause of building this nation.

Trump is sacrificing a great deal to take on leading the country and, despite his free-wheeling previous existence, is doing a good job of it.  What does he get for his trouble?  Nonstop vitriol from the Left media and their puppets in Congress.

They cannot abide Trump’s successes, like the tax cuts, which they virulently opposed and the people like.  His improving poll numbers, his commonsense ideas about how to stop school shootings, and the fact that the scandals they have invented to take him down have failed has made Leftists neurologically dysfunctional, indeed.

Then again, being neurologically dysfunctional may be what caused them to become Lefists in the first place.