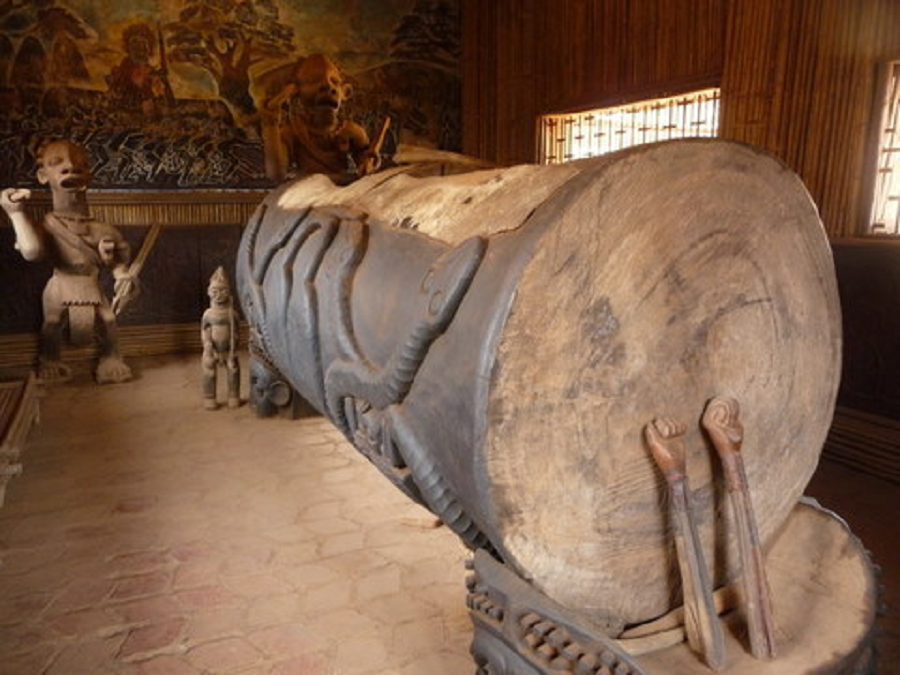 Famboun, Cameroon.  This is a Ndiki Drum.  It is used by the Sultan of Bamoun to call his subjects to their end-of the-year Nguon festival over which he presides.  It can be heard for miles.

The carved wooden forearms and hands propped up at the drum’s end are not the original drumsticks.  They are symbolic for what the real drumsticks used to be.  Until the British and French put an end to the custom in the 1920s, the Ndiki drumsticks were human arms, amputated at the elbow off captured slaves.  Four drummers were needed to properly pound the drum, each requiring two drumsticks: eight amputated human arms in total.

The horror of slavery in Africa was ended by Western colonialists.  In its place they introduced roads, railroads, electricity, an impartial rule of law instead of law favoring one tribe over another, and other benefits of civilization.  They did a lot of stupid damage to African cultures, true.

But that is vastly outweighed by getting rid of slavery – exemplified by how this drum was pounded until less than 100 years ago.  If you have a child or grandchild in school with woke teachers, you might have them bring this picture to class, and explain how the benefits of Western Civilization so greatly outweighs its liabilities. (Glimpses of Our Breathtaking World #124 Photo ©Jack Wheeler)