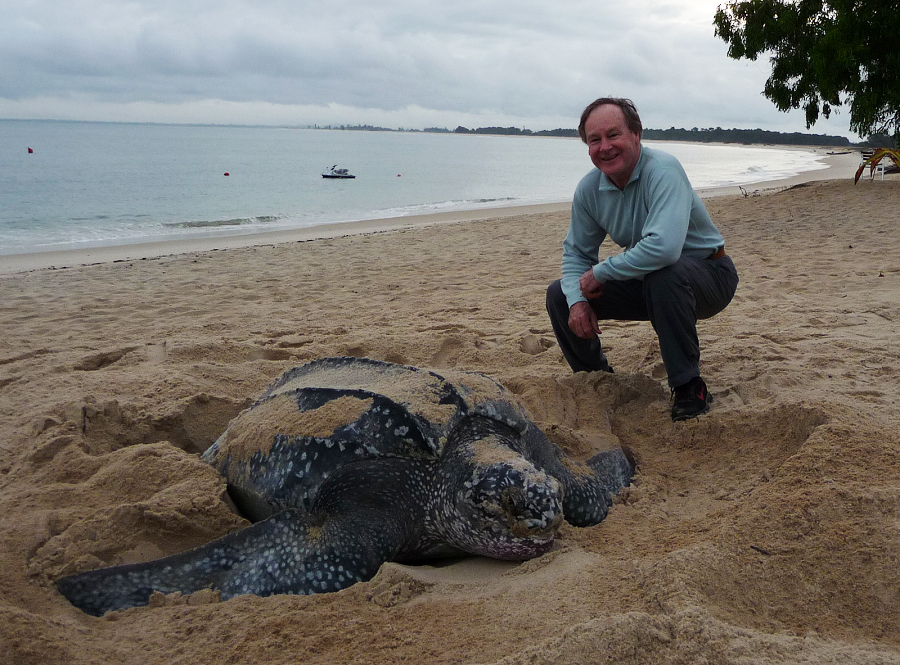 The leatherneck sea turtle is the world’s largest turtle, weighing up to 1500 pounds. This female was about half that. They have an enormous range, all the way from the North Sea to South Africa in the Atlantic, spending their lives at sea eating jellyfish – except when a female comes ashore to her hatching beach and bury her clutch of eggs in the sand above high tide.

Dropping several dozen glistening white golfball-size eggs into a depression scooped out with her flippers, she covers them up with sand, and heads back to sea, never to see them again. More than two months later, the born hatchlings dig out of the sand and wiggle their way into the sea, where the lucky ones survive.

I was able to watch this mommy’s entire egg-birthing process at dawn on a remote beach in the West African country of Gabon. It was such a privilege to witness an act of elemental nature by such an extraordinary creature. (Glimpses of Our Breathtaking World #127 Photo ©Jack Wheeler)