THE MOST IMPORTANT MAN IN THE WORLD RIGHT NOW 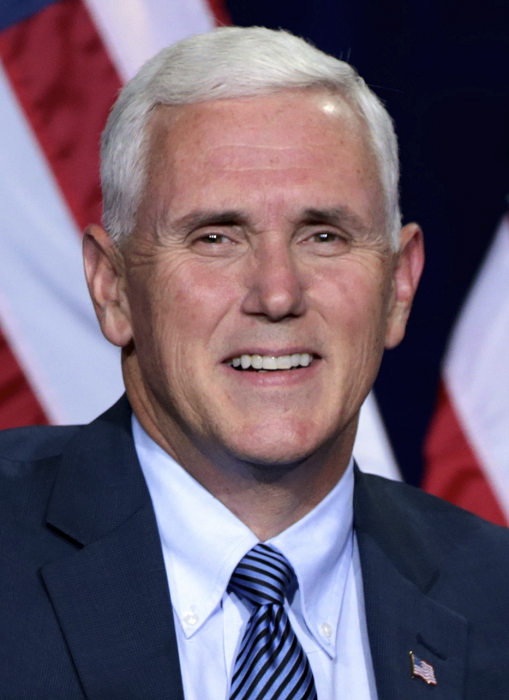 As we all know, the President of the United States isn’t actually elected by the popular vote. He’s elected by the college of presidential electors from each US state.

The important question then is: Who counts the votes cast by the presidential electors?

That is clearly specified by the 12th Amendment of the Constitution:

“The President of the Senate shall, in the presence of the Senate and House of Representatives, open all the certificates and the votes shall then be counted.”

And who, then, is the President of the Senate?  Article 1, Section 3, Clause 4 of the Constitution answers it clearly:

Until January 20, 2021, that is Vice President Mike Pence.  The electoral vote count will take place in a joint session of the new 117th Congress (sworn in on January 3) on January 6.

Now the question, just what does that specification in the 12th Amendment mean?

The peculiar passive-voice phrasing of this crucial sentence opens up the possibility of interpreting it to provide that the “President of the Senate” has the exclusive constitutional authority to determine which “certificates” to “open” and thus which electoral votes “to be counted.”

This interpretation can derive support from the observation that the President of the Senate is the only officer, or instrumentality, of government given an active role in the process of opening the certificates and counting the electoral votes from the states. The Senate and House of Representatives, on this view, have an observational role only.

Under the Constitution, the Senate and the House of Representatives only act separately, as entirely distinct legislative chambers. They have no constitutional way to act together as one amalgamated corpus. Thus, they can only watch as the President of the Senate opens the certificates of electoral votes from the states and announces the count of the electoral votes contained therein.

This interpretation of the Twelfth Amendment is bolstered, moreover, by the further observation that the responsibility to definitively decide which electoral votes from each state are entitled to be counted must be lodged ultimately in some singular authority of the federal government.

If one body could decide the question one way, while another body could reach the opposite conclusion, then there inevitably is a stalemate unless and until a single authority is identified with the power to settle the matter once and for all. Given the language of the Twelfth Amendment, whatever its ambiguity and potential policy objections, there is no other possible single authority to identify for this purpose besides the President of the Senate.

Foley is not alone in this analysis. Another prominent jurist, John Harrison, makes an even more forceful case. Harrison argues in “Nobody for President,” (16 J.L. & Pol., 2000), that the most natural reading of the Twelfth Amendment grants the opening-and-counting power to the President of the Senate:

…A natural reading [of the Twelfth Amendment] thus indicates that in one especially important context, the dispute is to be resolved by a single individual. Neither House nor Senate is given any authority over the President of the Senate when it comes to opening the certificates, and Congress by statute may not control the exercise of this constitutionally granted authority any more than it may tell the President who to pardon.”

Constitutional law is not, of course, merely a matter of language analysis. The intent of the Framers, the history of the Republic, and the interpretations of past jurists all bear weight.

But here, too, there is much evidence for the case that Vice President Pence as President of the Senate has the power to open and count the votes of the presidential electors. As Foley  explains:

“Whatever each of us personally thinks of this interpretative argument, it is necessary to acknowledge that it has a significant historical pedigree. It routinely had its advocates in the years leading up to the disputed election of 1876. During that intense dispute, it was conveniently invoked by Republicans, since the President of the Senate was one of their own at the time. After the resolution of that ugly dispute, the argument was resurrected by some during the congressional debates that led to passage of the Electoral Count Act of 1887…”

What is the historical pedigree to which Foley refers? The Congressional Record of the passage of the Electoral Count Act records the opinion of many prominent legislators who held the view that the President of the Senate opens and counts the votes, even though some weren’t happy about it:

“The counting function is vested in the President of the Senate and the Necessary and Proper Clause does not confer on Congress the power to assume unto itself the duty which the Constitution imposes on that officer.” – Sen. Wilson

“If the Constitution…does…by fair implication, vest in the President of the Senate the power and duty not only to open, but also to count, the votes, then Congress can not, by this or any other legislation, take away or transfer to any other person or officer that power and duty; – Rep. Baker

“The Constitution says that ‘the votes shall then be counted,’ and if this mandate be addressed to the President of the Senate, that ends the question so far as the counting is concerned. The Constitution has then entrusted him with the whole power, and any legislation to direct him, would be an impertinent intrusion upon his prerogative.” – Sen. Spear

“The President of the Senate’s discretion in opening certificates shows the necessity of an amendment of the Constitution.” – Sen Morton.

Foley, also obviously unhappy with this situation, goes on to explain:

[Thus] Republicans [can] point to the historical pedigree of this position, observing that Republicans made the same argument during the disputed election of 1876 and that at least some recent law journal scholarship has supported this position.

Unembarrassed by the apparent conflict of interest caused by Mike Pence simultaneously being a candidate for reelection and arbiter of the electoral dispute, these Republicans observe that Thomas Jefferson was in essentially the same position during the disputed election of 1800 and yet the Twelfth Amendment left this provision in place when Congress rewrote the procedures for the Electoral College afterwards.

Wait, Thomas Jefferson pulled this trick? Indeed he did. The 1800 Presidential election was a contest between Jefferson, Aaron Burr, John Adams, Charles Pinckney, and John Jay. Jefferson, as the current Vice President, was the President of the Senate when it came time to count the votes. And he counted them in his own favor!

Bruce Ackerman and David Fontana explain what happened in their article “Thomas Jefferson Counts Himself into the Presidency” (90 Virginia Law Review 2004, 551-643):

Thomas Jefferson was remarkably aggressive as President of the Senate. Georgia’s certificate – granting four electoral votes to Jefferson – was constitutionally defective on its face, a deficiency that was announced on the floor of Congress and reported by leading newspapers of the day. To resolve all doubts, we have located Georgia’s certificate in the National Archives, and it does indeed reveal striking constitutional irregularities…

Nevertheless, Jefferson failed to pause before counting George’s four electoral votes into the Republican column, declaring the final vote as if nothing were amiss. Had Georgia’s ballot been excluded, the vote count…would have admitted all five candidates into a runoff in the House… Without the decisive use of his power as President of the Senate, Jefferson might never have become President of the United States.

Read that again: Thomas Jefferson, author of the Declaration of Independence, the man whose face adorns Mt Rushmore, among the most revered founding fathers of our country, only became President because he used his unilateral power as President of the Senate to open and count the presidential ballots in his own favor.

Vasan Kesavan, in “Is the Electoral Count Act Unconstitutional?” (80 NC L. Rev. 2001-2002), records another example where the President of the Senate unilaterally determined the winner of the Presidential Election:

In the election of 1856, the five electors of the State of Wisconsin did not cast their votes on the day prescribed by federal law because of a snowstorm.  The President of the Senate counted Wisconsin’s electoral votes over the objections of both Representatives and Senators assembled in convention.

When Representative Lechter objected to Wisconsin’s electoral votes and moved to exclude them, the presiding officer (the President of the Senate) simply stated that no debate was in order when the votes were being read by the tellers or even after they were finished.’

When Senator Crittenden then asked the presiding officer, “Do I understand the Chair to decide that Congress, in no form, has power to decide upon the validity or invalidity of a vote?,”‘ the presiding officer replied that it was his constitutional duty to announce the result of the electoral count and that “[w]hat further action may be taken, if any further action should be taken, will devolve upon the properly-constituted authorities of the country, the Senate or House of Representatives, as the case may be.’…

Several Members of Congress were concerned that the decision to count Wisconsin’s electoral votes would set a dangerous precedent. According to Senator Pugh, unlike the Missouri Incident which was “never likely to happen again,” the Wisconsin Incident “may occur one hundred times again, if the Government should stand that many years.’  Almost every Member of Congress who spoke on the subject agreed that the votes of Wisconsin should not have been counted.’

Come January 6, 2021, Vice President Mike Pence will be presented with the sealed certificates containing the ballots of the presidential electors. At that moment, the Presidency will be in his hands.

And there is nothing stopping Pence, under the authority vested in him as President of the Senate, from declining to open and count the certificates from the six disputed states.

If they are (as more than 75% of Republicans believe) certificates from non-electors appointed via voter fraud, why should he open and count them? As Harrison noted, “the certificates that the President of the Senate is to open… are those of the electors, not those of non-electors.”

The President’s position going into January 2021 is thus considerably stronger than the mainstream media would like to admit. There is Constitutional language and historical precedent that gives his Vice President the unilateral power to decide the outcome of our contested election.

Alexander Macris is a graduate of Harvard Law School, entrepreneur, and business executive.