2 The Point News » Behind The Lines » Members Only » THE MIRACLE VIRUS! COVID19 CURES HEART DISEASE! 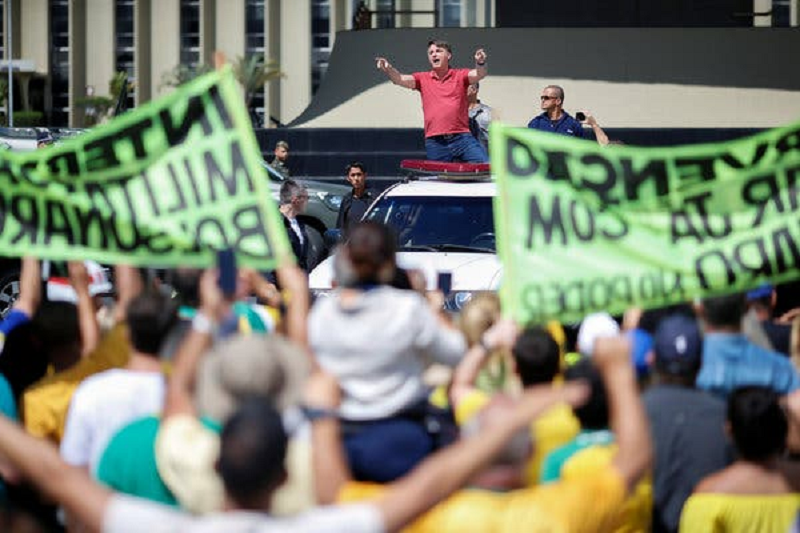 Sao Paulo, Brazil is one of the largest cities in the world, clocking in at close to 22 million.  Thanks to its state governor, it is in lockdown quarantine for all “non-essential” businesses, and Paulistanos are sick and tired of it.

Thus the most popular joke among them now is – “Have you heard?  No one dies of heart disease in Brazil anymore.”

Try the joke on to people you know and see if they get it.  TTPers do, but Brazilians know the China Virus Hysteria Scam much better than most Americans.  No one dies of heart disease anymore in America now, as in Brazil – unless it’s a younger person with a special heart malady – because the deaths are attributed instead to Covid-19.

Just one small problem, of course.  In order for the COVID-19 China Virus to save you from dying of all these diseases, you have to die of it instead.

On April 14, the CDC issued new guidelines: “As of April 14, 2020, CDC case counts and death counts include both confirmed and probable cases and deaths.”  Naturally, deaths in state after state spiked.

John Ioannidis, MD, is Professor of Medicine, of Health Research and Policy and of Biomedical Data Science, at Stanford University School of Medicine.  Earlier this month, he conducted a research study in Santa Clara County in California (San Jose, Silicon Valley) to determine the extent of virus spread in the population by testing for antibodies.  He explains how the results show actual cases to be somewhere near 50 to 85 times reported cases:

And the China Virus only hits the old and infirm, no children die of it as the do with the flu, deaths from it are extremely rare for those under 60-65 in normal health.

As the best source of info on what’s actually going on, Alex Berenson, concludes:

What’s truly frightening about this entire panic is how quickly – within days – our entire country, our entire world, gave up its freedom without even a whimper.  This is how Big Brother takes over – by having people want to have handcuffs placed on them without complaint much less resistance.

You can understand this in other countries that have no tradition of individual rights, but not America.  That’s why the Anti-Lockdown Protests are hopeful – but they must grow exponentially nationwide.

It cannot come soon enough.  The damage being done to our economy and people’s livelihoods is becoming structural and approaching irretrievable.  The lockdown of our economy and the world economy is a thousand times worse that this flu bug.  It is a Madness of Crowds the like of which world history has never seen.

The most insane thing is that all this damage to our economy and people’s livelihoods has been for nothing.  The China Virus is being shown as no more, and likely much less, dangerous that the seasonal flu – which causes no mass societal disturbance whatever.

Think about that:  all this has been for nothing.  But at least, people aren’t dying of heart disease anymore.