THE MIASMA THEORY OF WHITE RACISM 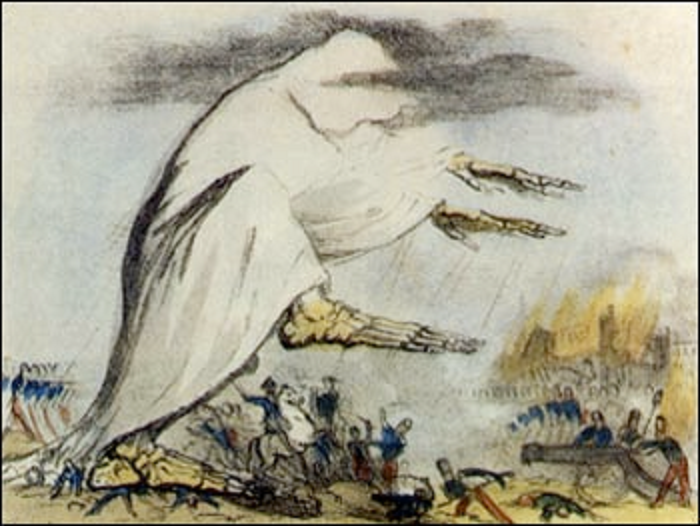 Scientific-minded dissidents frequently compare today’s orthodoxy – that the cause of whatever ails blacks is and must be —white racism to discarded scientific constructs such as phlogiston in chemistry and aether in physics.

But the most informative comparison might be to the long, unfortunate hold of the miasma theory of disease on medical thought.

In 2021, the conventional wisdom is that while you almost never see white racism, it’s always out there somewhere, everywhere, ruining the lives of blacks, lowering their test scores and raising their murder rates.

It’s as if white people implicitly exude a poison – a miasma — from their pores that harms only blacks, due to their being genetically different, although, as everyone also knows, genetic differences, like race or gender, don’t exist.

Similarly, the history of miasma theory shows how resistant poor explanations can be to correction. The notion that malaria (Italian for “bad air”) and other diseases now known to be contagious were caused by poisonous emanations (or miasma—ancient Greek for “pollution”) was common (although not universal) from classical times until the later 19th century.

What exactly miasma was comprised of was not fully clear. It was usually assumed to come from rotting vegetation or dead bodies (which led to the growth in popularity of cremation in the 19th century), or perhaps from the breath of foul creatures like toads. In any case, air was held to be more dangerous at night.

Disease was felt to proceed from impurity, corruption, and death. All agreed that smelly air was the most dangerous. That’s why doctors during the Black Death wore scary leather masks with birdlike beaks into which they stuffed sweet-smelling flowers and herbs to protect themselves from the death-dealing smells. 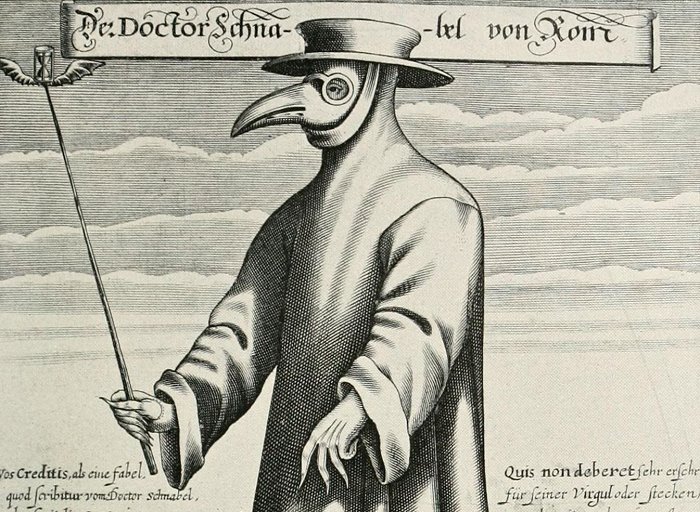 Miasma theory was not ridiculous. It tended to merely get the arrow of causation backward, much like The Establishment now believes that stereotypes cause blacks to behave badly rather than that black bad behavior leads to stereotypes.

Similarly, the miasma theorists assumed that smells caused rot rather than vice versa.

Although microscopes revealed microorganisms in the 17th century, only a few linked them to disease. What people did tend to worry about was poison.

Many famous stories from classical times, such as the death of Socrates by arsenic or King Mithridates (135-63 BC) inuring himself to the toxins of assassins by building up his immunity through taking sublethal doses, concern poison.

In contrast, only a single Roman writer known to us — Marcus Terentius Varro (116–27 BC) — warned that one should avoid living near swamps because they were full of little animals that get inside you and make you sick: a proto-germ theory of disease.

Nor was miasma theory useless: Its directive to eliminate bad smells could lead to pleasant results in itself and sometimes reduced the actual causes of disease. For example, Victorian sanitation reformer Edward Chadwick argued that “all smell is disease” in pushing for vastly more hygienic sewers and water supply in London.

Florence Nightingale in the 1850s was a firm believer in miasmas, but her ensuing recommendations for making hospitals cleaner, brighter, and better ventilated certainly didn’t hurt.

But the logical implication that if you couldn’t smell it, therefore it couldn’t hurt you, could be disastrous.

Miasma theory didn’t go unchallenged. Especially after the arrival of the Black Death in Europe in the 1340s and syphilis in the 1490s ( brought back from the New World by Columbus’ crew – se Jack Wheeler’s The French Disease), the competing contagion theory developed.

By Shakespeare’s time, theaters were shut down during plagues. Hamlet’s wandering players are presumably based on the times when Shakespeare’s troupe had to leave London to find audiences. Shakespeare himself, in his characteristic capacious manner, seemed to hold both theories at once.

But contagion theory was dealt a blow by the advance of science: A study in Barcelona in the 1820s tried to show by contact tracing that yellow fever was an infectious disease. No pattern of human-to-human infection could be found, however.

In reality, yellow fever was spread by mosquitoes. But few guessed that. For some reason, nobody suspected that obnoxious insects like mosquitoes and ticks weren’t just annoying but could also carry deadly illnesses. It might seem natural to blame biting parasites for dispersing diseases, but the intellectual fashions of the age worked against that realization.

Stumped by the Barcelona finding, medical men reverted to miasma theory, which became predominant again in the middle of the 19th century.

Fortified by this fashionable theory, doctors resisted when Oliver Wendell Holmes Sr. and Ignaz Semmelweis insultingly argued that their colleagues were spreading infections from patient to patient by not sterilizing their hands and surgical instruments.

Tellingly, unsophisticated agriculturalists often had more realistic views of the causes of disease than intellectuals. For example, when Sir Richard Burton was searching for the source of the Nile river in the 1860s, it is said that Africans told him yellow fever was carried by mosquitoes.

Finally, over the period 1846–1890, giants like Peter Panum, John Snow, Louis Pasteur, Joseph Lister, and Robert Koch slowly worked out the modern germ theory of disease, with Koch’s 1876 proof that anthrax was due to bacteria being perhaps the decisive event in shifting the tide of opinion.

This led to the American Walter Reed proving in 1901 the theory of Cuban Carlos Finlay that yellow fever was relayed by mosquitoes. In turn, that allowed America to successfully build the Panama Canal by draining the swamp.

Of course, a fundamental difference between the miasma theory of disease and today’s belief in implicit and systemic white racism is that the old-time doctors were against disease. Because they were on the side of humanity, the medical profession eventually swallowed its pride and dropped miasma theory.

In contrast, today’s exponents of the white racism theory of black problems are not against racism in general, the way that doctors were ultimately against disease.

Instead, they are just against racism, existent or nonexistent, of whites toward blacks. They pretend any other form of racism, such as blacks toward whites or latinos toward blacks, simply doesn’t exist – or even can’t exist as by their definition, only whites can be racist.

Thus, to battle all the invisible racist emanations besieging blacks, they demand more racism against whites.

To see how this works, try arguing that the 14th Amendment’s guarantee of “the equal protection of the laws” applies to whites on Twitter, Facebook, or in a letter to the editors of the New York Times… and watch what happens.

So, there is little reason to imagine that they will ever admit they are empirically wrong.

Steve Sailer is the author of America’s Half-Blood Prince:  Barack Obama’s “Story of Race and Inheritance”