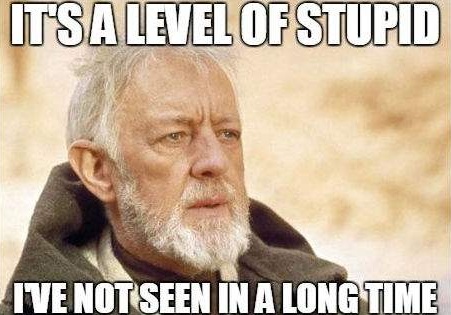 The checkers-chess cliché is overused but often accurate.  It was the media’s meme for George W. Bush; he played checkers, and China and the rest of the world played chess.

The media hated W. almost as much as they loathe Trump, but this time, it is Trump who plays the media as Isaac Stern plays the violin.

He tweets or tosses off a line, as he did this week when he referenced Elizabeth Warren, then sits back and watches the fun begin.  The press corps goes berserk and accuses Trump of all the usual crimes: racism, sexism, etc.

The “racial slur” allegation was particularly off the mark.  These lefty journalists leap into the expected fray before they remember to think.  It appears that few of them know anything about American history.

Trump was not using a racial slur, as Pocahontas was an American Indian heroine.  Trump was reminding us all that Warren appropriated an Indian heritage in order to qualify as a minority hire, specifically at Harvard, who naturally fell for her ruse without question.

By lying about her DNA (we can assume she has no American Indian DNA because she can find out for $80), she took a job that might have been given to an actual minority.  In short, Warren is a liar and a thief, a cultural appropriator.  But she is a Democrat, so for Democrats it’s all good.

Just like with Al Franken’s habit of groping women and a host of other Democrat men harassing and abusing the women who work for them, all that really matters to the Democrat Party swells is the person’s politics.

Trump knows this and enjoys trolling the press.  The reporters rise to the occasion every time.  They put on a show of perpetual outrage, no matter how flimsy, misplaced, or phony their indignation.

So convinced are the media that they are Trump’s intellectual superiors that they make utter fools of themselves on an almost daily basis.  Their obsession and conviction that Trump somehow colluded with Russia continues to make them seem ridiculous after eighteen months and no cigars.  Democrat Rep. Adam Schiff will likely go to his grave muttering, “Russia, Russia, Russia.”

It is clear to everyone outside the Beltway that it was Hillary Clinton who was colluding with Russia in numerous and nefarious ways.  She did it for enormous (and illegal) financial gain and to win the 2016 election.

It is clear as well that Mueller, Comey, and Rosenstein knew of her pay-to-play schemes and perhaps even participated in at least one of them, Uranium One.  It is a mystery why Mueller, his squad of legal thugs, and Rosenstein are being allowed to persecute Trump, his family, and his friends in hopes of finding something to prosecute.  Let’s hope Trump and Sessions know a few things we do not.

We can be absolutely certain of the media’s strategy because of their juvenile clumsiness at implementing it.  They believe that Trump is unqualified and hated by most Americans, but they are wrong.  He is more popular here than Trudeau in Canada, Merkel in Germany, and May in the U.K.

The media’s overconfidence in their ability to shape what Americans think is comical.  They have made themselves a public joke.  The three major networks and two of the cable networks do in fact produce and distribute fake news.  They have been willing ever since Trump became the candidate to prostitute themselves on the altar of progressivism.

The White House press corps is particularly embarrassing.  April Ryan accused Sarah Sanders (my heroine) of not baking the pecan pie she posted.  They were outraged that Sanders had asked them, on the day before Thanksgiving, what they were thankful for!  How dare she?

They were certain that the WaPo hit piece on Roy Moore would take him out, and what happened instead was the truth about a long list of abusive Democrats emerging – as well as the Moore accusations being fraudulent.

They still don’t get that Trump is smarter than the lot of them.  They think that because he does not speak as they do, because his sentence structure is unlike their own, he must be stupid.  They are slow learners.

He has been in office nearly a year now and has accomplished an amazing amount despite all the bipartisan efforts to sabotage his agenda.  Unemployment is down, food stamp use is down, consumer confidence is high, and the stock market is roaring in contradiction to all the lefty talking heads who said it would crater.

Wages are coming up, and the economy is growing faster than any time in the last eleven years.  Not bad for a man hit with slings and arrows all day, every day.

The progressive left can talk about impeachment all it wants, but Trump’s support is growing as people feel his success in their own towns and homes.  You and I meanwhile are enjoying watching Trump put the media into paroxysms of idiocy day after day after day.

The checkers-chess analogy works, and Trump is a Grand Master.