Do you know what the editors of the New York Times look like?  Would you recognize them if you saw them?

We all know what leftie talking heads on television look like, such as Chrissie Mathews, Keith Olberman, Katie Couric, et al.  But how about Markos Moulitsas of the Daily Kos website, the bloggers of the Democratic Underground, or the writers of the New York Daily News? 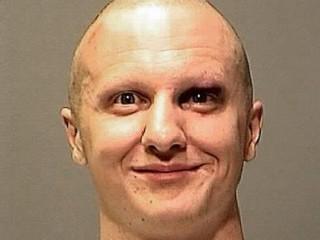 is the Face of the Left.  The left is now the Loughner Left.

Jared Loughner is crazy, mentally deranged in a horribly destructive and evil way.  So is Keith Olberman, Markos Moulitsas, Paul Krugman, the editors of the New York Times – the entire Enemedia  is just as nuts as this Arizona madman.  We’ve always suspected as much, but their clinically around-the-bend fascist politicalization of the Arizona Massacre is final confirming proof.

The Enemedia is populated by fascist madmen who don’t just want to murder a handful of random people – they want to murder America.  They want to impoverish and enslave all 310 million of us. Or put us in jail if we have the temerity to disagree with them.

And yes they use guns.  The purpose of their lives is to use government guns – real actual guns with bullets aimed at us by government goons with orders to shoot to kill if we don’t obey.  Conservatives are the true advocates of gun control in America – control of government guns ruling our lives.

There is no depth of depravity to which they will not sink in order to achieve their fascist goals.  We always suspected as much, and now, with their claim that "Rep. Gabrielle Giffords’ blood is on Sarah Palin’s hands" we know for sure and certain.

The man who made this claim, Michael Daly of the New York Daily News, is a mentally sick man, just as sick, just as deranged, just as hatefully unhinged from reality as Jared Loughner.  But no more so than other members of the Loughner Left, whose derangement is simply more disguised and slightly more subtle.

It is not enough to point out and itemize, as Michelle Malkin has so ably done, the bottomless hypocrisy of the Loughner Left.  This is not news, hypocrisy is their middle name and no shame to them.

That’s because like all sociopaths, they have no morality, no honesty, no sense of shame or guilt, no decency, no sense of fairness or fair play.  What moral code they do possess is straight Marxist-Leninist:  the ends justify the means.

There is good that will come of this.  First is the recognition that the Enemedia – the "mainstream media" of the New York Times, Washington Post, Time Magazine, Associated Press, MSNBC, leftoid anchors on network and cable news, Daily Kos and the Moonbat blogospherel – are disgraced.

No conservative pundit or journalist or activist should have anything to do with them, any more than they would with a writer for a magazine published by the Ku Klux Klan.  The Loughner Left has lost its membership in decent, civilized society.  They are no longer to be considered decent people.

If they wish to be once more, then genuine public contrition is required.  Any conservative finding himself on air, for example, with a Loughner Leftie, should begin with a request for an apology to Sarah Palin, the Tea Partyers, and conservatives in general for the obscene accusations that the Arizona Massacre was their fault.  If they refuse, they walk off the set after denouncing the leftoid as a deranged fascist monster just as crazy as Jared Loughner.

The second good to come of this is that there is no way to deny now that we are in a street fight to the knife with crazy evil people, people who mean to kill our country.  No quarter given, no quarter taken, no Marquis of Queensberry rules.

Ask yourself:  what would you do if you found yourself in an actual real fight with a homicidal maniac?  No escape, no running and hiding, it’s fight or die.

We are in that fight, folks.  It’s fight or die now with the Enemedia of the Loughner Left.