THE LIMITS OF AMERICAN PATIENCE 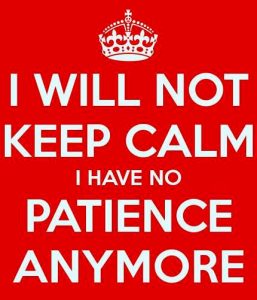 Not being willing any longer to be manipulated is not succumbing to isolationism. Wondering whether the United States can afford another liability is not mindless nationalism. Questioning whether America can afford the status quo here and abroad is not heresy.

Assuming we can borrow our way out of any inconvenience is largely over.

What helped elect Trump was a collective weariness with demands put on a country $20 trillion in debt. America is currently running a $57 billion a month trade deficit.

The poverty of inner-city Detroit, or rural Central California, or West Virginia does not suggest an endlessly opulent nation, at least as a visitor might conclude from visiting Manhattan, Chevy Chase, or Presidio Heights.

NATO was designed to protect Western Europeans from Soviet expansionism and to allay fears of traditional Russian nationalism. It transmogrified into a vital Western alliance that might use collective deterrence and action to preserve shared democratic values.

But if a distant United States is to continue anchoring such a key defensive league, then surely its front-line member states of a prosperous Europe must meet or exceed their own freely agreed upon levels of defense spending.

Instead, until recently, most did not.

The unspoken premise for such nullification was that the United States needs NATO more than the NATO states in Europe need the United States. Or given that America is so big and powerful a patron, surely it could always afford to subsidize an errant client.

Mexico assumed that a rich neighbor could, in perpetuity, serve as a refuge of last resort for its impoverished citizens, thereby providing a safety valve and precluding any need for its own internal reform.

The United States was supposedly so affluent that it could both offer entitlements to illegal aliens and, given such aid, not care whether many of them sent $60 billion back home (what is a mere $60 billion out of a multi-trillion dollar economy?) to Central American and Mexico.

When occasionally the United States recoiled a bit, Mexico could always accuse an essentially open-border America of being restrictionist and xenophobic.

One wonders how exactly would Mexico’s hostility be expressed—by vows not to receive remittances, or to demand repatriation of its lost citizens, or unilaterally to leave NAFTA, or to elect a nationalist president who would build a wall?

Trade surpluses are built into Beijing’s DNA. All of the above is predicated on several assumptions:

1) America shrugs that such laxity will “modernize” and “Westernize” China,

2) America is supposedly so wealthy it can afford the asymmetry,

3) Americans most hurt by unfavorable trade are not those who craft its politics,

4) China would never allow what it demands from the U.S.,

5) China interprets magnanimity as naiveté and weakness, not as outreach to be returned in kind. To suggest that a reckoning is needed is akin to wanting an all-out “trade war.”

Aside from the complex politics of the Middle East, the Palestinians play a strange game with U.S. policymakers. They accept that over 60 percent of the U.S. population is unsympathetic to their agendas.

But they also assume that Americans should variously route them about $700 million in annual aid—apparently on the premise that without such American help there is no telling what they might do to Israel or U.S. interests.

This same mindset that presupposes a distracted America has endless money and patience applies at home in a number of areas.

Universities and colleges have taken for granted that they can count on massive federal student loan subsidies to increase vastly the number of administrators, pay for an expanding apparat of politicized and nonteaching staff, increase tuition beyond the rate of inflation and not dare to be held accountable for dismal graduation rates, poorly educated graduates, or ossified systems of tenure.

They recoil at the mention of exit exams for graduates. But when at some institutions nearly half the units are taught by poorly paid temporarily lecturers, and national aggregate student debt reaches $1 trillion, and the First and Fourth Amendments are under assault, what cannot go on, will not go on.

Finally, the common denominator of these absurdities is again that the United States is $20 trillion in debt—a fact that Trump will soon have to address. Servicing that burden is predicated on two assumptions of the last 12 years:

1) the U.S. economy, due to structural changes, is permanently ossified at or below 2 percent annualized GDP growth; and

2) near zero interest rates allow three or four dollars to be borrowed for the same prices as one dollar of debt used to cost in the now forgotten boom years of the 20th century, making borrowing supposedly a great deal.

Yet the economy is likely growing at 3 percent per year; unemployment is reaching historic peacetime lows. The volatile stock market is still at record levels. Inflation will soon creep up, and with it interest rates—bringing to a close a decade of fiscal irregularity and a return to the norm that those who borrow money pay an often costly interest rate.

In other words, the cost of serving a soon $21 trillion debt will gobble up current discretionary spending. At the same time, an entire generation of the baby boomers is now above 62 and at increasing rates drawing on Social Security and Medicare, living longer, and demanding services that no elderly generation of the past imagined.

In reaction, Democrats snore and assume their costly redistributionist and entitlement agenda are sacrosanct. To ensure they are, they cut borrow-and-spend deals with supposedly frugal Republicans who want to increase defense spending at all costs.

The charade is to give each what the other wants, and then stage a mutual name-calling fight over who is responsible for the most borrowing—while privately agreeing not to touch Social Security and Medicare.

But once more what cannot go on, won’t go on. As interest costs rise and the debt grows, do not expect a big bang.

Rather, we will see a whimper.

Insidiously what was deemed untouchable, will turn out to be rather easily unfunded—whether it is a new bomber program, a Medicare prescription drug benefit, or social services for illegal aliens.

It is not set in stone that half the country shall always pay no income tax.

Because the country is exhausted at the lying and conceit, it will simply shrug and get on with the downsizing, as in “stuff happens.”

Even in relatively small areas of expenditures, does the United States care whether there is no more money for the Gaza strip, or remittances to Mexico shrink to a $1 billion a year, or Germany fumes that it has to devote 2 percent of its GNP on defense?

Donald Trump’s presidency is many things, but there is one common denominator with all that has transpired since November 2016. The once unimaginable can become normal.

When the veneer of conventional wisdom and practice is torn off, Americans learn that was not much there underneath after all, whether that idea is that we can never question open borders or Chinese commercial cheating—or whether it is complacency in our penchant to keep borrowing without worries over tomorrow.