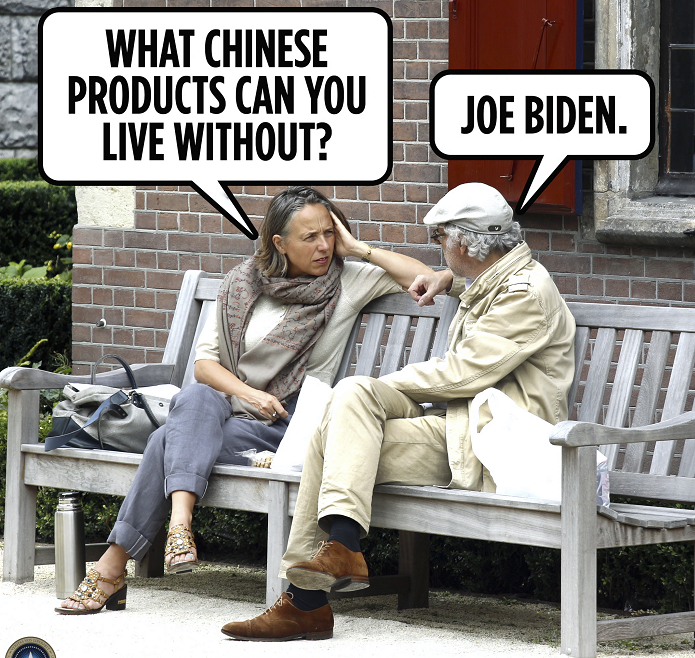 Innately aggressive cultures and governments, megalomania, the desire for power, resources, and empire prompt nations to bully or attack others. Less rational Thucydidean motives such as fear and honor and perceptions of self-interest are not to be discounted either.

But what allows these preemptive or aggressive agendas to reify, to take shape, and to leave tens of thousands, or even millions, dead?

The less culpable target (and wars are rarely a matter of 50/50 culpability) also has a say in what causes wars. The invaded and assaulted sometimes overlooked or contextualized serial and mounting aggression. They displayed real military weakness or simple political ineptness that eroded deterrence. They failed to make defensive alliances with stronger nations or slashed defense investments that made the use of deterrent force impossible.

In sum, without deterrence and the clear potential in extremis to do an aggressor damage, there can be no meaningful peace negotiations, no “conflict resolution”—unless one believes a Hitler, Stalin, Mao, or Kim Il-sung can become a reasonable interlocutor across the peace table.

Weakness as Strength, Strength as Weakness

There are also other more subtle follies that can turn tensions into outright fighting. And they are relevant in the current global landscape as we go not just from one president to the next, but from a realist and tragic view of foreign policy to an idealist and therapeutic one.

One catalyst for war is a lack of transparency about the relative strengths and will of potential enemies.

When [FPX] projects the image that the Pentagon is more concerned about ferreting out make-believe internal enemies (like “white supremacists”) than in seeking unity by deterring aggressors, then belligerents such as China, North Korea, and Iran and others will likely wager that the United States will not or cannot react to provocations, as it has done in the past.

Accordingly, they will be emboldened to provoke their neighbors with less worry about consequences.

Hitler invaded the Soviet Union in 1941 on the false assumption that Stalin had been too busy purging his military elite, starving his own people, or executing both rivals and friends. He certainly did all that and more.

Yet despite Soviet cannibalism, nonetheless, Hitler was apparently unaware that the chaotic Russians could still field an army twice the size of his own. Stalin’s tanks and artillery were just as or more deadly than Hitler’s—and soon far more numerous than the assets of Blitzkrieg.

A spirited, defiant and, yes, united populace was determined to protect Mother Russia from the invader. The British Empire and America were far more potent allies than Hitler’s Mussolini and Tojo.

So wars are deterred when all the potential players know the relative strengths of each and the relative willingness to use such power in defense of a nation’s interests.

Lack of such knowledge leads to dangerous misjudgments. And war then becomes a grotesque foreordained laboratory experiment to confirm what should have been known in advance.

Wars begin when aggressive powers believe that their targets are weaker, or give the false impression that they are weaker, or at least stay inert in the face of provocation.

What were Argentina’s generals or Saddam Hussein thinking when they provoked the United Kingdom or the United States during the Falkland War and First Gulf War? No doubt, they assumed that their more powerful targets were too busy elsewhere, played out, or insufficiently concerned to react.

In aggregate, a lot of damage and death followed in those two respective brief wars of 1982 and 1991—and all to prove what should have been obvious.

Perhaps Buenos Aires had one too many times read of British parliamentarians referencing the “Malvinas” rather than the Falkland Islands. Or Saddam remembered too well the United States Ambassador to Iraq naïvely voicing uninterest in 1990 “border” disputes between quarrelling Arab neighbors.

Both in the manner of Dean Acheson’s controversial speech in January 1950 to the effect that South Korea was probably not inside the U.S. defensive orbit abroad and thus made a previously hesitant Stalin, Mao, and Kim Il-sung a little less hesitant.

Both Argentina and Iraq wrongly equated diplomatic naiveté and laxity with military unreadiness and weakness and paid the price in inglorious defeat.

The truth is that what reassures our allies is not talk of new bipartisanship, internationalism, and tolerance, but quiet coupled with overwhelming power and a clear message to use it in defense of our interests.

Some German and Japanese military grandees pointed out to the Hitler and Tojo regimes that it was insanity to de facto prompt a potential alliance between the British Empire, the United States, and the USSR, given their enemies’ aggregate populations, collective GDP, global reach, and military potential if mobilized.

But too many in the deluded Nazi and Japanese militaries instead judged British appeasement in the mid-1930s, American isolationism during the 1930s, and Russian collaboration from 1939 to 1941 as proof of weakness and timidity.

Nothing is more dangerous than stronger powers, even inadvertently, sending signals that are interpreted as weakness by weaker powers.

[X]iden should not assume that Trump’s gratuitous rough talk abroad was as dangerous as loud laxity. His predecessor never committed the felony of suggesting to a weaker Iran or China that their aggression would be contextualized or ignored. And Trump unpredictability more likely bothered Beijing than the predictable acquiescence and reassurance of the Obama years.

Peace For Our Time

It is also dangerous to raise unwarranted expectations that a new round of negotiations, a new head of state, a new climate of reconciliation can all per se reformulate animosities and lead to landmark negotiations and peaceful resolutions to potential conflicts.

If proper attitudes, good will, and eagerness for negotiations on the part of democracies could ensure peace, then the 20th century could have skipped the over 150 million killed in conflicts, and the League of Nations and United Nations would now be deified for eliminating deadly wars.

The story of intifadas and Middle East wars is often the aftermath of unrealistic new peace efforts to bridge differences that could not be bridged without the perceived humiliation of one or both parties. Thinking an enemy will give concessions that it simply will not or cannot only inflames an aggressor.

Neville Chamberlain’s felony was not just going to Munich with the intention of rewarding German aggression, or believing he could trust a thug, but also returning waving a piece of paper with grand boasts of “peace for our time” that deluded his own countrymen.

When the idiocy of Munich soon sorely woke up the formerly ecstatic British public, and perhaps enraged the German people who felt Hitler’s enemy already earlier acquiesced to German dreams, both nations concluded that if a sure peace treaty had failed, then what was left but war?

“Comprehensive” peace talks often can be more dangerous than modest agreements to channel hatred in some way other than shooting. [X]iden should keep an eye on Iran and China, and avoid the fantasies of some wide-ranging settlement that will be neither thorough nor a settlement.

Just as hazardous is to attack gratuitously the statecraft of one’s predecessor. Such internecine sniping sends the message abroad that common ground will be found not among Americans but among America and its enemies—a surreal idea that America’s enemies see as weakness to be leveraged.

Barack Obama made a career about reassuring the world that George W. Bush and his preemptive wars were reckless and not to be repeated. He earned the murderous ISIS “Jayvee” caliphate as his reward along with misadventures with Syria and in Libya.

If we wondered why Putin turned so ambitiously aggressive, as in Crimea, it might have been that the foundations of Obama-Clinton reset were based on a false conclusion that Bush’s modest pushback against Russian aggression was too provocative and would be mitigated in a way that green-lighted Putin.

When a government loudly and boastfully expresses a new reset, a new paradigm, a new arrogance about solving problems, it risks blaming its own country rather than the foreign belligerent, and thereby can only encourage adventurism.

[X]iden has billed his foreign policy team as a return of the “bipartisan” and “internationalist” breakthrough pros in rebuke of his predecessor.  So, if [X]iden sounds like he hates Trump more than the Iranians, why then would not the Iranians believe he is the enemy of their enemy and now a friend to be used?

When a president tells the world that his predecessor did not vaccinate one American, and then enters office weeks after he and 17 million other Americans were already vaccinated, what is the world—and especially American enemies— to think?

That irrational hatred of Trump and his policies is a way to win exemption for their own behavior?

If [X]iden promises to return to the Iran Deal to create peace in the Middle East, to bring back the Palestinians to the center of negotiations to “find a comprehensive peace” with Israel, he will not merely stumble, but fail after claiming he did everything right in failing.

Despite the animus toward Trump, nothing is broken abroad.

NATO is better funded, better armed, and more fairly contributory to the shared cause.

In the Middle East, pro-Western Arab and Muslim nations are now aligned with the United States to contain Iran and its appendages like the Assads in Syria, Lebanese Hezbollah, and West Bank Hamas.

Iran, the font of anti-Westernism and anti-Americanism in the Middle East has not merely been sanctioned and isolated, but broken and decimated by the pandemic and crashing oil prices.

The reason that China despised the Trump Administration was not, as it claimed, xenophobia, racism, or China bashing, but rather because Trump called out and exposed its decades of aggression, subversion, and its planned trajectory to global hegemony.

When the [X]iden team talks of reentering the Iran Deal without the Trump baggage, or wants a new relationship with China, they may well instead be interpreted by our enemies as rejecting deterrence, forgetting why the Trump Administration held those two countries to account, and inviting them again to take risks they otherwise might not be willing to take.

Our enemies may not see [X]iden just as elderly and frail, his congressional majorities thin, his animus directed more at the Trump movement than others abroad, but as unlikely to respond to their own aggression.

[X]iden would do better to apprise quietly his friends and enemies of America’s force and determination. He should resist comprehensive deals with China and Iran that have unrealistic chances of success given their agendas.

And he could claim Trump’s successes as his own and continue their current trajectories, rather than court favor abroad by distancing himself from a largely successful foreign policy guided by Secretary of State Pompeo.