2 The Point News » Adventure/Explore » THE KASBAH OF AÏT BENHADDOU

THE KASBAH OF AÏT BENHADDOU 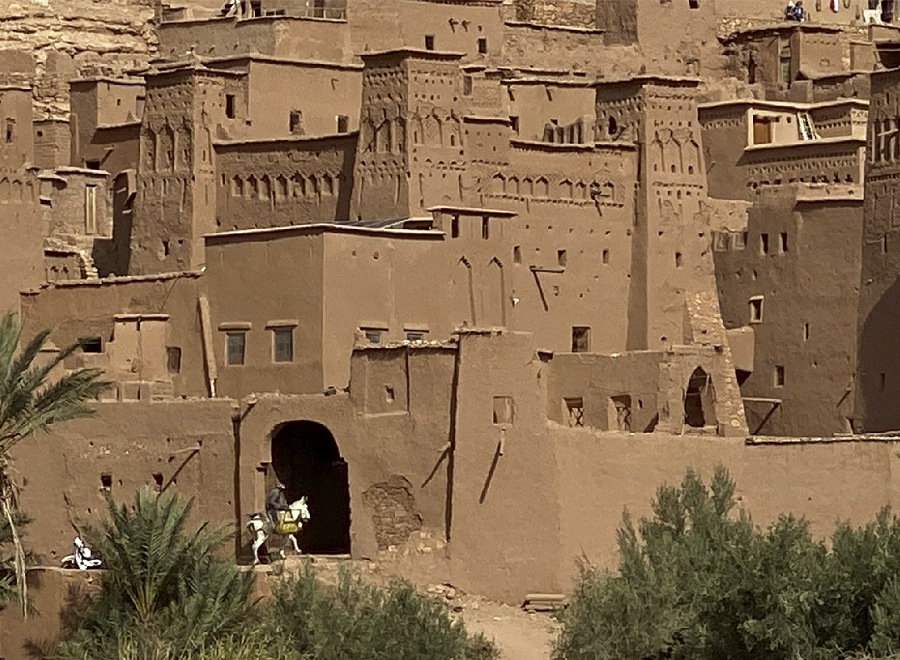 Aït Benhaddou is a thousand year-old kasbah or fortified village on the ancient trade route from the Sahara to Marrakech in Morocco. It’s constructed entirely of rammed earth, adobe, and wood.

Remember the famous scene in Gladiator where Maximus shouts “Are you not entertained?!” to the bloodthirsty crowd? It was filmed here, as were scenes in many other movies such as “The Jewel of the Nile,” and “The Mummy,” or the series ”The Game of Thrones.”

Yet this is no location set – people live here, scores of families, as they have for a millennium. You’re welcome to come here to see how they live for real – as here Hollywood is far, far away. (Glimpses of Our Breathtaking World #181 photo ©Jack Wheeler)