2 The Point News » Adventure/Explore » THE INSPIRATION OF AMERICA

THE INSPIRATION OF AMERICA 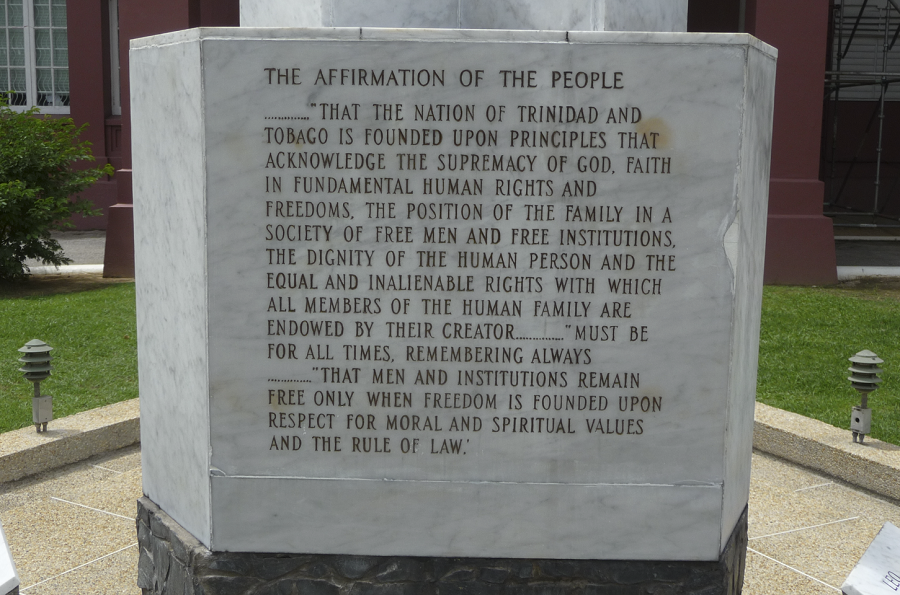 Next to the entrance of The Red House, the Parliament of Trinidad and Tobago in the capital of Port of Spain, there is this marble inscription. It is clear that it is inspired by our 1776 Declaration of Independence and America’s founding principles. Trinidad’s population is 99% either Indian (from India), African, or a mix of the two. 64% are Christian, 21% Hindu, 6% Moslem, others undeclared – and all have these principles as a common bond between them.

Here in the Caribbean’s Trinidad is such a clear example of how America’s founding moral principles are such an inspiration to all humanity, of all cultures, creeds, and ethnicities. They are universal, America’s heritage as a gift to the world. This is the heritage of all Americans – something we need to hold on to and hold dear as we persevere during this current period of our country’s cultural, moral, and political lunacy. (Glimpses of Our Breathtaking World #152, photo ©Jack Wheeler)