THE INCURABLE ROT OF THE FBI 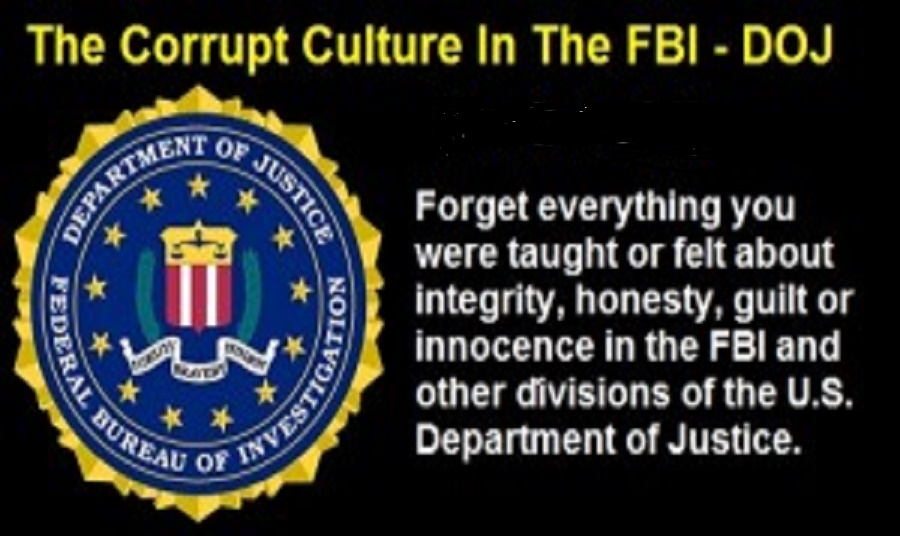 The incurable incompetence, corruption, and moral rot of the Federal Bureau of Investigation was on full display last week.

Within a 24-hour period, some of America’s best female athletes recounted to a Senate committee their painful tales of how the FBI ignored evidence that team doctor Larry Nassar was a sexual predator — and a powerful attorney who colluded with the FBI to concoct one of the most animating chapters of the Trump-Russia collusion fiction was indicted for lying to federal officials.

Overlap in the two cases is more than ironic, it’s illustrative:

Michael Sussman, a lawyer for Perkins Coie, the law firm that was working on behalf of the Hillary Clinton campaign, met with the FBI’s general counsel in September 2016 to plant a false story about Donald Trump’s financial ties to a Russian bank.

That same month, the Indianapolis Star broke the story of how Nassar, the longtime physician for the USA Gymnastics team, had sexually abused several female gymnasts. One victim filed a lawsuit after the FBI refused to investigate complaints made to at least two FBI field offices in 2015 and 2016.

But the FBI at that time was too preoccupied with protecting Hillary Clinton to deal with a monster who had systematically raped nearly 300 female American athletes. (As Lee Smith recently noted, the FBI “has been used for a quarter of a century as the place to clean up the Clintons’ dirt.”)

Months before the 2016 presidential election, the FBI, led by James Comey, used its unchecked authority to sabotage Donald Trump.

Meanwhile, elite American athletes, including Olympic gold medalists, could not get the bureau’s attention while a sexual abuser continued his rampage. Local FBI agents passed the buck and allegedly falsified reports; one agent reportedly tried to shake down a USA Gymnastics official for a job with the organization.

The FBI’s political game-playing came with irreversible human cost. According to an analysis by the New York Times, at least 40 women and girls, including some of the youngest victims, were assaulted by Nassar between July 2015, the first contact with the FBI, and September 2016.

Had the Star not published its exposé of Nassar that month, which finally prompted some action by the FBI, who knows how long his depraved predation would have continued?

“If they [the FBI] are not going to protect me, I want to know, who are they trying to protect?” McKayla Maroney, a two-time Olympic medalist and one of Nassar’s most frequent victims, asked the Senate Judiciary Committee on September 15.

It’s important to understand that Nassar is no outlier.

FBI Director Christopher Wray, hired by President Trump in 2017, publicly apologized. The “fundamental errors” made in the Nassar case, Wray told the judiciary committee, would not happen again as long as he’s head of the agency.

“I want to make sure the American people know that the reprehensible conduct . . . is not representative of the work that I see from our 37,000 folks every day.” The rank-and-file, Wray insisted, perform their jobs with “uncompromising integrity.”

But Wray is wrong to claim that the Nassar case is an outlier. From the top of the command chain down, the FBI has trashed its reputation through a series of scandals. It’s not just the alarming texts between spousal cheats Peter Strzok and Lisa Page; the ambush of Lt. General Michael Flynn in the White House; Comey’s use of the shady Steele dossier to set up Donald Trump; or Andrew McCabe’s lies to his own FBI investigators.

It’s not just the other set of “errors”—17 to be exact—found in the FBI’s four unlawful FISA applications on former Trump campaign adviser Carter Page. Or the official email doctored by a top FBI lawyer cited as evidence on one of the applications. Or the fact that no one in the agency has gone to jail for perpetrating one of the greatest frauds in history on the American people.

Richard Trask, the special agent in charge of the investigation, was arrested in July for physically assaulting and choking his wife after attending a swinger’s party. Trask was fired this month; he faces numerous criminal charges. Prosecutors decided not to use Trask as a witness after his social media account revealed numerous anti-Trump posts, including calling the president a “piece of s**t.”

(Obvious Freudian slip, as he must have been referring to himself.)

Defense attorneys in the Whitmer case asked the judge to delay trial for 90 days as they investigate the conduct of at least a dozen other FBI agents involved in the conspiracy. The FBI gave one informant $24,000 and a new car for his services.

Wray brags that every FBI field office is participating in the Justice Department’s “unprecedented” investigation into the breach of the Capitol. But reports of how his agents have handled more than 600 arrests do little to support Wray’s assurances of professional “integrity.”

Defendants have been subjected to pre-dawn raids conducted by dozens of armed agents using military-style vehicles. I spoke with the spouse of one defendant who told me agents interrogated her about what cable news channel she watched, her views on illegal immigration, and who she voted for in 2020.

The FBI raided the home of an Alaska couple then handcuffed and interrogated them in separate rooms for hours until investigators realized they had the wrong suspects.

A 69-year-old man in New York City suffered a heart attack as FBI agents raided his apartment with a television news crew standing by; the man never was charged.

FBI agents arrested a Florida man in front of his wife and young daughter, who asked why officers were “locking daddy’s hands.” Casey Cusick was charged only with misdemeanors for entering the Capitol on January 6.

Agents seized as evidence a Lego set of the Capitol building during the raid of Robert Morss, an Army ranger with three tours in Afghanistan. Far from nefarious intent, Morss had the Lego set to use with his students as a substitute high school history teacher. (He was fired after his arrest.)

And those are just a few stories.

One frightening bottom line at this point is that the FBI has no accountability whatsoever.

Wray picked up where Comey left off, allowing his agency to be part of Democrat Party political spin. He recently issued a “threat assessment” on QAnon and disclosed that the FBI so far has arrested at least 20 “self-styled QAnon adherents” related to the Capitol breach investigation.

Wray designated January 6 as an act of “domestic terror” and his agency regularly tweets out the faces of “most wanted” Trump supporters who were at the Capitol on January 6.

Infuriatingly, Wray fired only one agent involved in the Nassar fiasco—and the man was fired the week before the Senate hearing, six years after he first interviewed Maroney. “Someone perhaps more cynical than I would conclude it was this hearing here staring the FBI in the face that prompted that action,” Senator Richard Blumenthal (D-Conn.) said to Wray.

“This conduct by these FBI agents . . . who are expected to protect the public is unacceptable, disgusting, and shameful,” Maggie Nichols, the gymnast who first reported Nassar’s crimes to the FBI, told the committee.

Her description, however, applies to the entire FBI—an institution with no shame, no remorse, and no accountability. There’s no fix for that.

Julie Kelly is a conservative political commentator who writes for The Federalist, National Review, American Greatness, The Hill and elsewhere.