THE FASCIST CRUELTY OF A FIRST WEEK IN POWER 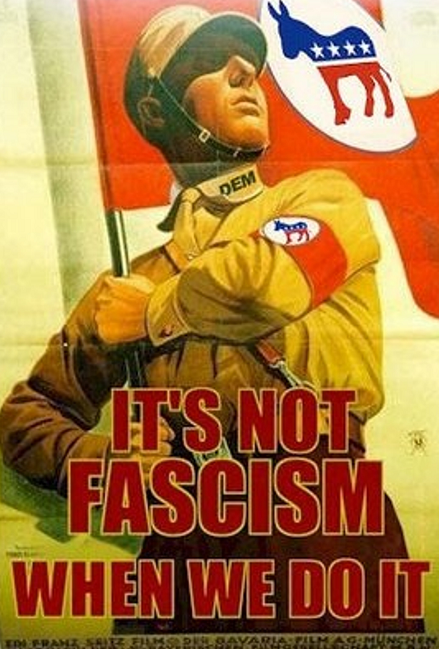 [FPX] was inaugurated a week ago, and like the dictator his handlers have long yearned to install, his has started out as a cruel administration.  His 22 executive orders so far, more than any other president in history, have already sent tens of thousands of jobs down the drain with coldhearted carelessness.

He stopped construction of the Keystone XL pipeline with the stroke of his pen.  He has put all those who were working on the border wall out of work.  As all those who opposed his candidacy suspected, he is doing China’s bidding.  Of course he is; the Chinese own him.  Every single person he has appointed to his Cabinet is aligned with China as well.

It is quite likely that [FPX[ has no idea how catastrophic the E.O.s he has apparently signed have already been for blue-collar workers across the country.  [FPX[‘s handlers are leading him around by the nose, putting the words they compose on his teleprompter, which he has difficulty reading.

It took the Obama administration a year to do this much damage.  This crowd, believing they have absolute power in every sense of the phrase, have set about implementing the transformation of the U.S. from a democratic republic to a communist -fascist oligarchy.  In a flash, there is no more freedom of speech or assembly.

This new regime is about to make the COVID vaccine mandatory.  Medical treatment cannot be mandatory.  President Trump got the vaccine up and running, but now we must wonder how many Chinese scientists were in on its design.

Every American most likely realizes that filling D.C. with military troops for the inauguration was a farcical performance of political theater and a costly one at that.

The horrific treatment of those troops is typical of the left; leftists have long loathed our troops, whom they view as virtual slaves, instruments of the wars leftists initiate for financial gain.  They were made to sleep on the ground of a parking garage.  They were given toddler snacks to eat.

So confident in their new fascist control over us all, leftists are suddenly unafraid of overtly demonstrating their contempt for those of us not members of their superior class.  Now that they hold all the cards, no need to pretend they care about “we the people.”

So along with [FPX[‘s dictatorial executive orders comes Schumer’s plan to further constrain our freedoms due to the “climate emergency.”  But there is no climate emergency.  It’s just another hoax, a fear-mongering ruse to create a global government.

The planet has survived all manner of climate changes.  We humans can no more affect the climate here than we can on Mars.  And even if we could, we are not responsible for the irresponsibility of nations like China and India and their filthy air.

The Paris Climate Accord is only about making U.S. taxpayers pay billions of dollars to those nations to equalize the quality of life on the planet.  Not a single prediction of the Algore climate alarmists has come true.

Snow still falls from the sky; there are no more hurricanes than normal; polar bears are alive and thriving; droughts occur here and there as they have throughout the millennia.  But the FPX administration is going to use climate alarmism to continue restricting the American population from living their lives.

President Trump energized our economy, made us energy independent.  [FPX[ has in the span of a week tanked it in order to make us dependent on Saudi Arabia again.  He is about to ban coal-mining, too.  What will happen to those miners?  These green jobs he claims all those suddenly unemployed workers are going to transition to do not exist.

The arrogant Buttigieg, the new transportation secretary, a job he is uniquely unqualifed for, when Ted Cruz asked what would happen to those people, snarkily replied, “They’ll get other union jobs.”  Exactly where and when he did not say.  He can’t.  Those jobs do not exist.

This is a nasty group of radicals, this [FPX[ Cabinet of now out-of-the-closet communists.  They are wildly overreaching in a country that is based on individual liberty.

So drunk with their newfound power, the left’s pundits have let loose with the vitriol they really feel for us peons.  Katie Couric thinks we all need to be reprogrammed, and she is not alone.

That PBS lawyer thinks our children should be confiscated and re-educated.  New press secretary Jen Psaki wants to disallow all conservatives from W.H. press conferences!  How’s that for the end of our democratic republic?

And DHS is about to surveil all conservatives as potential domestic terrorists.  They’ve done this without a shred of evidence or threat.  It is clear that they hope to incite a few militia types to make their case for eavesdropping on us all.

Within one week, this new and illegitimate administration has revealed itself to be the most fascist, the most illiberal in U.S. history.  These people intend to continue to use COVID as a weapon, the vaccine as a weapon, a second faux impeachment as a weapon.

Where is the mass press conference attended by every Republican in Congress?  Why are they not on every cable news program decrying what the Left is doing?

We must be grateful for Cruz, Hawley, Johnson, Jordan, Gaetz, et al., who are the precious few doing what each and every one of them should be doing: fighting back as if our lives depended upon their fighting back.  This new administration is destroying America as founded faster than we can say “Constitution.”

Where are the rest of the elected Republicans sent to D.C. to represent us?  Cowering in their basements?  It seems so.  If they are not going to fight for us, why are they there?  It appears they are there to become part of the get-rich-quick swamp.

That is why they hate Trump so much.  He was already rich, and he did fight for “we the people.”  He exposed them all for who they really are — self-serving jerks.

“You always know the mark of a coward. A coward hides behind freedom. A brave person stands in front of freedom and defends it for others.” —Henry Rollins