THE FASCISM THE LEFT PLANS FOR US NEXT 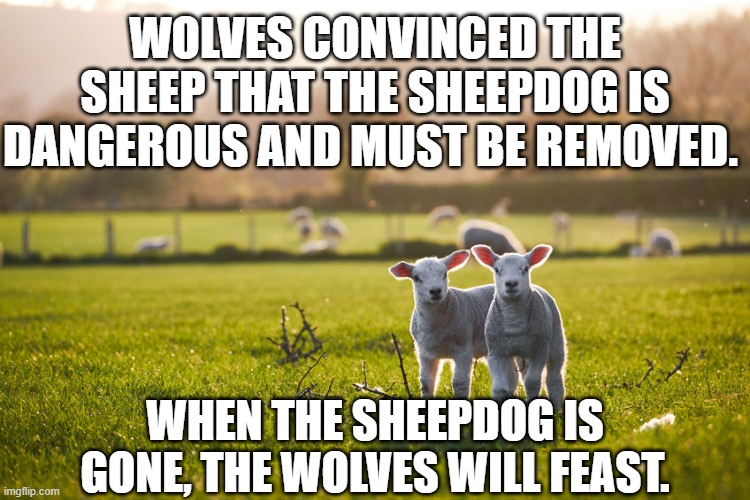 It was said during our Mideast military adventures, and has been considered a truism of war, that you can’t really win a conflict without “boots on the ground.” For it’s difficult to completely subdue a people from afar.

While such “boots” are far from a sufficient condition to win a war – the Taliban are proclaiming victory in Afghanistan after our having boots there for almost 20 years – they may well be a necessary condition.

It may not be too different with battles for civilization.

Back in 2012, addressing a long-developing reality, I wrote that the culture war was over as the Left had achieved social dominance: “What is occurring now is a pacification effort, one designed to stamp out the conservative diehards.”

Other than its intensification, the only thing that has changed about this effort in the last decade is that it has a new name: “cancel culture.”

With GoogTwitFace having upped its bias and dropped its mask, and corporate America joining academia, the media and entertainment on the Dark Side, these entities act as a malevolent monolith silencing dissident voices from Maine to Maui.

But it would be naïve to think the Left, which craves power and wants total control, will be satisfied with its current soft authoritarianism.

This brings us to two developments that could cause the raising of eyebrows if not militias.

Consider: If you heard about a Third World country in which the leadership was purging the military of political opponents, would you assume it was just an exercise in ideological nepotism?

Or would you suppose the leaders wanted a military of devoted fellow travelers who would, when asked, unflinchingly turn their guns on domestic opponents of the regime who couldn’t be cowed by other methods?

Now, should the assumption be different just because the military purge occurs in a developed country?

Just such an event has been taking place in the U.S. for at least a decade. We owe this to Barack Obama, who not only tried to socially re-engineer the military but also engaged in a widely noted purge of top military brass.

President Trump didn’t (couldn’t?) do enough to reverse this process, and now it has been kicked into high gear. Having largely corrupted the armed forces’ upper echelons, the Left now aims for rank-and-file ideological conformity.

Thus do we hear about how we must stamp out the imaginary boogeyman du jour, “white supremacy,” from the military.

Preposterously, Secretary of Defense Lloyd Austin even issued, in early February, a 60-day stand-down order to address the alleged internal threat it poses.

Of course, white supremacists are about as common as straight, happily married women at a NOW feminist convention. This isn’t to say there aren’t liberals delusional enough to believe the threat is real; that they’re detached from reality is partially why leftists are so dangerous.

Yet it’s clear there’s a different motivation among the Machiavellian leftists.

It hasn’t escaped the Left’s notice that the military traditionally leaned Republican. Moreover, even if this has changed somewhat, having armed forces that are obedient to the ruling party to the point of wickedness isn’t possible with dissidents in the ranks. (Besides, “fragging” is a real thing.)

So you need a purge. You do this by conjuring up a boogeyman — in our case “white supremacy” — and then characterizing it as a widespread, existential threat.

This now means defining Trump support, patriotism, opposition to illegal migration and, really, any deviation from the Left’s agenda at all as reflecting white supremacy.

It’s an old tactic: Portray already persecuted minorities or political opponents as the persecutors so you can leverage even more control over them. It’s how you create your own Enabling Act moment. Yes, the January 6 Capitol Hill ersatz insurrection is our Left’s Reichstag Fire.

Pre-election polls showing that military members favored Joe Biden over Donald Trump indicate how the armed forces have already been partially transformed. Yet controlling the military is only part of the equation. You must also own the other boots on the ground: the police.

As soon as the talk of dismantling/defunding/“re-imagining” law enforcement began last year, the question arose that while much of the movement was driven by blind passion, what rational reason would there be to want to nix the police?

The answer: Certain leftists want to eliminate the police because they want to become the police themselves.

Power-mongers attack those whose power they crave. Leftists want centralized control over local police just as they now have control over the Department of Justice and the FBI.

They especially want this because law enforcement is generally, it appears, even more conservative than the military (its members are older, for one thing).  And especially since certain sheriffs are engaging in nullification efforts, having vowed not to enforce some new anti-gun and/or COVID-related laws.

Remember that sheriffs are elected by an area’s local population and, with most counties being conservative (Trump won 83 percent of counties, or about 2,600, in 2016), such nullification isn’t surprising; moreover, expect more resistance to radical leftism in a good portion of this 83 percent of the nation.

So while the Left is quickly gaining monolithic federal control by virtue of large population centers that rig votes for Democrats, controlling Middle America with its more patriotic police is a different matter.

That is, unless the Left can institute federal police. Ergo, the “re-imagining” of law enforcement.

Once your sheriff is an Antifa/BLM-sympathizing ideologue installed by D.C. (District of Communism) and hailing from 1,000 miles away — with no local community ties — he’ll happily “discipline” the white supremacists lurking around every corner.

If the Left can co-opt the military and police, it will have seized our country’s last two remaining (relatively) “conservative” institutions. It will also have what’s necessary to quash that impediment to total coast-to-coast hegemony: America’s framework and tradition of state and local control.

At least, that’s their plan – and look what they’ve already done to the Pentagon.

Leftists know that the Left-Right divide is intensifying and that more “conservative” states — such as Florida, South Dakota and South Carolina — are increasingly beating their own path.

And they know that as their philosophical soulmate Mao put it, “Power grows out the barrel of a gun.”

There’s no question that certain leftists have thought about using boots on the ground to conclude their pacification effort. Remember that Bill Clinton might have once said: “I loathe the military” back when leftist protesters were calling Vietnam-era soldiers “baby killers” and that today’s socialist rabble spew venom at police.

But they don’t in principle hate either institution.

Because just as they’ve flipped from hating to liking the intelligence services as they now control them, so would they love the military and police — and use them with zeal — upon seizing them.

Also note that so-called “leftism” is not an ideology. Its really a mental disorder, which is why its “principles” change continually. As such, it is a movement toward moral disorder.

Leftists are morally disordered people, the worst of them being vice-ridden, amoral and driven by base appetites such as power lust.   In other words, they are fascists, and we must never forget this.  The best way to deal with them is to “pretend you’re dealing with Satan.”

Vanguard leftists are above nothing and beneath contempt. If you read the worst possible intentions into whatever they do, you won’t too often go wrong.  And now you know the specific fascism they are planning for us.  Prepare accordingly.

Selwyn Duke is a conservative contributor to The Hill, RealClearPolitics, The Observer, American Thinker – and now TTP.