THE ECONOMICS OF ALICE 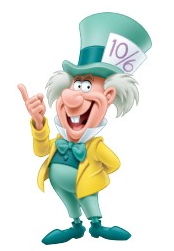 What the world’s major central banks have been doing is not working. Rather than go back to the tried and true, they are now digging in deeper on policies that are bound to fail, such as the move to negative interest rates, which many will find personally harmful.

The first bank-like institutions started more than 2,000 years ago by serving as a place for safekeeping of one’s gold and silver coins, with the understanding that the “bank” would lend out some of these coins in exchange for a payment — known as interest.

Early on, people understood that there was a “time value to money,” meaning that money at the present time is worth more than the same amount at a future time due to its potential earning capacity. Over time, the safest investments, such as the bonds of solvent governments, tended to provide average annual interest rates of 2 percent to 4 percent above the rate of inflation. Most every student who ever took a course in economics, accounting or finance learned about the time value of money and about normal risk and inflation-adjusted interest rates.

Savers and investors for hundreds of years relied on these basic relationships in making decisions. But now the financial world has been upended with the efforts of the major central banks to depress interest rates far below normal for many years and now to move to negative interest rates, causing all sorts of unintended consequences.

The central banks of Japan, Switzerland, Sweden, Denmark and the European Central Bank are now all utilizing negative interest rates. The goal of the policy is to limit capital inflows and try to create some inflation. The negative interest rates on deposits have not yet been levied on depositors in their normal savings accounts — with some exceptions — but have primarily been imposed on commercial banks depositing money with their respective central banks.

The central banks that imposed negative interest rates have done so to discourage bankers from holding excess reserves with the central bank, thus encouraging them to lend more to households and businesses, as a way of boosting economic growth. But in a world of falling prices (deflation), there is an incentive for households and businesses to hoard cash rather than spend.

The incentive to hoard cash grows with economic uncertainty which, in part, is caused by the erratic policies of the central banks. U.S. Federal Reserve Chairman Janet Yellen in recent days said that she was open to negative interest rates in the United States — a comment that again added to market uncertainty.

Economist David Malpass of Encima Global has been correctly warning for some time that the Fed and other central banks have been on the wrong course. As Mr. Malpass wrote last week:

“The Fed absorbs money from one hand (in this case banks and, indirectly, their customers) and channels it to another hand (bond issuers). This biases the system towards bonds at the expense of savers, lenders and the smaller businesses that rely on bank loans. Credit is guided or rationed towards big borrowers, a misallocation that hurts growth because credit is overly loose for bond borrowers that don’t need it and overly tight for some that do.”

There are many perverse and negative effects from an extended period of artificially low or negative interest rates.

For instance, for a couple of hundred years, life insurance companies have been able to offer low rates for their policyholders by taking the insurance premiums and investing them in long-term, high-grade government or corporate bonds that would typically pay interest of around 4 percent per year after adjusting for inflation. If both mortality rates are highly predictable for large numbers of people (which they are) and if the real rate of interest is also highly predictable, it became possible to build a relatively low-risk life insurance business, which benefited both the policyholders and the insurance company owners.But when real interest rates are artificially reduced by central banks, the earnings of life insurance companies are greatly impaired, which will over time cause some of them to go out of business and for all of them to increase their insurance rates to the disadvantage of their customers.

One of the odder destructive effects of very low or negative interest rates is the increased incentive to hold cash. Government officials do not like for citizens to hold large amounts of cash because hoarding cash reduces consumer spending, thus slowing economic growth. The use of cash is largely untraceable, unlike checks and electronic transfers, thus making life more difficult for some in law enforcement.

To make holding cash more difficult and inconvenient, there have been calls to eliminate the issuance of high-value bank notes (currency) in Europe and elsewhere. Last week, former U.S. Treasury Secretary Larry Summers called for eliminating the $100 bill to make it more difficult to keep or use large amounts of cash, with the intention of forcing people into using electronic payments, which big brother government can monitor.

The policies of the central bankers and government financial regulatory officials, intentional or not, are destroying both economic opportunity and liberty. Do we really need these folks?