2 The Point News » Adventure/Explore » THE DONGBA SPIRIT OF NATURE

THE DONGBA SPIRIT OF NATURE 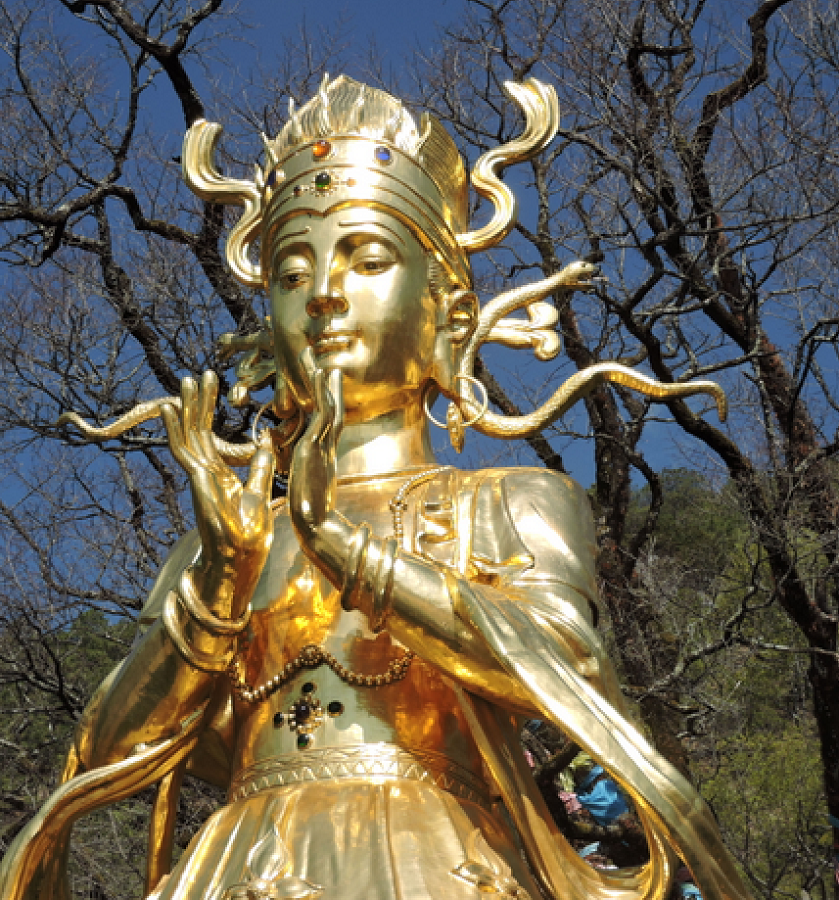 Originally nomads from the Tibetan Plateau, the Nashi people settled in the fertile Himalayan foothills of Yunnan over 2,000 years ago.  From the ancient Tibetan religion of Bön, they developed a unique religion of nature-worship called Dongba.  The progenitors of humanity and nature were two half-brothers, two mothers with the same father.  Nature is controlled by a human-snake chimera called Shv – a statue of whom you see here.

The Nashi are a peaceful gentle people whose ideal is living in accordance with nature.  They dress very colorfully, women have equal respect with men, they write with the world’s only still-functioning pictographic script, and are proud of preserving their culture for millennia.  It is an enchanting experience to be among them.  (Glimpses of Our Breathtaking World #163 photo ©Jack Wheeler)