THE DEPRAVITY OF THE MEDIA’S HUNTER BIDEN COVERUP

The Son of Joe

Imagine for a moment that Donald Trump had won the US election last month like he did in 2016.

Then imagine that his victory was quite narrow, like Biden’s, and came down to a few thousand votes in the swing states?

And then imagine that just before the election, a major US newspaper had published an explosive story about his son Donald Trump Jr. based around the contents of his personal laptop that revealed extensive dodgy dealings with people from foreign countries, some very unfriendly to the United States, and which even suggested his father may have been involved in some of those dealings?

Now imagine that in this eventuality, and with none of the key elements of the story denied by the Trumps, 90% of America’s mainstream media deliberately refused to cover the story, and social media giants like Twitter and Facebook actively suppressed it altogether?

Finally, imagine waking up today to hear that rather than Hunter Biden being formally investigated by federal authorities from the Justice Department over his financial affairs, as is the case, it was Donald Trump Jr. 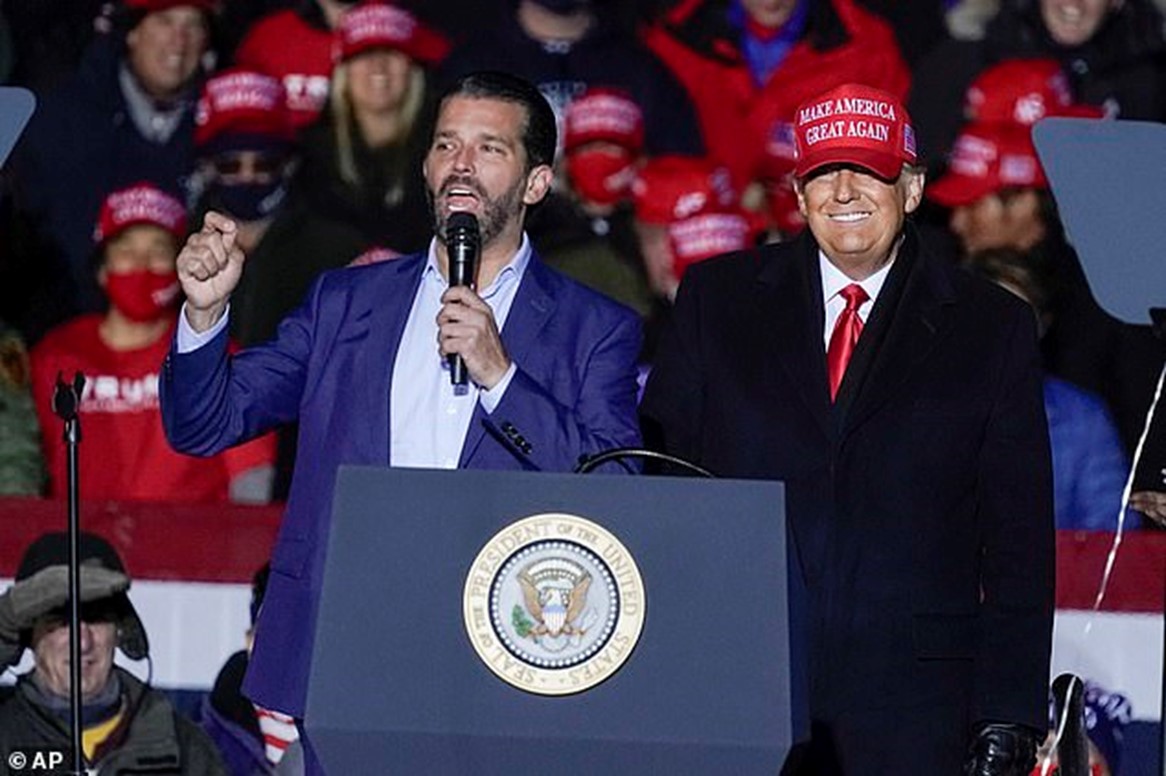 And that the investigation has been ongoing since 2018 but was ‘paused’ in case it affected the election.

And that it has looked at allegations of potential criminal violations of tax and money laundering laws. And that it is now in front of a Delaware Grand Jury with a view to indictment.

By now, there would be screaming that the election was ‘rigged’ and ‘stolen’ from Joe Biden, right?

I mean, who knows how damaging it might have been if this federal investigation into Hunter Biden’s finances had been revealed before the election, and the mainstream media had given it the full Hillary Clinton email treatment that many believe cost her the 2016 election?

I said at the time that the media’s abject failure to properly report the New York Post’s scoop about Hunter was a shameful dereliction of journalistic duty driven by the inherent liberal bias of much of the US media – and I said it as a liberal myself.

Predictably, and equally shamefully, the media responded by then trying to censor me too: I was dropped from an appearance on Brian Stelter’s CNN media show after going on Fox News and lambasting news organizations like my former CNN employers for refusing to follow up the Post’s Biden exposé.

CNN was happy to buy into Joe Biden’s line that it was all a hoax driven by nefarious Russians to discredit him.  Now the same CNN is reporting that the federal investigation is “examining multiple financial issues, including whether Hunter Biden and associates violated tax and money laundering laws in business dealings in foreign countries, principally China.”

CNN also reports that the investigation had been ‘largely dormant in recent months’ due to Justice Department rules that prohibit taking legal actions in cases that could affect an election.

That tells me there’s enough meat on the bone of the investigation to warrant genuine concern in the Biden camp.

If I were appearing on Stelter’s show this Sunday, I might ask him if he is still comfortable that CNN refused to pursue the Post’s story before the election? And what would they have done if it had been about Donald Trump Jr instead?

At the time of the Post story breaking, I said on Fox that the Democrats, mainstream media and social media firms could conspire to try to avoid it all they liked, but that wouldn’t make it go away and it would come back to haunt Joe Biden if he won the election.

Well, here we are.

Let me be clear: I have no idea if Hunter Biden has broken any laws with his financial dealings.  But I do know that a lot of his business activity in places like Ukraine and China raises significant questions, not least because his father was Vice-President during much of it.

Hunter was paid $50,000 a month to serve on the board of Burisma, a Ukranian energy company owned by a corrupt oligarch, despite having zero experience to perform such a duty; he advised a rich Romanian executive currently facing corruption charges; and he invested in a private equity fund linked to the Chinese government.

These are all facts.  In the face of them and the latest revelations, the Biden-Harris Transition issued a statement which said: “(Mr.) Biden is deeply proud of his son, who has fought through difficult challenges, including the vicious personal attacks of recent months, only to emerge stronger.”

This was a curiously worded comment, very personal and very defensive, yet not addressing the fact that Hunter is under investigation

And there’s plenty more in Hunter Biden’s financial back catalogue that is worthy of investigation to establish if he broke the law or used his father’s incredibly powerful position to feather his own nest. Or even that Joe himself may have been directly compromised by some of it – something he vehemently denies.

Whatever the truth, the bombshell revelation that Hunter’s the subject of a formal federal investigation is now a story that even the Trump-loathing mainstream media cannot ignore – however hard some will doubtless try.

Now we are faced with the possibility that not only will Hunter be a convicted criminal but that his father may be as well.  How could a man serve as President from a prison cell?  We owe this conundrum to the media that refused to report the truth.

Piers Morgan is a British journalist and television personality.