THE DEMS HAVE SHOT THEIR BOLT

Leftists rejoiced Tuesday (8/21) because it seemed Inspector Javert… er, Special Counsel Robert Mueller, was closing in on the evil Drumpf. Impeachment is back on the table.

On Tuesday, a jury in Alexandria Va. found Paul Manafort, the president’s former campaign manager, guilty of 8 of 18 counts of tax evasion and fraud.

Also on Tuesday, Michael Cohen, formerly Trump’s personal lawyer, plead guilty to eight counts of tax fraud.  It was announced within an hour of the Manafort verdict, even though Cohen’s plea bargain was signed last April 24.  Just a coincidence, right? 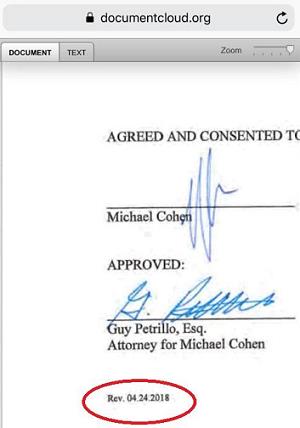 Neither the Manafort case nor the Cohen plea had anything to do with Russian meddling in the 2016 election, or alleged Team Trump “collusion” with them.

Manafort was convicted of offenses he committed years before he met Trump, when he was working (along with chief Democrat fixer Tony Podesta) for Ukrainian President Viktor Yanukovich, a Putin stooge.

If Cohen did violate the law (by contributing more than the law allows), it would be a misdemeanor (punishable by a fine), not a felony.

And it would be Cohen’s misdemeanor, not Trump’s. Trump would be complicit only if he knew, or suspected, that paying off Stormy would violate federal campaign laws, but directed Cohen to make the payments anyway.

There is no evidence of this. Since Cohen made (illegally) a tape of his conversation with Trump about this matter, if there were such evidence, it would have emerged by now.

Trump isn’t named in the indictment. There is no charge of conspiracy. In his plea, Cohen said he was the principal (he did it himself). It isn’t even clear the violation to which Cohen plead was to the Trump campaign. Here’s the law.

Why would Cohen plead guilty to a campaign law violation he knew prosecutors couldn’t prove? Brian Cates provides a hint. The maximum penalty for the seven counts of tax fraud is 65 years in prison. Under the plea agreement, Cohen will serve just 51 to 63 months.

For Cohen to say the president directed me to do it is the “kind of embellishment people put on a story when they want to avoid dying in prison,” says liberal lawyer Alan Dershowitz. “When the prosecutor says to them: ‘You’ll die in prison, or you can give me a story I can use to go and get the president’.”

The Lying Swine were so giddy over this renewed opportunity for guilt by association they dismissed the most significant news Tuesday, the discovery of the body of Iowa coed Mollie Tibbets, and the arrest of an illegal alien for her murder.

Watch as an MSNBC “contributor” dismisses Mollie as some “girl in Iowa” only Fox News is concerned about.  (Note the vile Trump Hater Bill Kristol sits next to her mute never objecting in the slightest.)

Prominent Democrats displayed their usual callousness with regard to victims of illegal immigrant crime.

A few hours after Mollie’s body was discovered, New York Governor Andrew Cuomo pardoned an illegal immigrant to keep him from being deported by ICE.

Fauxcahantas said she knows Mollie’s murder is “hard” for her family, but “we need to focus on ‘real problems’ like illegal immigrants not being able to see their kids.”

Normal Americans think Mollie’s murder is a real problem.  All lefties like this horrid Warren woman think is how to pivot to defense of illegal aliens, how “children are being separated from their parents” – never occurring to them that Mollie has been separated from her family permanently.

“We are all in shock,” tweeted an Iowa resident. “We live nowhere close to a border. Open borders have an effect on all states. We need to OPEN OUR EYES.”

We’re going to hear a lot more about illegal immigrant crime. Because he already has gotten the military budget approved, President Trump can (and IMO probably will) shut down the government if Congress doesn’t approve immigration reform, which will make it far and away the most important issue in the midterm elections.

What’s most important about the simultaneously-timed Manafort conviction and the Cohen plea deal is they’ve happened during the dog days of August.

As per usual, leftists will grossly overplay their hand. Over the next few days the facts will dribble out that:

*There is no way Cohen, or Trump, could be convicted of violating campaign finance laws.

Former Democrat presidential candidate John Edwards used campaign donations to pay hush money to his mistress (with whom he was having an affair while his wife was dying of cancer).

“Unlike Trump, the Edwards case was open and shut,” notes Sean Davis. “The indiscretions he wanted to cover up were not disputed by any party. The payments were directly tied to and the result of a political campaign. And yet… a jury refused to convict him of a single charge.”

*Cohen’s alleged violation is small potatoes. The Obama campaign in 2008 was fined $375,000 for hiding millions of dollars in contributions (some of which appear to be illegal), one of the largest fines ever imposed by the FEC. The MSM didn’t consider that to be a big deal.

As the facts dribble out, focus will shift to double standards, and prosecutorial misconduct.

The more leftists pound Trump for this trivial alleged offense, the more glaring will be Mueller’s failure to go after Hillary for far more obvious, far more serious offenses.

Trump supporters don’t care anymore about this now than we did back then.

I wouldn’t be surprised if Trump pardons Manafort, just to keep Democrats obsessing about what Americans aren’t interested in.

And can you think of anything more likely to boost GOP turnout in the midterms than the possibility this president may be removed from office?

Talk of impeachment is a tactical error, born of desperation. Democrats have shot their bolt. They have no more ammo. And we’re still in the dog days of August.

Hammers will drop on the coup plotters. Millions more will learn who the real colluders with Russia are.

Moonbats and Nervous Nellie conservatives, will learn the very stable genius in the White House is in control, has anticipated his adversaries’ every move… waited patiently for the right moment to crush them.

Your job?  Do all you are able to get out the GOP vote in November.