THE DEMOCRAT PARTY HAS A DEATH WISH 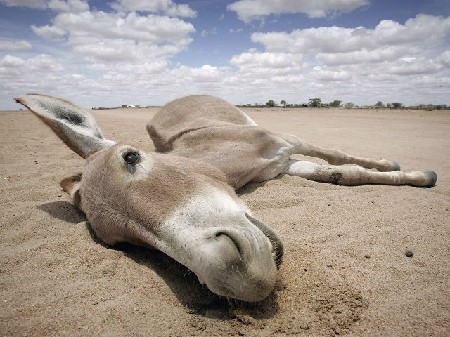 Last week I thought the Democrats were having a nervous breakdown. I was wrong.  It’s worse.  They actually have a death wish or what Freud called a “death drive” (Todestrieb).

They literally want to extinguish themselves and/or their party, or many of them do. At least they’re acting that way.

That was the first thing that crossed my mind watching the explosion of demonstrations by liberals and progressives (I’ll spare you the scare quotes) across the country evidently mortified that families were being separated at the border — something that had been happening for decades without their protesting or, in ninety-nine percent of the cases, their even knowing about it.

The polls show the vast majority of Americans think they’re cracked and want, as do citizens of almost all countries, secure borders and legal immigration.

So why are they doing this?  Do they secretly want open borders?  Are they actually wannabe socialist revolutionaries out to change American society at its core?

Maybe some are, but if you truly wanted those things, you would behave differently and not so counter to your own interests, alienating with your behavior the very people you claim you want to convince.

As I mentioned, I think the reality is worse — and infinitely sadder.  You don’t have to be a Freudian (and I’m not) to see the Austrian doctor had a point about our unconscious desires. He was far from the first. Ages before, the ancient Greeks personified this death wish in Thanatos, a minor god in their pantheon but not so minor in our lives.

All of us have moments of self-sabotage, but what we are witnessing with the Democrat Party now is a massive expression of this, approaching self-destruction.

Trump hatred has released something far deeper than anger at one person. The rage is projected outward at a supposedly unjust country, but also equally at themselves, mocking or inverting everything they previously stood for.  The party, as Eddie Scarry writes in the Washington Examiner, is in deep crisis.  Who knows what will come out the other end or if it will at all?

At this point, they don’t know what they want, only what they want to destroy.  This is a symptom of depression, as explained by William Berry in a Psychology Today article entitled “How Recognizing Your Death Drive May Save You.”

Freud believed that most people channel their death instinct outward. Some people, however, direct it at themselves. Depression has often been described as ” anger turned inward.” Many with suicidal ideation make disparaging and aggressive self-statements. This also relates to Freud’s theory; some people are driven to destroy themselves.

In her excellent post, “The Inner Voice That Drives Suicide,” Lisa Firestone, Ph.D discusses how a critical inner voice convinces people “it is better to end their lives than to find an alternative solution to their suffering.” This inner voice may originate in the death drive.

Can this also be true of political parties?  Well, they’re also composed of people, n’est-ce pas?  If I had advice to give the Democrats at this point, it might be the subtitle of Berry’s article: “Your Death Drive Is Out to Destroy you.  Tame it.”

But on second thought, why bother?  Was it Sun Tzu, Machiavelli or Napoleon who said “Never interfere with an enemy when he is in the process of destroying himself“?