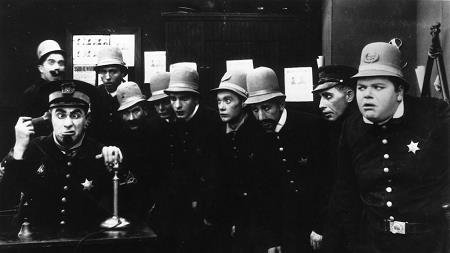 What if they’re not that smart, though? Just malicious?

The New York Times earlier this month reported that a joint interagency task force met at CIA headquarters beginning in the spring of 2016 to dig up dirt on Donald Trump. The task force attracted a group of acolytes that reads like the cast of characters in a Hollywood script about a ragtag band of rogues turned commandos.

In the top role was their temperamental leader, CIA Director John Brennan, adding a Lee Marvin-esque gravity to the production.

Lurking somewhere in the shadows was DOJ official Bruce Ohr, whose own wife Nellie was conducting opposition research on behalf of the Clinton campaign, in her paid position with Fusion GPS.

Add to the mix National Intelligence Director James Clapper, who once perjured himself before the United States Senate.  His skill-set would be particularly helpful to this group of misfits.

For comic relief there was FBI Director James Comey.  In Comey-world, it was never enough to just be a gumshoe detective enforcing mundane things like immigration laws.  He had to be saving the world in an epic battle against Russians.

Which lent a literary archetype to the rollicking production:

“Now look, your grace,” said Sancho, “what you see over there aren’t giants, but windmills, and what seems to be arms are just their sails, that go around in the wind and turn the millstone.”

“Obviously,” replied Don Quixote, “you don’t know much about adventures.”

There were plenty of laughs because incompetence in law enforcement has been funny since the days of the Keystone Cops.

Ohr was assigned as the liaison between the FBI and his wife’s coworker, Christopher Steele, because these people weren’t very good at avoiding even the appearance of impropriety.

Steele authored a notorious dossier about Trump, which proposed that he once found a bed in Russia where the Obamas had slept and paid prostitutes to pee on it.

Finding prostitutes in Russia is easy. But locating the exact bed where the Obamas slept must have been like solving a riddle, wrapped in a mystery, inside an enigma.

Most hilariously, Strzok and Page texted a daily chronicle of their tortured intrigues, the deep state equivalent of using a Ryder truck to blow up the World Trade Center and returning the next day to claim the deposit.

And finally, last weekend, we got our first glimpse of the task force’s British spy, Stefan A. Halper. Americans are accustomed to their British spies in cufflinks and sports cars coyly flirting with Miss Moneypenny.

Halper, though, is a frumpy professor in a tweed jacket who looks like someone you would see buying lawn ornaments at a flea market.

So important was Halper that he was paid clandestinely through a secretive office, just like Roosevelt and Truman once paid for the Manhattan Project.

According to Department of Defense Office of Net Assessment records, the nutty professor got $282,295 to ingratiate himself with low-level members of the Trump campaign and entrap them into saying something incriminating about Hillary emails.

Unless, that is, the recorded payments were for something else Halper was doing for international security around September 2016, like winning a craps game in Monte Carlo against his Russian nemesis that decided the fate of the world.

This motley crew had one thing in common: animosity for America’s favorite reality show host.

Steele told Ohr he “was desperate that Donald Trump not get elected and was passionate about him not being president.”

Strzok texted Page that although it was highly unlikely “Trump gets elected,” the FBI “can’t take that risk” and needed an “insurance policy” against a Trump presidency.

Halper was on record telling a news source, “I believe [Hillary] Clinton would be best for U.S.-UK relations.”

Brennan, Clapper, and Comey still won’t shut up about how much they hate Trump.

As comical as it has been to watch these bumblers who think they’re smarter than everyone else make fools of themselves, it is time to end it. Drain the Swamp.  Lock them Up.

Put Brennan and Comey in jail and cut deals with the rest to avoid hard time.  That would do.

Thomas Farnan is a practicing attorney in Pittsburgh PA, where he is a contributor to the Pittsburgh Post-Gazette as well as Forbes Magazine.