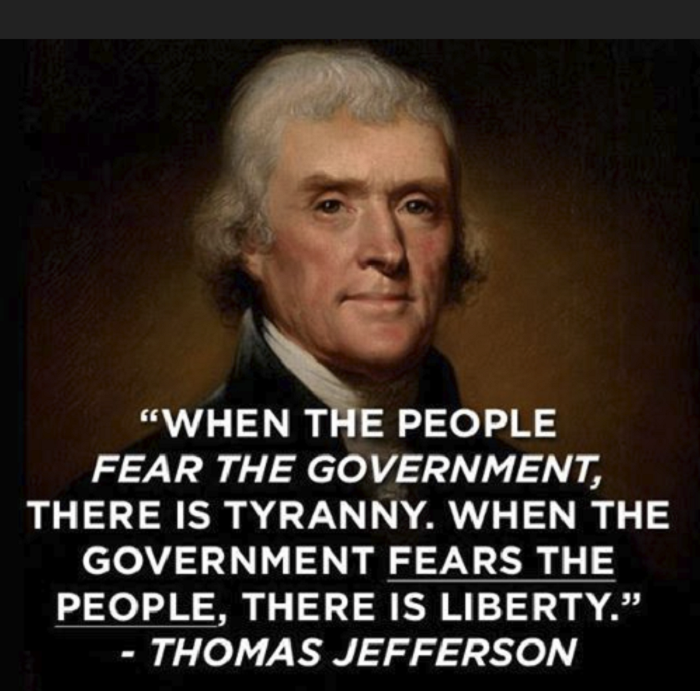 The new Democrat Congress seems intent on passing laws that will result in massive civil disobedience.

Most people, when confronted with an unjust law or one that infringes on what they view as an essential liberty, will not take to the streets like a violent Black Lives Matter mob, but instead use passive resistance.

The passive resistance can take the form of merely refusing to comply with the demanded action and/or paperwork, or finding legal or illegal ways around the intent of the law.

This past week, Congress passed, and the president signed into law, a $1.9 trillion “COVID relief bill” that had little to do with COVID-19. The legislation was filled with many destructive and odious provisions.

One of the most odious measures, which has already received considerable press comment, is an item to forgive debt up to 120% of the amount actually borrowed for “socially disadvantaged farmers or ranchers.”

According to the U.S. code, “The term ‘socially disadvantaged group’ means a group whose members have been subjected to racial or ethnic prejudice because of their identity as members of a group without regard to their individual qualities.”

Many decades ago, in order to solve the problem of what racial or ethnic group any person belonged to, the government allowed “self-identification.” Thus, we saw the absurdity of a very light-skinned, blue-eyed blond woman (aka, Elizabeth Warren) claiming she was an American Indian so her employers could get points for hiring a “minority.” What Ms. Warren did was unseemly but not illegal.

The COVID-19 bill enables billionaire ranchers who identify as Black, Native American, Asian or perhaps even Irish to claim a tax credit supposedly denied to poor White American farmers. Everyone understands this is a government-sanctioned scam.

The poor White farmers will quickly realize that all they have to do to qualify is to claim some Black, brown, yellow or red blood and they too will magically qualify. In the woke era, everyone is trying to find their “minority” genes, where up until recently many people denied having the “wrong” genes.

The great economist and American humorist Walter Williams, who passed away last December, often told the story (which eventually he put in his autobiography) about his experience in the U.S. Army in Korea in the 1950s.

At one point, he had to fill out a form that included a question about race — so Walter checked “white.” His commanding officer demanded to know why an obviously Black man was claiming to be White. Walter knew he had the right to self-identify, so he said to the CO that he noticed the White guys got the better jobs. The CO, not wanting further confrontation, quickly made Walter the company clerk — a nice inside job with no heavy lifting.

Before the Civil War and in the Jim Crow South afterwards, the definition of who was White and who was “Colored” became an important legal question, as there was much intermixing among the races. Even those with as little as 1/16 or 1/32 of African blood were at times considered “Colored.”

During the same time, many light-skinned Blacks (called “high yellow” back then) “passed” for White and became part of White society.

The point is there are no pure races, particularly in America, and the attempt to give privileges or penalties on the basis of skin color or background is not only morally wrong but a fool’s errand.

Should very rich Japanese American have “farm loans” forgiven, because at some point their ancestors were discriminated against? The courts will probably rule that the provisions are unconstitutional, and civil disobedience will take place in the form of everyone claiming to have had ancestors who were treated poorly.

The House of Representatives has also passed measures this past week to require that all gun transactions — including those within a family and between friends — be subject to background checks. The measures fit the category of unenforceable laws. There are more guns than people in the U.S. and perhaps half of all families have guns.

Many guns are passed along generation to generation, and between friends and interest groups. Only somebody totally naive about the American gun culture thinks that these folks are going to roll over and submit.

Even most of proponents admit that the anti-gun measures voted on will do almost nothing to stop mass shootings or the thugs in Chicago, Baltimore, etc. from butchering each other. Those politicians who say they want to defund the police and also restrict the law-abiding gun owners are looking to be unemployed.

It makes you wonder, what type of person has so little respect for American history, equal justice for all, and the fundamental right of self-defense that they could possibly vote for the above-described laws?

One of the triggers for the American Revolution was the attempt of the British to seize the arsenal in Concord, Massachusetts.

The time is soon to come when, as Jefferson knew, when people stop fearing government, and politicians and bureaucrats start fearing them instead.

Richard W. Rahn is chairman of the Institute for Global Economic Growth and MCon LLC.