THE CASTLE PRISON OF RICHARD THE LIONHEART 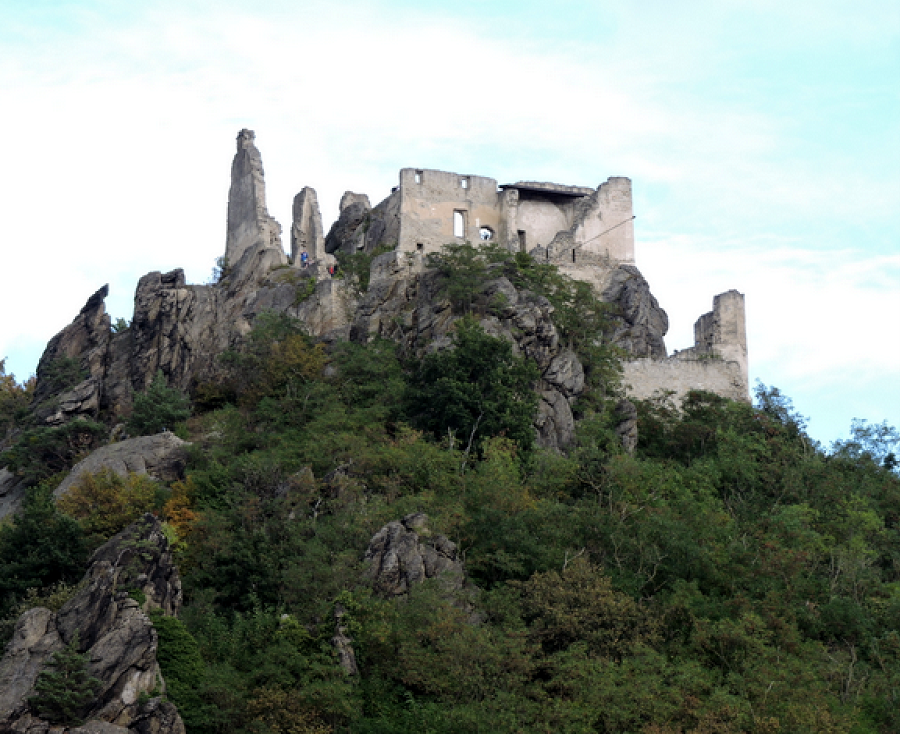 This is Durnstein Castle, perched on a precipice high above the Danube River in Austria some 60 miles upriver from Vienna. Built in the early 1100s, here is where King of England Richard the Lionheart was imprisoned, having been captured by his enemy Leopold V of Austria on his return from the Third Crusade in the Holy Land.

The story is well known of how Richard’s brother John had usurped the throne and impeded paying Richard’s ransom – and the legend of Robin Hood raising the money pilfering it from thieving nobles.  The ransom was finally paid in 1194, with Richard returning to be crowned King of England once again.  The castle fell into disrepair, uninhabitable since the late 1600s.  It is an eerie journey back into history to explore it today. (Glimpses of Our Breathtaking World #197 photo ©Jack Wheeler)