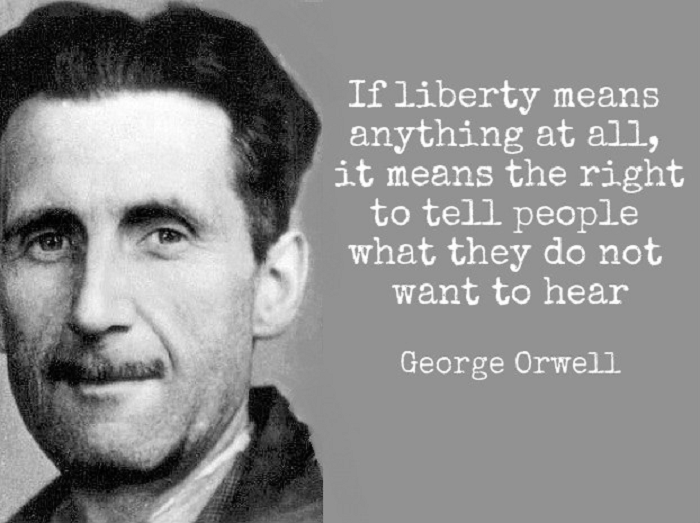 Oberlin University is under fire over its Professor of Religion and Islamic Studies who once served as the Iran’s ambassador at the United Nations. He’s Mohammad Jafar Mahallati, who supports the fatwa against Salman Rushdie.

The author of Satanic Verses is recovering from a savage knife attack by fellow Islamist Hadi Matar in accordance with the fatwa.

“I think if Western countries really believe and respect freedom of speech, therefore they should also respect our freedom of speech. We certainly use that right in order to express ourselves, our religious belief, in the case of any blasphemous statement against sacred Islamic figures.”

It was a familiar misrepresentation of free speech values. Islamic countries have long claimed that banning speech or killing those who engage in blasphemous speech is a form of free speech.

The Iranian view of free speech shows the extreme end of the slippery slope of relativism in free speech. We have been debating this increasingly common claim that shutting down speech is free speech.

At the University of California campus, professors actually rallied around a professor who physically assaulted pro-life advocates and tore down their display.

When conservative law professor Josh Blackman was stopped from speaking about “the importance of free speech,” CUNY Law Dean Mary Lu Bilek insisted that disrupting the speech on free speech was free speech. (Bilek later cancelled herself and resigned after an inappropriate comment in a faculty meeting).

In this case, Iran issued a fatwa supporting the killing of Rushdie and offering a huge reward. Ultimately, two of his translators were knifed, one fatally.  Supporting a fatwa is an exercise of free speech. Acting on a fatwa to harm someone is a crime.

Critics, however, insist that Mahallati was a high-ranking official supporting this state action.  A more serious allegation has surfaced over a 2018 Amnesty International report accusing Mahallati of carrying out “crimes against humanity” for covering up the massacre of at least 5,000 Iranian dissidents in 1988.

That is conduct or action by Mahallati that would raise grounds over his fitness as a member of a faculty. Yet, he has denied that allegation and Oberlin said that it has investigated and rejected it.

If the school has previously investigated the matter, it should be treated as closed absent new evidence. We recently saw the reopening of an investigation at Princeton as a pretext to fire a controversial faculty member.

On what we know, it would seem that Mahallati would be protected under free speech and academic principles despite his reported anti-free speech views.

Of course, it does not take away from the grotesque position that he has taken. Ironically, his faculty page discusses how he “developed innovative courses with interdisciplinary approach to friendship and forgiveness studies and also initiated the Oberlin annual Friendship Day Festival.”

His personal website further states his research is “focused on the ethics of peacemaking in Islam in the context of comparative religions.”

As for Iran, it denies any involvement in the attack but added its own sense of offense at being criticized. Instead, it again attacked Rushdie.

Kanaani’s is strikingly similar to Mahallati’s statement back in 1989. Only in the most twisted view of free speech (and logic) would there be a contradiction in condemning the attempted murder of an author while supporting the author’s right to express his views.

Few academics would support Iran’s blood-soaked interpretation of free speech. However, we need to address the creeping relativism that is sweeping across our campus.

A recent poll was released by 2021 College Free Speech Rankings after questioning a huge body of 37,000 students at 159 top-ranked U.S. colleges and universities.

It found that sixty-six percent of college students think shouting down a speaker to stop them from speaking is a legitimate form of free speech.  Another 23 percent believe violence can be used to cancel a speech. That is roughly one out of four supporting violence.

Faculty and editors are now actively supporting modern versions of book-burning with blacklists and bans for those with opposing political views. Others are supporting actual book burning.

Columbia Journalism School Dean Steve Coll has denounced the “weaponization” of free speech, which appears to be the use of free speech by those on the right. As millions of students are taught that free speech is a threat and that “China is right” about censorship, these figures are shaping a new society in their own intolerant images.

The Left on colleges across America and Iran’s blood-soaked mullahs seem to agree on an Orwellian meaning of “free speech.”

Jonathan Turley holds the Shapiro Chair for Public Interest Law at The George Washington University Law School.  He is one of America’s most widely-recognized experts on constitutional and public interest law.