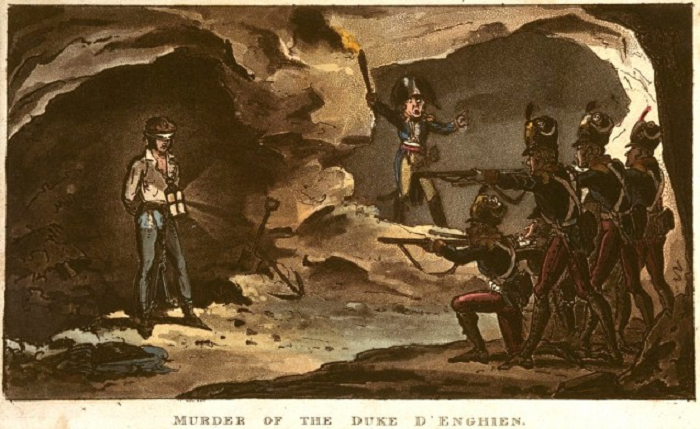 “It was worse than a crime, it was a blunder”
Talleyrand on Napoleon’s ordering the murder of the Duke of Enghein, 1804

If the courts refuse to award the presidency to the rightful victor, the anti-Trump cabal, driven by a four-year single-minded obsession to defeat President Trump, will have committed the greatest political blunder in American history — the unabashed and overt theft of the 2020 presidential election.

This myopic and oblivious gathering so misunderstood the depth and breadth of support for Donald Trump that their blatant manipulation of the election would fall monumentally short of the planned for and anticipated landslide defeat of the incumbent.

A landslide they needed in order to dominate the political arena for the foreseeable future and avoid any backlash from the electorate for their duplicity.

Thus, this cabal, which consists of the Democrat party establishment, Tech and Wall Street billionaires, the mainstream media and left-wing elitists, will find itself in a quagmire of being unable to govern.  The Democrat party’s dominant and radicalized left-wing base will revolt over failed promises and expectations while the extent of the fraud will inevitably be fully exposed, resulting in half or more of the citizenry viewing the government as illegitimate.

The unleashing of Covid-19 on the world by the Chinese Communists opened the door for massive voter fraud, primarily via mail-in ballots, to be introduced into traditional battleground states.  Operating on the four-year premise that the destruction of President Trump justifies any means, the Democrat party establishment extra-constitutionally imposed changes to election laws in a number of states.

At the same time their cadre of co-conspirators were also mobilized.

The social media oligarchs and the mainstream media controlled and blatantly censored the flow of information.  The self-styled progressive billionaires, in violation of campaign laws, poured untold millions into so-called get out the vote campaigns.  And the left-wing elites mobilized their army of foot soldiers to intimidate state and local politicians as well as state and federal judges in addition to being frontline participants in various statewide voter frauds.

These conspirators smugly believed that they had successfully set up a scenario wherein Donald Trump would be defeated in such a massive landslide that a vast majority of the citizenry would never question the results.

Further, Donald Trump would be so marginalized that his future as the leader of a growing political movement would be rendered moot as he slunk, tail between his legs, back to Mar-A-Lago.  Thus leaving the political playing field in the hands of the established ruling class in near perpetuity.

Instead, the worst-case scenario played out.

The election came down to four battleground states, Wisconsin, Georgia, Arizona, and Pennsylvania with a total margin for Biden of 120,000 out of 18,600,000 legally or illegally cast votes or 0.6%.  The question of fraud, despite the cowardice of the federal and state judiciaries, cannot be swept under the rug particularly as so many illegalities have already been exposed.

Further, nearly half of all likely voters (75% of Republicans and 30% of Democrats) already believe there was sufficient fraud in the election to ensure Biden won.  Despite the best efforts of both social and mainstream media as well as the Democrat party hierarchy, that perception will never dramatically change in Biden’s favor.

Once in office, both Joe Biden and Kamala Harris would be viewed by a significant plurality if not outright majority of Americans as transparent frauds and imposters thanks to an unabashedly fraudulent election.

A citizenry already consumed with contempt for the ruling class due to their ham-handed police-state tactics in dealing with the Chinese Coronavirus is now waking up to their duplicity and megalomania.

Without the modicum of a mandate and open hostility towards a Biden/Harris Administration, there is very little the ruling class can do to enact their agenda with the specter of revenge in the 2022 mid-terms hanging over their heads.

However, there is a more pressing issue that will impact the nation.

The left-wing base of the Democrat party can rightfully claim that it was their grassroots efforts that pushed the Biden/Harris ticket over the top.  Had there been the landslide all had anticipated and planned for, then the left would have had no choice but to be satisfied with the crumbs from the executive table as their role in the election fraud would be downplayed.

But there will be no crumbs from the table, as many of the grandiose plans of the ruling class will have to be shelved.  This will not sit well with the rank-and-file left-wing radicals as they will realize they were mere pawns in the lawless seizure of power by their nemeses.

The billionaire class, the corporatists and the ruling elites and their collective self-interest runs counter to Marxist/socialist ideology of the left.  None of the promises made during the campaign season will be kept as these doctrinaire socialists and their leaders will be shunted to the side while their erstwhile allies focus on maintaining their stranglehold on the levers of power in the face of an aroused and determined opposition led by Donald Trump.

In the spring and summer of 2020, the ruling class, in a marriage of convenience, tacitly allied themselves with another anti-Trump faction, the left’s uncontrollable militant militias, Antifa and Black Lives Matter.

By their collective silence and capitulation in the face of ongoing riots, violence, intimidation and looting, they conveyed to these self-styled revolutionaries that they are spineless and easily intimidated.  When the radical left is ignored and marginalized by a Biden/Harris Administration and the frustration level reaches a boiling point, then these militants will again take to the streets in an even more violent manner.

The bitter harvest of massive election fraud will be a government beset with an inability to govern, as it will have no good will with the bulk of the American people and a political base it cannot placate.  The perpetrators of this fraud are predestined to fail as well as hasten the ultimate demise of the Democrat Party.

Steve McCann is president of Lendlease, a company headquartered in London and the United States specializing in the financing of capital equipment and projects in Third World countries.