THE BACKLASH IS COMING FOR WOKE CORPORATE AMERICA 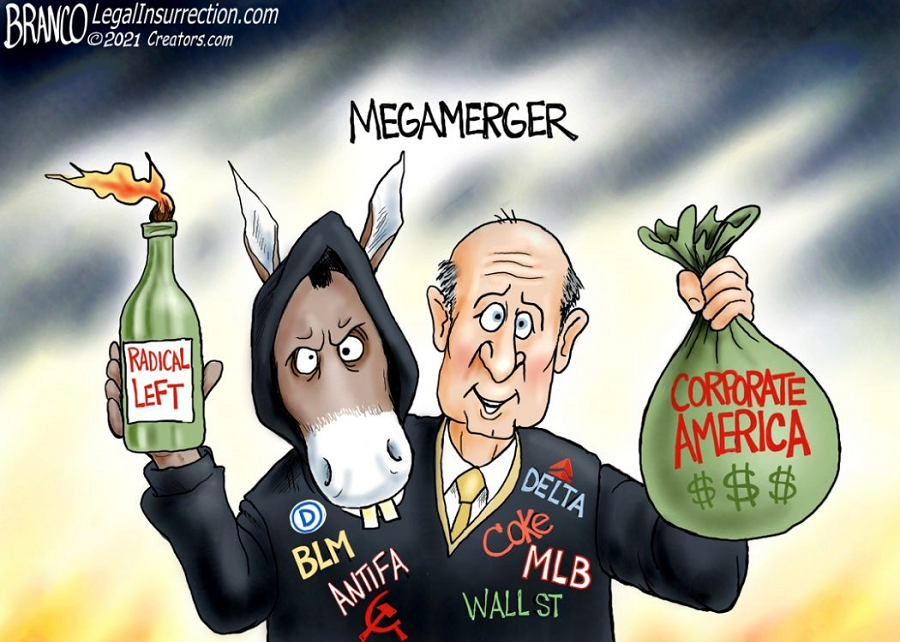 I hope you are all having fun with your virtue signaling. I hope you are enjoying trying to one-up each other and showing how woke you can be, all the while believing that you are more sophisticated and morally superior to the hard-working people of this country.

You must have loved the accolades from your elitist, left-wing peers when you took the MLB All-Star Game from Georgia. What a fun day for you on Twitter. Congratulations.

Never mind that you have destroyed working people’s jobs and hurt people who haven’t worked since COVID-19 took a member of their family or destroyed their small business.

You get texts from your elitist friends praising you for your courageous stand when you support “mostly peaceful” movements that loot small businesses, set fire to government buildings, and take the lives of innocent people.

You think that makes you morally superior to the people in what you call “flyover country.”

But you are lying.

You are lying to Americans, lying to each other, and lying to yourselves. You know that everything you have said about the election reforms in Georgia being racist is a lie.

You know that the Georgia law actually expands early voting and does nothing to suppress or curtail the voting rights of anyone. And yes, the Georgia law requires an ID to vote. Well, so does Delta Airlines to get on their planes, and so does Major League Baseball in order to pick up tickets to their games.

You give the woke mob concession after concession, hoping to buy time to rake in more cash under your watch. You feed the rabble leftist mob that is shouting that America is racist, hoping they won’t come for you.

Amazingly, the woke, liberal corporate news media is just as dishonest as you. They support your lies. And the President of the United States, Joe Biden, shows you the way. He demonstrates how to lie in public and get away with it.

Let me give you woke corporate leaders a heads-up:

You are, in fact, morally inferior to the working men and women of this great country, who are not racist people, and who, unlike you, care about truth.

And here is another bit of news for you: There is a massive backlash coming. You will rue the day when it hits you.

That day is November 8, 2022. That is the day Republicans will take back the Senate and the House. It will be a day of reckoning.

It turns out that power does corrupt, and you have become corrupt. American taxpayers will soon stop tolerating your lies, your attempts to denigrate them, and your attempts to control the way they think, act, talk.

So, cancel as many people as you can right now. Make as much money off of slave labor in Communist China as you can now. Keep telling your customers how racist and sexist and unsophisticated they are.

The backlash is coming.