2 The Point News » Guest Authors » Members Only » THE AVIGNON PRESIDENCY 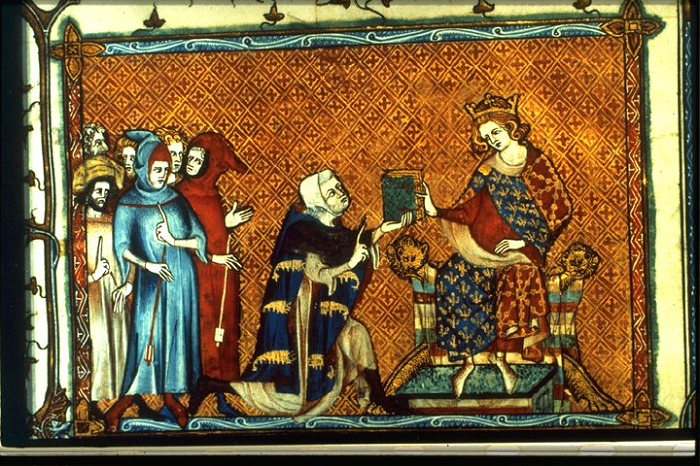 The late Middle Ages were a time of great political and cultural turmoil in the West.  One of the greatest upheavals occurred within the Catholic Church of that era.  It was called the “Avignon Papacy” resulting in the Great Schism of the Church, lasting 108 years from 1309-1417.

The Encyclopedia Britannica describes it this way:

“Distressed by political factionalism in Rome …  in 1309, Pope Clement V moved the papal capital to Avignon (in far southern France). During this time, the Sacred College of Cardinals began to gain a stronger role in the government of the church.  A vast reorganization and centralization of administrative offices and other agencies was effected…

After Pope Gregory XI reestablished the papal capital in Rome, cardinals of the Sacred College selected a second pope, who assumed the vacant Avignon seat.  This marked the onset of “The Great Schism” and it was not healed until 1417.”

History may not repeat, but it often rhymes.  America is not merely divided, as many of today’s political commentators claim, but it’s in the midst of a Great Schism as the church was in Avignon.

Two completely distinct cultures are now simultaneously claiming the same nuts and bolts of the structure of America as their own, but with holistically different reasons and visions for doing so.

One side wants to use it to maintain a way of life that was once considered traditional in America.  The other desires revolution to undo many of those traditions it views as standing in the way of their reimagining of America.

Unless President Trump’s court challenges to the integrity of the election are successful soon, Joe Biden is going to be sworn in as the next president of the United States on January 20.

Given the fact that Biden represents the Left’s cultural revolution, on top of the ongoing controversy surrounding his  election theft, it’s certain that most all of the 74 million people who voted for Trump’s re-election would see Biden as an illegitimate president from the get-go.

And we’ve already lived through four years of Democrats and their media attempting to de-legitimize the Trump presidency even before it began.

This is the language and behavior of schism.  It transcends even the most strident of political differences, and it cuts right to the existential heart of the matter.

For years, it was forces on the Left pushing this cultural zero-sum game of zero accommodation for dissent, via their weapons like political correctness, campus censorship, and now cancel culture.  However, now that the right has finally gotten the message that there’s no place for its people in the post-revolution America the Left aspires to, we have reached the point of no return.

A full-fledged cold civil war is underway – that may well become hot.

If Trump is ultimately denied the presidency, he will not drift off into irrelevancy as his detractors hope.  Quite the contrary:

Losing this way despite massively growing his appeal among voters compared to 2016 will only make Trump stronger in the hearts and minds of his base.  He will become a living martyr — something even more powerful than a president in some ways.

The right in America has finally gotten the message the American Left has been trying to convey — Leftists have no intent of sharing Americana with those who still believe in it.  If you cherish normalcy, let alone righteousness, you will be canceled — to the point that nothing remains sacred or agreed upon.

Nothing is exempt from the gaslighting — not even a drug that is suddenly claimed to be dangerous after 60 years of being publicly certified as safe: HCQ.

The American Left is altering the deal, and it now stands as this: either you end your way of life voluntarily, or we end it for you.  That’s it, take it or leave it.

To lose to these Leftists, and this disputed way, will make Trump president in absentia to scores of millions of Americans.

And while he’ll have no say in policy, he will continue to have much sway over the narrative — to the point where Trump will either be the GOP nominee again in 2024 or have a massive say in who is.  After all, everyone on the right — not being paid to say otherwise — already knows that the typical technocrat Republican such as a Mitt McCain is no threat to the Leftist Visigoths coming over the wall.

And that’s even if he doesn’t leave office and establish his own competing media entity, as is often speculated.

If he doesn’t ultimately prevail in court, there is little doubt that Trump will become the first Avignon president.  Now, on the subject of whether this schism will ultimately heal, there is much doubt.

Although it’s doubtful we have 108 years to find out.

Steve Deace is the author of the new book A Nefarious Carol, and  hosts a daily two-hour podcast for BlazeTV.