THE ART OF GOVERNMENT CRIMINALITY 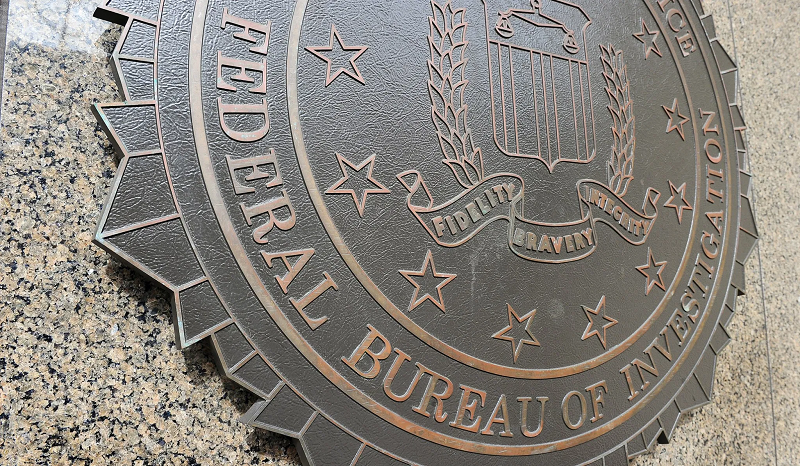 Now the Federal Bureau of Criminality?

In the entire 2016–19 efforts to derail the Trump campaign, transition, and presidency, Hillary Clinton, Christopher Steele, and the FBI, Department of Justice, CIA, and other government bureaus have consistently sought to distort reality.

Some of our best and brightest have destroyed evidence, altered documents, lied, leaked, and pled amnesia when questioned about their reprehensible conduct. At each stage, they were aided and abetted by a compliant media.

The dissimulation over the past four years has fallen into four rough categories. Here are a few examples of each.

Christopher Steele, who bragged for years of his meticulous research and whose work has been quoted chapter and verse as proof of Trump wrongdoing, recently testified under oath to a British court that he now has no records of his supposed conversations with “sub source” Russian informants.

His lawyers previously had insisted that his sources were “meticulously documented and recorded.” Now Steele sheepishly admits that such an assertion was a lie, given that he can produce no evidence at all for his meticulous allegations. He admits that his emails and documents were wiped clean from his devices by January 2017.

FBI operatives working with the Mueller investigation team admitted that thousands of undisclosed text messages between Peter Strzok and Lisa Page simply disappeared. In addition, the phones of Strzok and Page apparently were wiped clean after Strzok was dismissed from the Mueller team.

Most of these mysterious losses, according to the Mueller investigation, were supposedly a result of a software glitch or other computer malfunctions.

Hillary Clinton, remember, had her lawyers delete some 33,000 emails that were subpoenaed by the FBI; she claimed that they were private and not work-related.

The FBI, however, subsequently recovered a few thousand of them from her private server. Among that trove, it found, to the contrary, several emails that were in fact work-related and could have easily been compromised.

Why destroy evidence if one has nothing to hide? And why would all these deleters and erasers at one time or another be found working for the most esteemed agencies of the U.S. and U.K.?

The inspector general Michael Horowitz found that FBI lawyer Kevin Clinesmith altered an email that he submitted as part of a FISA court request to monitor Carter Page.

Apparently, his FBI superiors either did not know of Clinesmith’s felonious behavior or ignored it, despite the FBI’s role in obtaining government permission to surveille a U.S. citizen who has never been charged with a crime — though the government did leak to the press that Page was under surveillance.

In addition, FBI attorney Lisa Page and Peter Strzok altered the 302 report of the FBI’s Flynn questioning, again apparently in an effort to misrepresent the agents’ on-site and initially positive impressions that Flynn was truthful, despite the circumstances of the agents’ planned perjury ambush.

Apparently the original 302 had become so heavily altered, with Page sending edits to Strzok, who inserted them into the file alongside his own changes, that the FBI eventually submitted instead as evidence a later interview of Strzok’s about his original interview of Flynn. The original 302 is apparently nowhere to be found and may well have been also destroyed.

On Inauguration Day, 15 minutes after Trump took the oath of office, outgoing National Security Adviser Susan Rice strangely concocted an email sent to herself, to post facto reconstruct the January 5 West Wing meeting of President Obama and his intelligence heads that had coordinated reports of ongoing surveillance of the Trump campaign and his presidential transition.

Why would Rice write an email for the record to herself on her last day in office?

Samantha Power testified to Congress that she could not remember her own requests to the NSA for the identities of more than 300 redacted American names swept up in government surveillance. In response, Congressman Trey Gowdy described her as “the largest unmasker of U.S. persons in our history” — a curious obsession with espionage and intelligence for a U.N. ambassador.

Did Power have sudden memory loss while testifying under oath, or was her office a de facto clearinghouse for dozens of lower-level operatives who sought her pro forma signature to allow them to request unmaskings of such redactions?

Or was the Harvard-trained lawyer simply lying under oath? Did she assume that no one of her stature who lies to Congress — compare the exemptions given congressional prevaricators such as James Clapper and John Brennan — is ever held to account?

Apparently not in Power’s mind, when in March 2018 she warned Donald Trump about the reach even then of former CIA director John Brennan: “Not a good idea to p*** off John Brennan.”

James Comey on 245 occasions could not remember or did not know the answer when asked factual questions by the House Intelligence Committee.

Did the FBI stickler for memorializing presidential conversations and taking notes nonstop simply have an unplugged moment like Power, or is he suffering some of the same cognitive issues that now challenge Joe Biden?

Robert Mueller on 198 occasions told House members while under oath that he could not answer their questions because he didn’t know, he couldn’t remember, he couldn’t speculate, or he couldn’t get into such matters.

He seemed oblivious to the role that the Steele dossier and Fusion GPS had played in the entire collusion mythography — as Congress was left to speculate whether Mueller was either lying or non compos mentis, or a figurehead who knew nothing about the basic facts and nomenclature of his own 22-month investigation.

Clapper, McCabe, and Comey could not remember or indeed cite any incriminating evidence of Trump–Russia collusion in their respective testimonies before the House Intelligence Committee. But all most certainly acted as if they could when they appeared on cable television as paid analysts.

Obviously, CNN and MSNBC do not pay good money for marquee insiders who can only offer their television audiences “I don’t remember” and “I don’t know” and “not to my knowledge” in the manner that they discussed the same topics under oath before Congress.

Former acting FBI director Andrew McCabe was cited on at least three occasions by the IG for giving false information. But so what, when President Obama himself said that he had no idea that his secretary of state, Hillary Clinton, was communicating over an illegal private server — at least until he was reminded that he himself had communicated with her over it multiple times.

The FBI Steele dossier was leaked by the FBI — most likely by the FBI’s top lawyer James Baker — to Yahoo and Mother Jones before the election.

James Comey via a friend leaked to the media his classified memos of private presidential conversations. After he admitted his illegal leaks, Comey’s former friends and subordinates in the FBI, including Page and Strzok, post facto determined that the leaked memos were — mirabile dictu — almost all not so secret and thus the leaks were not actionable.

But even if Comey’s friends had not classified his presidential memos as merely “confidential,” Comey had an out. Later he claimed that his conduit to the media, Daniel Richman, a law professor at Columbia University and Comey’s close friend, was his own personal attorney.

Thus, he signaled that he could exercise attorney-client privilege to avoid testifying at all about the leaked memos in any proposed criminal trial.

There were numerous other illegal leakers. Who leaked to the press the unmasking of Michael Flynn, both his conversation with the Russian ambassador and the fact that he was interrogated by the FBI?

We will likely no more learn of the leaker’s identity than we will discover which lawyer of the Mueller dream team leaked in advance to the media the written questions about “collusion” and “obstruction” that they were sending to Trump.

There are three things to remember about all the above illegality.

As a rule, we don’t like to jail those with letters of certification after their name. Nor do we convict those who claim to be our bipartisan “wise” public servants who have purportedly sacrificed so much on our behalf. Nor do we indict and go after any who were close to presidents and thus might flip or turn state’s evidence to save themselves by ruining the good name of their president emeritus boss.

In other words, we send swarms of cops or on occasion even SWAT teams to the homes of the likes of a Roger Stone or Paul Manafort or a sleazy Michael Cohen, but not to the townhouse of a Samantha Power, or James Comey’s abode, or the estate of Hillary Clinton, or the seaside digs of Barack Obama.

You see, it’s just not done.