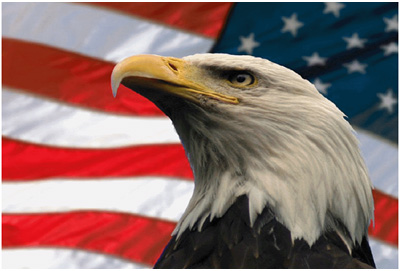 All my life, I have always thought it was the coolest thing on planet Earth to be an American.

I have been to something close to 300 countries and distinct political jurisdictions in the world, and whenever someone asks me, “Where are you from?” it is a special thrill to be able to answer, “America – I’m an American.”

Thanksgiving is the unique American holiday. We share Christmas and Easter with every other Christian nation. Most every country celebrates its Independence Day, and the birthdays of their founding heroes.

Thanksgiving is ours, where we give our deepest thanks to Providence for the extraordinary gift of America to mankind.

Other countries have their special times to celebrate their uniqueness, when their citizens take pride in their country’s achievements, and all to the good.

Thanksgiving is America’s Day, the time when all Americans – all – get to celebrate the achievements of the most successful society in history.

It is a tragedy that so many of our fellow citizens are mired in a quicksand of rage and bitterness towards their country and their President.  For them, this day is bittersweet, trying to enjoy a bountiful dinner with friends and family yet unable to feel a boundless joy in simply being an American.

The last thing you and I should feel towards them today is schadenfreude.  Maybe tomorrow, but not today.  We should wish instead for them to embrace these words from one of their own:

“In an American election, there are no losers, because whether or not our candidates are successful, the next morning we all wake up as Americans. And that is the greatest privilege and the most remarkable good fortune that can come to us on earth.”

You may be startled to know who said that:  John Kerry in his concession speech to George Bush on November 4, 2004.  That graciousness is in such stark moral contrast to the deranged viciousness over the past year.  What could have caused such derangement?

Let’s ask that very specifically:  What is it about the presidency of Donald Trump that triggers an outpouring of hatred for America among the Left unlike we have ever seen before?

Liberals, Democrats, and members of America’s Fascist Left may very well be enjoying this day – enjoying good food, good wine, good friends and family.  Let’s hope they are.  We should not begrudge them this moment of good cheer.

But what has always been difficult for them is to enjoy being American, being thankful for America, to celebrate the abundance of America, that we celebrate on Thanksgiving.

Any celebration of theirs is always a yes…but thankfulness.  “Yes, we have much to be thankful for on this day, but we must never forget what we did to the Indians and the slaves, that there is still too much poverty and racism in America, blah, blah, blah…”

The purpose of Thanksgiving is to be thankful for being American. This is the day to celebrate the goodness of our country – the moral goodness, the moral decency of American institutions, American history, and the character of the American people.  Without any buts.

It’s easy for conservatives to do this – it comes natural to us.  It’s the opposite for liberals, who relish and revel in incessant guilt-mongering – and can’t celebrate a Thanksgiving with no buts.

Nonetheless, we have never witnessed such a tsunami of hate for America, its history, its principles, its very existence by the Left as now.  What has Donald Trump done to cause this?

The simple answer:  Trump has triggered and set on fire the deepest fear in the very heart of every liberal:  the fear of envy.

“Fear of the envy of others is one of mankind’s most deeply primal and pervasive terrors. Envy-avoidance is one of the most basic and primary motivators of human behavior.

Liberalism is nothing more than a pose by those afraid of envy. Liberalism is not a political ideology or set of beliefs. It is an envy-deflection device, a psychological strategy to avoid being envied. It is the politicalization of envy-appeasement.”

Winston Churchill defined Marxism, be it Socialism or Fascism, as “the gospel of envy.”  It is the gospel that Obama, Hillary, the Lying Swine Fake News media, and all Democrats preach.  It takes extreme moral courage to reject it.  For as Churchill observed:

“Some see private enterprise as a predatory target to be shot, others as a cow to be milked, but few are those who see it as a sturdy horse pulling the wagon.”

Yet that moral courage is exactly what a majority of American voters demonstrated by electing Donald Trump.  Only American voters could be so envy-free to elect so opulent a capitalist businessman who proudly flaunts his earned wealth rather than apologizing for it.

With Donald Trump, Americans chose the embodiment of capitalist abundance over being impoverished wards of The State.  Americans chose to laugh at the Left’s deepest fear, igniting that fear as never before, a fear so deep and primal it has made them lose their minds.

On this day we should pray for them to regain their minds and their basic decency.  They are our fellow Americans, to whom we should reach out to help them overcome the terrifying fear in their souls.

For if they do, they will be liberated to feel as we do: grateful for our country, for the very existence of America, for the priceless privilege of being an American.

Happy Thanksgiving to you all.