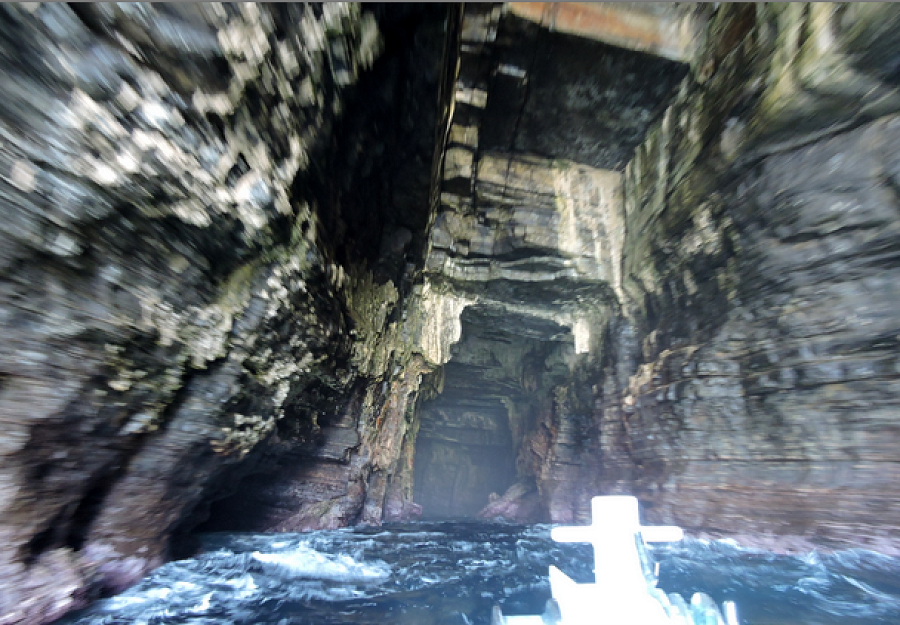 On the south coast of Australia’s island state of Tasmania, there is a huge sea cave the aboriginal Tasmanians called The Mouth of Hell for the shrieking and moaning the waves and wind made emitting from it.  Boatsmen prefer to enter it to this day protected by a cross on their fishing boat’s bow.

The wild beauty and mystery of Tasmania is absolutely extraordinary.  At 35,000 square miles, it is the size of Maine with a population of less than half a million.  Towns like Hobart and Launceston are charming, but the magic is in the uninhabited wilderness that makes up much of the island as a hiker’s paradise.  That and a momentous coastline almost beyond belief.

If you’re ever in Oz, especially Melbourne, don’t miss the chance to explore Tasmania. (Glimpses of Our Breathtaking World #150 Photo ©Jack Wheeler)