SO MUCH HAS CHANGED FOR THE BETTER THANKS TO PRESIDENT TRUMP 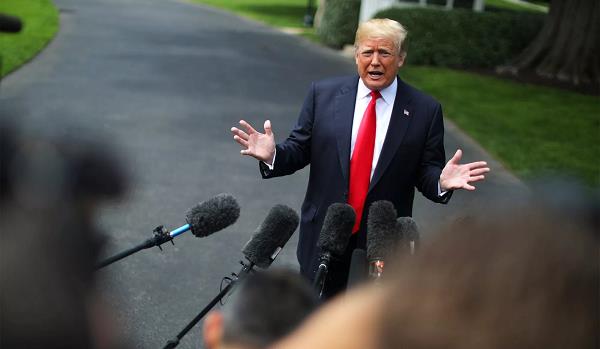 Not that President Trump will get any credit.

The news obsesses over the recent government shutdown, the latest Robert Mueller arrest, and, of course, fake news — from the BuzzFeed Michael Cohen non-story to the smears of the Covington Catholic High School students.

But aside from the weekly hysterias, the world has dramatically changed since 2016 in ways we scarcely have appreciated.

The idea that China systematically rigged trade laws and engaged in technological espionage to run up huge deficits is no longer a Trump, or even a partisan, issue.

In the last two years, a mainstream consensus has grown that China poses a commercial and mercantile threat to world trade, to its neighbors, and to the very security of the United States — and requires a strong response, including temporary tariffs.

The world did not fall apart after the U.S. pulled out of the flawed Iran nuclear deal. Most yawned when the U.S. left the symbolic but empty Paris Climate Accord. Ditto when the U.S. moved its embassy in Israel from Tel Aviv to Jerusalem.

In retrospect, most Americans accept that such once-controversial decisions were not ever all that controversial.

There is also a growing, though little reported, consensus about what created the current economic renaissance: tax cuts, massive deregulation, recalibration of trade policy, tax incentives to bring back offshore capital, and dramatic rises in oil and natural-gas production.

Although partisan bickering continues over the extent of the upswing, most appreciate that millions of Americans are now back again working — especially minority youth — in a manner not seen in over a decade.

The Supreme Court and federal judges will be far more conservative for a generation — as Trump’s judicial nominations are uniformly conservative, mostly young, and well-qualified.

For all the acrimony about illegal immigration, the government shutdown over the wall, and the question of amnesties, most Americans also finally favor some sort of grand-bargain compromise.

The public seems to be agreeing that conservatives should get more border fencing or walls in strategic areas, an end to new illegal immigration, and deportation for those undocumented immigrants with criminal records.

Liberals in turn will likely obtain green cards for those longtime immigrants here illegally who have a work history and have not committed violent crimes.

Americans have paradoxically grown tired both of costly overseas interventions and perceptions of American weakness that led to the Libyan fiasco, the Syrian genocide, the rise of the ISIS caliphate, and Iranian-inspired terrorism.

Today U.S. foreign policy actually reflects those paradoxes. The public supports a withdrawal from the quagmires in Afghanistan and Syria. But it also approved of bombing ISIS into retreat and muscular efforts to denuclearize North Korea.

Two years ago, most Americans accepted that the European Union and NATO were sacrosanct status quo institutions beyond criticism. Today there is growing agreement that our NATO allies will only pay their fair share of mutual defense if they are forced to live up to their promises.

Europe is not stable and steady, but torn by Eastern European anger at open borders, Southern European resentment at the ultimatums of German banks, and acrimonious negotiations over the withdrawal of the United Kingdom from the EU.

Most Americans have now concluded that while the EU may be necessary to prevent another intra-European war, it is increasingly a postmodern, anti-democratic, and unstable entity.

Trump has not changed his campaign reputation for being mercurial, crass and crude.

But what has changed is the media’s own reputation in its hysterical reaction to Trump. Instead of empirical reporting, the networks and press have become unhinged.

When reporting of the presidency has proved 90 percent negative, and false news stories are legion, the media are no longer seen as the remedy to Trump but rather an illness themselves.

Since 2016, polls show that Americans have assumed that the proverbial mainstream media cannot be counted on for honest reporting but will omit, twist and massage facts and evidence for the higher “truth” of neutralizing the Trump presidency.

When asked on “The View” why so often the liberal press keeps making up facts, “jumps the gun” and has to “walk stuff back when it turns out wrong,” Joy Behar honestly answered, “Because we’re desperate to get Trump out of office. That’s why.”

Trump’s popularity is about where it was when he was elected — ranging on average from the low to mid-forties. But his policies have led to more prosperity and address festering problems abroad.

And despite the negative news, they are widely supported, even — or especially — if Trump himself is not given proper credit for enacting most of them.