Busting the 2020 election megafraud: This man is hiring the right type of people to perform an existentially important job:

Spineless Barr caves to the judgement of Deep State DOJ attorneys and FBI officials – all of whom have received liberal and legal educations at left wing brain washing laundromat universities:

White House Slams AG Barr’s Claims Of No Election Fraud: “There’s Been No Semblance Of A DoJ Investigation”

Specific testimony on cheating in Arizona:

Some details on PA election cheating:

PA Supreme Court tosses vote by mail suit because it came too late – and, unfo9rtunately, they have a valid point:

The Dominion/Smarftmatic crypto key was stolen, and much more:

You don’t have to be a computer security expert to understand what these facts mean:

“If Only Cranks Find The Election Tabulations Strange, Put Me Down As A Crank…”

The Real Presidential Election was Rigged in 2018

Trump and time; “Trump also questioned how Biden could beat Obama’s vote numbers in swing states but remain far below Obama’s records in other areas of the country.”

Donald Trump: ‘Facts Are on Our Side’ in Election Fight, but ‘Time Isn’t’

But Dorsey can’t let the peons find out about the cheating:

“The Fraud Was Executed By Many Means”: Sidney Powell “Releases Kraken” With Dual Lawsuits In Michigan, Georgia

I don’t expect SCOTUS to block certification of the vote and throw the election into the House as a contested election.  This is a marathon, with checkpoints in 2022, 2024, 2026, and 2028, not a sprint to January 20, 2020.  Rehabilitating the American electoral system in ‘crat controlled cities isn’t going to happen within the next couple of months – but it can happen in the long run if enough evidence of systemic and massive electoral fraud is brought forth now.

Records: Lin Wood Has for Decades Voted for, Donated to Democrats Including Barack Obama and David Perdue’s 2014 Opponent

Second is items on the Scamdemic:

SCOTUS 5-4 “But even in a pandemic, the Constitution cannot be put away and forgotten” – Justice Barrett

Nursing Home Killer Cuomo  calls SCOTUS decision “irrelevant”.  There is no provision in the Constitution that allows “scientific expertise” to override its provisions.  The Supreme Court must eventually come to this conclusion or the Constitution will become utterly irrelevant:

I couldn’t make this stuff up.  No, really! Who in their right mind could?

This Thanksgiving, The Government Gifts Us COVID-19 Sex Advice

The uselessness of cloth masks (not to be confused with N95 respirators):

Effectiveness of Adding a Mask Recommendation to Other Public Health Measures to Prevent SARS-CoV-2 Infection in Danish Mask Wearers: A Randomized Controlled Trial: Annals of Internal Medicine: Vol 0, No 0

Google censors Mises Institute video about masks, agreeing with Soviet economist Lieberman writing in the 1980s, “We must not consider the Austrian school of economics.”

Go get a warrant!

There is no pandemic exception written into the Constitution, and the framers certainly were aware of them.  I think that every business owner who has been forced to close should sue the government that closed them under the 5th Amendment’s Takings Clause.  Takings suits can be for a temporary takings (for the duration of the closure) or for a permanent taking if the business is forced into permanent closure.  We are talking about trillions of dollars of liability here against States, counties, and municipalities. Note that the suits would be litigated in Federal Courts.  The purposes for the Takings Clause are not just to justly compensate those whose property has been taken for a public purpose, but also to incentivize government at all levels to consider and subsequently bear the costs of such takings.

Diseases and Epidemics During Revolutionary America 1763 – 1783

The Mystery of the Missing Pandemic-Caused Excess Deaths:

A closer look at U.S. deaths due to COVID-19

The reasons they state for retraction are here:

They start by saying, “Editor’s Note: After The News-Letter published this article on Nov. 22, it was brought to our attention that our coverage of Genevieve Briand’s presentation “COVID-19 Deaths: A Look at U.S. Data” has been used to support dangerous inaccuracies that minimize the impact of the pandemic.

We decided on Nov. 26 to retract this article to stop the spread of misinformation, as we noted on social media.”

The World Economic Forum has no intention of allowing a good crisis to go to waste.  Here is their Great Reset that they plan for us – in their own words.  Among many other changes, it includes the elimination of private property for us serfs:

Politics, Positivism, & The Science Of Tyranny

They don’t look very happy, do they?

Interesting thoughts on ‘Crat weaknesses from the New York Times:

Most American voters think that the other party’s voters are America’s most dangerous enemies.  They are right, and it is going to get a lot worse before it gets better:

Voters See Each Other as America’s Enemy

Note: You can help to support saf.org by buying via smile.amazon.com instead of amazon.com.  Same selection, same prices, but 1/2% of your purchases goes to the charity of your choice, and you can choose the Second Amendment Foundation.

Trump promises to terminate Section 230 – Do it!

Carter Page files $76 million lawsuit over FISA wrongful spying in Crossfire-Hurricane.  This could have major consequences:

Carter Page Sues Comey, DOJ And Others For $75 Million Over Crossfire Hurricane Abuse

If you threaten to nuke millions of Jews, you are not likely to live long and posper; good riddance to very dangerous rubbish:

What surprised me was that the tech was so crude.  This is a job that should have been done with advanced technology.  On the other hand, a new news story accuses Israel of doing the job remotely via satellite:

Wise words for investors; remember to think well beyond next January 20:

Creator Of The Bond VIX: It All Comes Crashing Down After 2025

Especially since the Fed has increased the US money supply by 40% in the last 8 months:

But wait!  There’s more!  And it isn’t from the Babylon Bee:

We are in a danger zone – but danger is opportunity!

Dalio: The United States Is At A Tipping Point That Could Lead To Revolution Or Civil War

Dalio’s full essay here, “The Cycle of Internal Order and Disorder & Where We Are in It”

The Archetypical Cycle of Internal Order and Disorder

“That’s A Dire Warning”: Dalio’s Chart Hints At What Beijing Is Really Up To 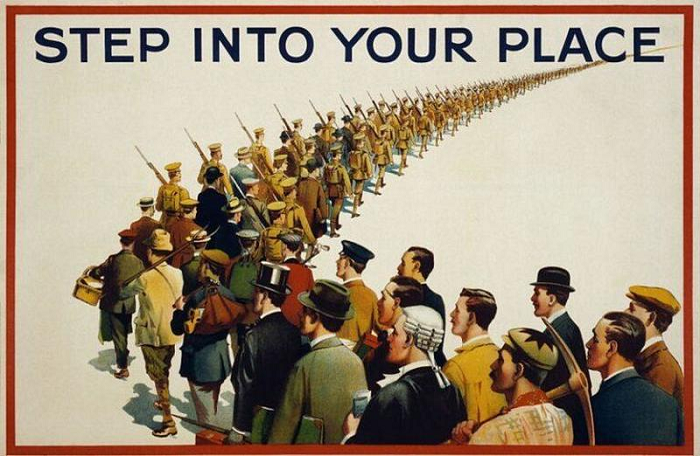 On the illusion of consent, and more:

Power Is An Illusion, Control Is A Facade